It’s arguably no wristwatch on a Roman soldier, but Game of Thrones proved with its latest episode that no amount of production time can make a show impervious to whoopsies.

As spotted by many an eagle-eyed viewer on Sunday night, a modern takeout coffee cup (House Starbucks?) was left on the Winterfell banquet table in a scene from the fourth episode of the HBO saga’s farewell run. An accidental anachronism, for sure. But the real shame here is not that it was probably one of TV’s rare full coffee cups (seeing as it was surely left behind by a cast or crew member before the director yelled, “Action!”), but that showrunners David Benioff and D.B. Weiss happened to be in the same scene, making cameos as wildlings. 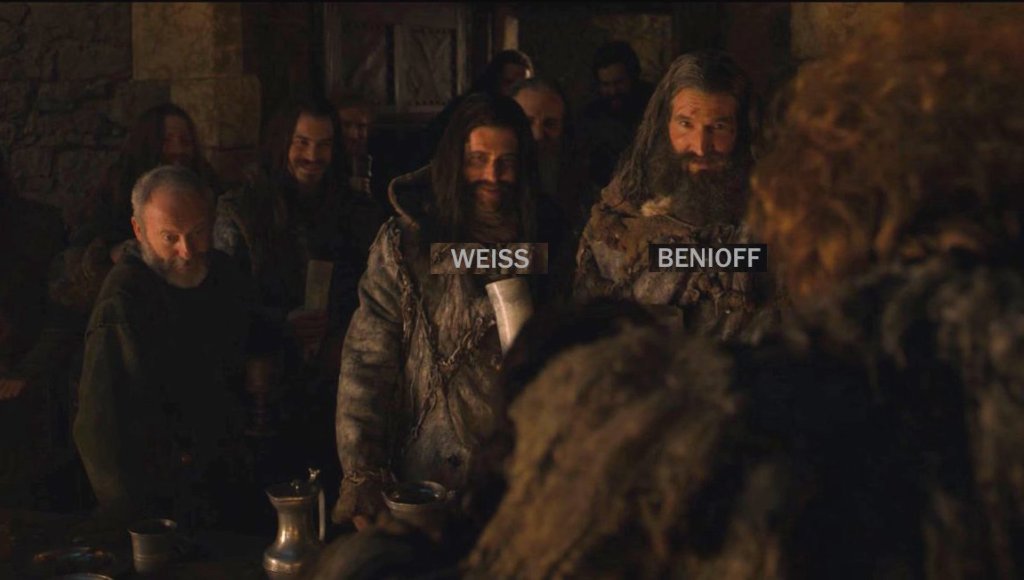 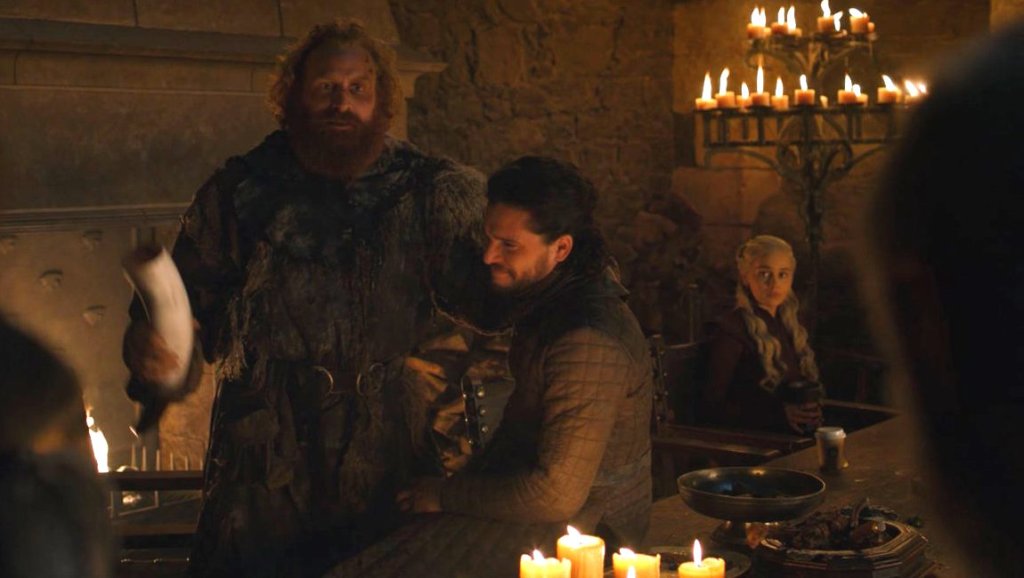 Now to be fair — inside baseball alert! — Benioff and Weiss were not necessarily staring in the direction of the wayward coffee cup as they filmed their appearance. The takes facing Tormund, Jon, Dany and her decaf Pike Place roast (with almond milk and six Splenda) may have been filmed at one time, before the cameras turned around to shoot Jon Snow’s cheering section. At which point, the java’s owner might have quietly reclaimed his/her cup.

Interestingly, it has also been noted this is not the first time that a coffee cup has sneaked into a Thrones scene (see far left):

Everyone freaking out about the Starbucks cup in a Game of Thrones episode is also forgetting about this masterpiece of television from a few seasons ago pic.twitter.com/qADPueM9Fu

UPDATE: HBO had some fun with the gaffe in a statement released Monday. “In response to inquiries from those who saw a craft services coffee cup in Sunday night’s episode of Game of Thrones, HBO states, ‘The latte that appeared in the episode was a mistake. Daenerys had ordered an herbal tea.'”

ADDITIONAL UPDATE: As of Tuesday morning, our sister site Variety reports, the cup can no longer be seen in the version of the episode available on HBO Go.

Did you spot the coffee cup on first go-round? Will the cinematographer blame it on our TVs?