THE PERFORMANCE | Yes, Game of Thrones‘ white walkers are on the attack, and sure, everyone’s probably going to die in the next several episodes. But for a shining moment in Sunday’s hour, none of that mattered… because Brienne finally got the recognition she’d secretly yearned for for years. How fitting that the knighting scene also gave portrayer Christie a (final?) chance to showcase her considerable talents as she moved the warrior from scoffing disbelief to teary-eyed joy in just a few minutes’ time.

When the eve-of-battle conversation turned to why Brienne wasn’t formally a knight, Christie put up the character’s usual defenses. With a sneer, she stated that she’d never wanted admittance into the traditionally male order — then nervously averted her eyes after Pod’s knowing look laid bare her true feelings. And when Jaime ordered her to kneel so he could start the proceedings, she huffed a humorless laugh: Brienne is a character who has been mocked her entire life, and Christie’s body language suggested that the Kingslayer’s gesture was just more of the same.

But when it became clear that the offer was a serious one, Christie filled Brienne’s every movement with a wary hope. Her eyes were wet even before she knelt before her former adversary; when he bid her rise as an official knight, how the heck did she kept those brimming tears in check so long? Our favorite moment came at the end, when Brienne heard herself announced as “Ser Brienne” for the first time and burst into a smile that could light up all seven of the kingdoms. If the men watching hadn’t started the applause, we would have: To Ser Brienne, and the amazingly talented woman who plays her! 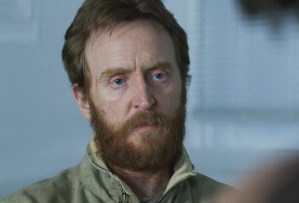 HONORABLE MENTION | When SEAL Team first introduced Brett Swann, you may have assumed the retired SEAL was but a blowhard full of war stories. But when those Post Its began popping up, you realized he instead would serve as a heartbreaking cautionary tale for Clay, thanks to a nuanced performance by Defiance vet Tony Curran. “My issues are not psychological, they’re physiological,” Swanny barked at a VA shrink, as Curran registered the vet’s frustration. “Shoving more pills down my throat isn’t going to help me! I was injured. I-I am injured.” We were then full-on rooting for this recurring character, and thus felt the gut punch when a VA doc said he could not authorize assessment, let alone treatment, of Swanny’s TBI, since it wasn’t diagnosed upon being sustained in combat. “How could I have known to report it when I didn’t even understand it?!” Swanny argued, before lamenting the rote process: “Treat the symptom, not the problem. And for me, nothing changes. Just more pills.” 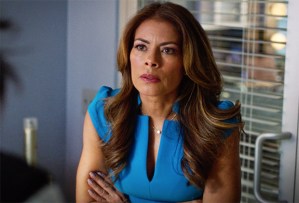 HONORABLE MENTION | Just as Tuesday’s Being Mary Jane series finale packed a season’s worth of storylines into a two-hour event, so too did Lisa Vidal wreck us with a season’s worth of emotional performances. From her battle with cancer to her long overdue engagement, Kara’s tale of tragedy and triumph was just as compelling as Mary Jane’s, anchored by Vidal’s refreshingly vulnerable portrayal of woman forever fighting to have it all. Of course, it wasn’t all high drama — Vidal also kept things light when necessary, and always with that signature side eye. What would Mary Jane even be without her? 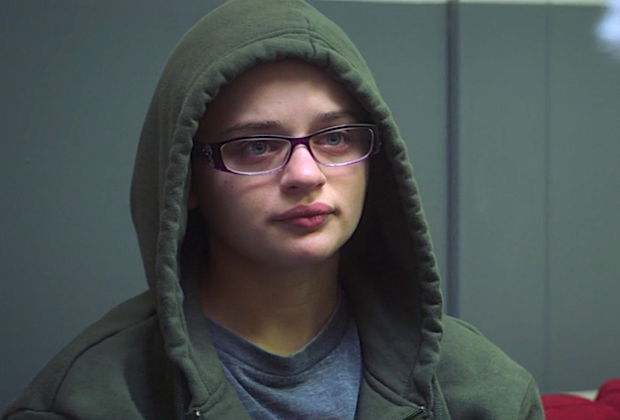 HONORABLE MENTION | On Hulu’s brutal The Act, Joey King had already KO’d us with her fearless and sensitive handling of Gypsy’s sexual awakening and realization that she wasn’t the enfeebled charity case of her mother’s design. And in the series’ penultimate episode, she bowled us over anew as she deftly navigated her real-life character’s whiplash-inducing attitude adjustments. One minute, she was letting Gypsy’s baby-talk voice verge on a sob as she defended the mother she’d had murdered; the next, she was bringing a cold pragmatism to her demeanor, even as Gypsy freaked about being busted. By the time the curtain fell on King’s tour-de-force, we knew that there was only one word that could come close to doing it justice: not good, not great but sick.