We’ve got questions, and you’ve (maybe) got answers! With another week of TV gone by, we’re lobbing queries left and right about shows including Veep, Arrow, Chicago Fire and Supernatural!

1 | Doesn’t anyone on Game of Thrones think that hiding in the crypt from an invading army of undead soldiers — an army that has the ability to raise the dead to fight alongside them, mind you — is a spectacularly bad idea?

3 | Has American Idol‘s elimination process somehow become even more truncated and uncomfortable? And what monster thought it was a good idea to turn The Little Mermaid‘s “Part of Your World” into a group number?

4 | Were you kind of disappointed that Arrow added Diggle and John Jr. to the future’s long list of troubled parent-child relationships? 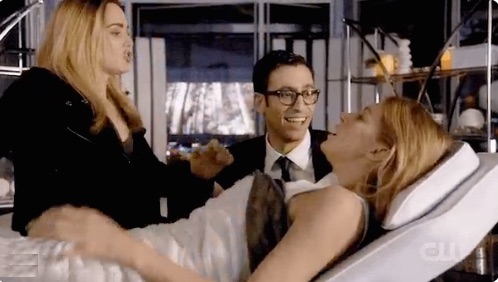 5 | Does Legends of Tomorrow realize that Annoying Interrupter of Sweet, Earned Character Moments is not a good look for Gary?

6 | On The Fix, you had to figure that ER vet Erik Palladino wasn’t simply playing “courthouse security guard,” right?

7 | Are you hoping that The Flash‘s Eobard has in fact genuinely been trying to help “little runner” Nora, or would you prefer that he in typical fashion reveal an utterly dastardly ulterior motive?

9 | Is The Bold Type making more sexual euphemisms than usual?

10 | Riverdale fans, were you hoping that Luke Perry would get a more fitting send-off in his final episode than just one brief scene? And there’s no way Betty’s dad Hal is really dead, right?

11 | Those Chicago Fire hints of a potential Brett/Casey romance are coming on strong now, aren’t they?

12 | Does Chicago P.D.‘s Burgess have the absolute worst luck in the romance department?

13 | On The Good Fight, did it strike you as odd when Marissa off-handedly mentioned that the Maia changed her phone number when she moved, suggesting that Rose Leslie’s MIA lawyer had a landline but no cell?

14 | Gotham fans, is 10 years not as much time as we think, or was the show a bit stingy with ‘aging” any characters other than Selina? Also, is the Wayne Enterprises logo (right) supposed to look similar to the Warner Communications logo (left), as a “meta” nod? Or is a W sometimes just a W?

15 | When Supernatural revealed the Woman in White, were you thrown a bit by the fact that Sarah Shahi wasn’t playing her, as she did in the pilot? And which monster from the show’s early seasons would you like to see again?

16 | Where was Superstore‘s baby Parker during big sister Emma’s quinceañera? And what was with that random dig at Amazon’s Patriot?

17 | Wouldn’t The Big Bang Theory‘s Leonard, Sheldon, Howard and Raj have made sure they preordered tickets to Avengers: Endgame?

18 | Would Brooklyn Nine-Nine‘s Amy, of all police officers, have told someone calling with a murder tip that they couldn’t meet right away because of her dentist appointment?! 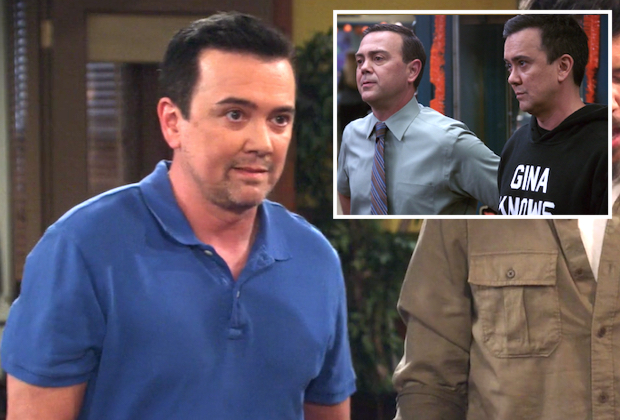 19 | Did anyone else watching Mom think Brooklyn Nine-Nine‘s Joe Lo Truglio was making an unannounced guest appearance, only to realize that it was actually the actor who plays Boyle’s Halloween heist doppelgänger, Bill?

20 | Did you think The Orville forgot to account for Bortus in the new timeline, or did you reckon he’d show up when least unexpected?

22 | Despite seeing at least a half-dozen Neil Patrick Harris-fronted commercials per day, are you still not entirely sure what “Facebook Portal” is?