Game of Thrones fans counting down the minutes until Sunday’s season premiere just got luckier than Jon Snow during the Battle of the Bastards: They’ll be able to get a glimpse of Westeros ahead of the series’ final season return later that evening.

Granted, it’ll happen only two hours ahead of the show’s HBO airing, courtesy of CBS’ 60 Minutes. But when you’ve been waiting more than a year-and-a-half for a show to come back, every minute counts, right?

In Sunday’s edition of the long-running news journal, host Anderson Cooper will go behind the scenes of the massively popular fantasy series for a segment that will include interviews with stars Emilia Clarke, Peter Dinklage and Kit Harington, as well as showrunners Dan Weiss and David Benioff and Thrones novel series author George R.R. Martin. As you can see in the photo above, Harington will take Cooper on a tour of the show’s prop and costume departments, where they’ll spend a little quality time with Ned Stark’s severed head. 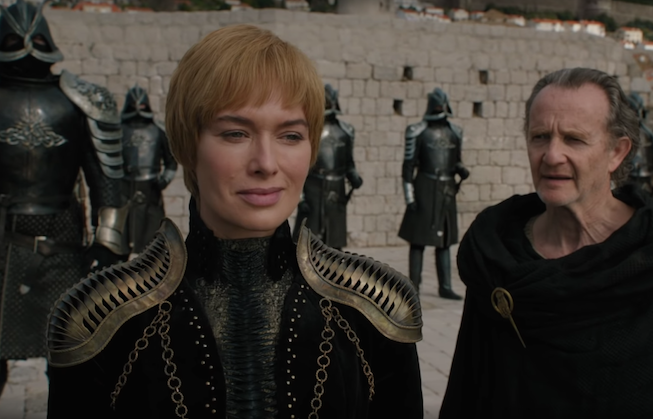 The segment also will include an exclusive clip from the highly anticipated Season 8 opener. (TVLine has seen the episode, and it’s good: No matter which part they use, you’re going to want to tune in.)

60 Minutes airs Sunday at 7/6c on CBS. Game of Thrones returns for its final run of episodes Sunday at 9 pm on HBO.