We’ve got questions, and you’ve (maybe) got answers! With another week of TV gone by, we’re lobbing queries left and right about shows including Legends of Tomorrow, Chicago P.D., The Good Fight and The Big Bang Theory! 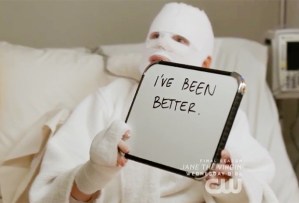 1 | Is Dynasty having a little too much fun at Alexis’ expense? And whose photo do we think Adam gave the plastic surgeons “as a point of reference”?

2 | Couldn’t SNL have put Robert De Niro’s lines on the papers he was supposed to be reading anyway so he didn’t have to spend the entire cold open looking at his cue cards? And what are the chances the show invites Jason Sudeikis to reprise his role as Joe Biden in this weekend’s cold open, riffing on the former VP’s failure to respect people’s personal space?

3 | Would The Walking Dead‘s Negan really have been left un-cuffed for the stroll through the blizzard to Aaron’s house? And why would the supposedly nomadic Whisperers return to their old stomping grounds after winter?

4 | On Magnum P.I., what was the point of TC’s game of “helicopter chicken” (other than to give viewers a bit of a thrill)? Why would he think that would make the villain’s chopper decide to land? 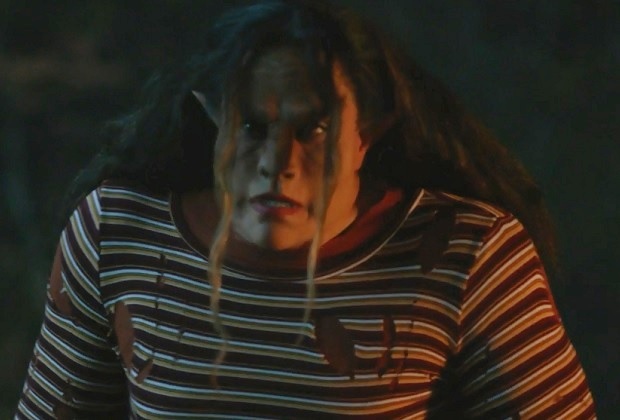 5 | We love us some Legends of Tomorrow, but couldn’t the “Wolfie” effect use some work? Also, are we right that not one of the Legends used a power during the entire midseason premiere?

6 | As NCIS‘ Torres rightly wondered, why would Bishop not look past the evidence and put her faith in him?

7 | Shouldn’t This Is Us have given Flashback Rebecca something a touch more dire than a broken arm (in two places!) to justify the kids’ anxiety? Did you have any doubt, any at all, where the Kevin/Zoe story was heading the instant he beamed at her playing with Annie? How much were you coveting Future Kevin’s amazing house and futuristic coffee maker? And really, Jack? Corn sandwiches?

8 | We’ll watch Younger whatever channel it’s on, but can Viacom please make up its mind on that before Season 6 starts? 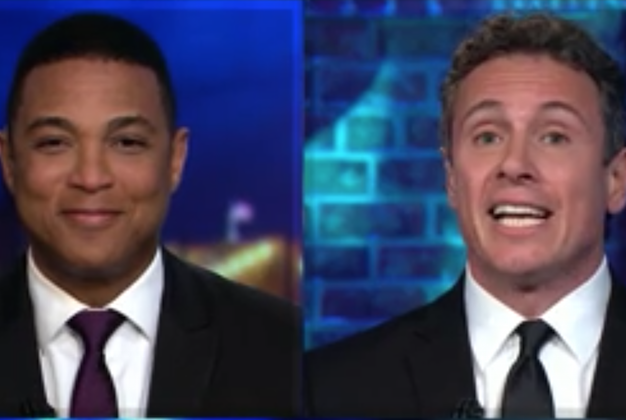 9 | Does any cable news host toss to the next hour with more love and endearingly good-natured ribbing than CNN’s Chris Cuomo does nightly to Don Lemon?

10 | Sitcom trope or not, did Modern Family have Manny obliviously utter at least one too many double entendres (“I even threw in some tongue exercises”?!) in front of his stepsister Claire?

11 | What are the odds Chicago Fire and Jane the Virgin would both have line dancing scenes on the same night?

12 | Chicago P.D. fans, were you surprised by how much NBC’s promo for the next episode gave away about Burgess’ new beau Blair?

13 | Even though You’re the Worst‘s Jimmy and Gretchen got what looks like a happy ending, are you still a little concerned that the florist Jimmy once hooked up with is now working as their nanny?

14 | On The Good Fight, does Lucca’s computer not have a mute button? And now that we’re a couple episodes into Season 3, how are you feeling about the animated musical shorts and soliloquies? Are they creative or distracting? 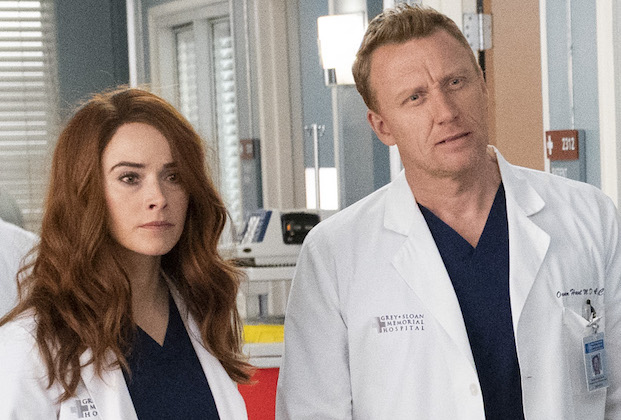 15 | If Grey’s Anatomy‘s Megan had been working with Caleb for so long before his penis transplant, wouldn’t she have noticed at some point that she’d never met or even seen his fiancée/support system? And is Megan’s wig the worst thing to happen to Abigail Spencer since NBC cancelled Timeless?

16 | Considering that The Big Bang Theory‘s Bernadette and Stuart wrote, illustrated and successfully negotiated the sale of a children’s book between the second and third commercial breaks of Thursday’s episode, should we assume that each episode of the series’ final season spans, like, a year? And when Drs. Pemberton and Campbell appeared on Ellen, why wasn’t there any walkout music? Isn’t that kind of Ellen‘s whole thing, to have her guests dance as they come out for their interview? 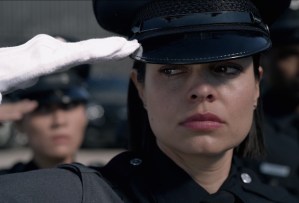 17 | Could you have forgiven S.W.A.T.‘s Deacon for holding onto that cash if it meant getting himself out from under the loan shark’s thumb and freed from sketchier activities? Also, the K-9’s death kinda wrecked, you, huh?

18 | Since Young Sheldon‘s stay at Dr. Sturgis’ apartment didn’t go well, are we to assume that Sheldon won’t be attending college next year at age 11, as previously established on The Big Bang Theory? 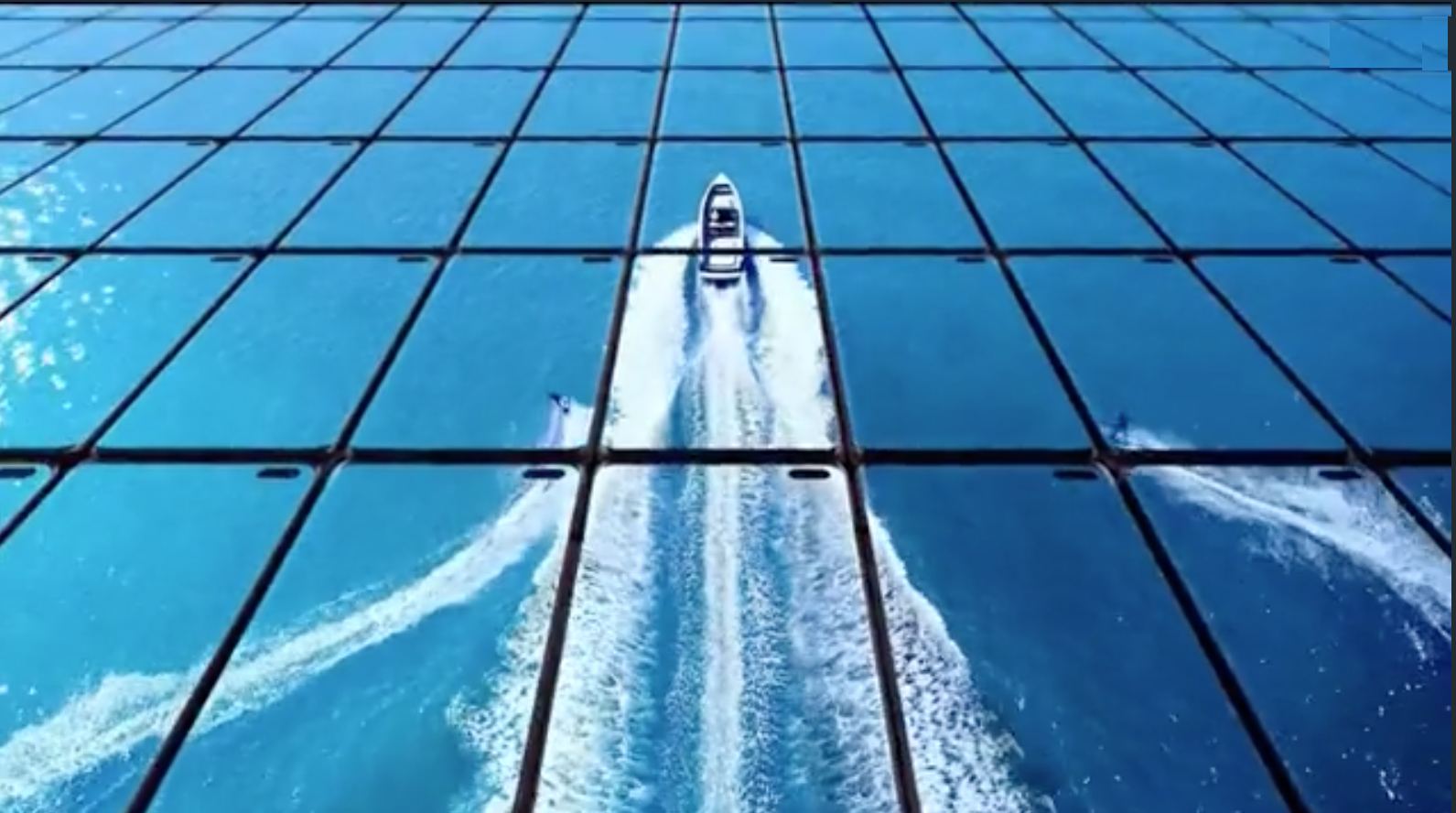 19 | Are you as D-O-N-E done as we are with that overplayed Samsung Galaxy/”Get Ready” commercial?