One-half of “Manstead” is officially moving on when Chicago Med returns with a new episode this Wednesday (NBC, 8/7c). So is it officially over for formerly engaged docs Natalie Manning and Will Halstead?

Below, star Torrey DeVitto addresses that question and explains why reuniting with her Pretty Little Liars castmate/pal Ian Harding (aka Nat’s new love interest Phillip) made her nervous. Plus, the actress sets her sights on one of the Fire men.

TVLINE | The show has been off the air for a couple weeks. What’s coming up when it returns?
They kind of left us with Natalie going in Phillip’s direction, and I think that left people a little jarred. It’s actually pretty funny. I did a One Tree Hill convention this weekend. A lot of the fans were coming up to me and talking about Chicago Med. And because Ian Harding is so loved by so many women, I’m hearing a lot of like, “Nobody can mess up ‘Manstead,’ but if it’s got to be someone, sure, I’ll take Ian Harding!” [Laughs] I feel like a lot of Ian fans are very conflicted because they like seeing him, but they don’t like anyone messing with their “Manstead.” 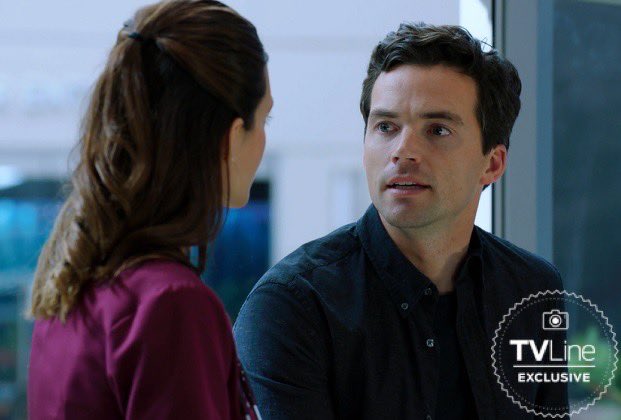 TVLINE | Did you and Ian have any scenes together on Pretty Little Liars?
Not one! Not a single one. I think there was one where we were at a funeral together and sitting in the same church, but we never interacted. We never had any lines together. We’ve been really close for about 10 years now. The pilot is when we really connected and got close. We were joking about how we were both a little nervous working together, because the closer you are to someone, the harder it is for me to work with them. It’s easier to do it with strangers because, you know, you can just like make these choices. But when someone knows you so well, and you’re acting with them, it almost feels a little silly at first. So we kind of had to get through that hump, which was cool. But I love acting with him. It’s really fun.

TVLINE | You’re going from never having shared any lines on Pretty Little Liars to possibly having a romantic relationship on Med. It’s such a drastic jump.
It’s such a drastic jump! To be honest with you, I’m always trying to get my friends jobs [on] Chicago Med, because I want to work with my friends, and I’m out here all alone. So when I put Ian’s name in the hat to our producer Michael Waxman, I was like, “Look at my friend. You should hire him. He’s really talented, and I want him to come out here because I love him.” And Michael was like, “All right.” I thought he’d come out for like a cool guest star or something like that. Little did I know he was going to be Natalie’s new love interest! I was like, “Wait a second. He’s like my brother! I didn’t ask you to fly one of my brothers out here so I could make out with him! What the heck?” [Laughs] I think that made Ian and I both nervous, because neither one of us knew that was going to be what the role was going to ask of us, and we’re so close. The day that we had to do our kissing scene, we were both like, “I’m sorry. You’re sorry. We’re all sorry. Let’s make this as good as possible so we can get out of here as fast as possible.” [Laughs] It was fun.

TVLINE | How serious are things between Natalie and Phillip after the last episode?
You’ll see that they get a little serious, but not without some conflict. It’s not just going to be an easygoing, loving relationship. There’s some little twists and turns. 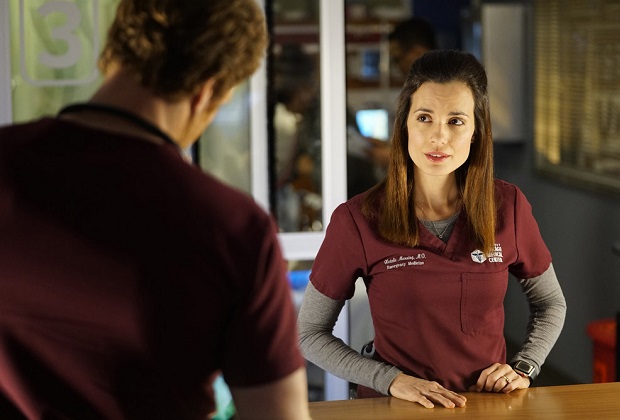 TVLINE | How does Will feel about that relationship? Is he aware of what’s going on between the two of them?
Yes, he is aware, and I don’t think he feels well. But Will Halstead has some of his own stuff going on that people will start seeing, too. But there’s a love there for Natalie that I Will will always have, and same for Natalie with him. They are each other’s great loves, I think. You kind of wonder, too: How into this guy is Natalie? Is she just trying to escape from something? Is it genuine what she’s feeling? I think she tricking herself into believing it is, but deep down inside, she’s gotta still have feelings for Will somewhere.

TVLINE | Last we saw, Will was getting a place of his own, and Natalie was kissing someone else. Is it over for good for “Manstead” for the foreseeable future?
That I don’t know. Like I said, there’s so much love there for both of them. I doubt that it’s the end the end, but you never know. Maybe it’s time.

TVLINE | We’ve actually gotten comments on the site from people wishing they would explore a relationship between Natalie and Connor.
I’ve seen that before. I just think that would be a little odd at this point. Although so many shows have done that, haven’t they, where they’ll take two main characters and totally switch up the love thing that you thought you knew for so long. It would be interesting. He’s with someone right now whom he butts heads with so much, and I think maybe he would butt heads with Natalie less because she’s not a surgeon, so maybe it’d be good for him. [Laughs]

TVLINE | I asked Chicago P.D.‘s Marina Squerciati something similar: Is there somebody from one of the other shows that you wish Natalie could go out with?
Ooh, I never even thought about that. I don’t know who she’d be good with. Hmm, what did Marina say?

TVLINE | She picked Connor.
Really?! Interesting… God, I don’t know. Who do you think Natalie would be good with? 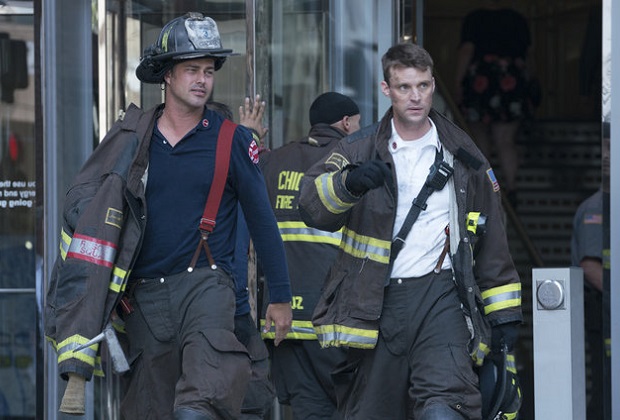 TVLINE | Maybe one of the firefighters from Chicago Fire. They’re all very solid, good guys. They would be good for her.
Totally. I agree with you. I don’t know which one, but definitely a firefighter.

TVLINE | Well, Casey’s single. Severide’s single now, too, but I think he’s still hung up Stella, so I don’t know if you want to go there.
No, Natalie has too much that’s complicated in her life already. All right, well yes, Casey! I think that’d be a great couple, Natalie and Casey. Both kind and compassionate. That’d be cool. I like that, actually!