It was the hookup that broke “Burzek” fans’ hearts: Two weeks ago on Chicago P.D., Adam Ruzek and Hailey Upton got it on, and his ex-fiancée Kim Burgess is still none the wiser.

Below, star Marina Squerciati reveals why the shocking twist was “hard” for her and teases when Burgess might discover that Ruzek has moved on. Plus, the actress shares her thoughts on which Chicago hunk Burgess should date. 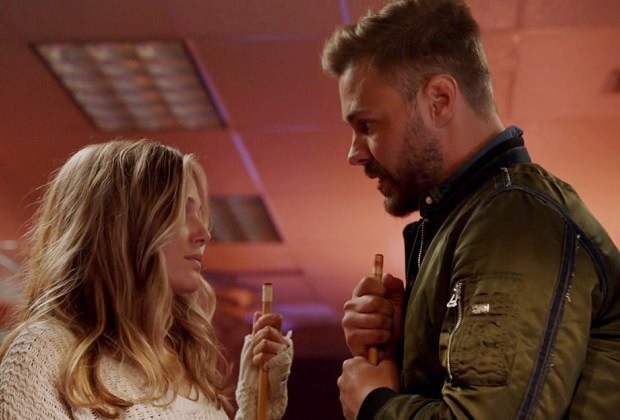 TVLINE | “Burzek” fans were dealt quite a blow when Ruzek and Upton hooked up. What was your reaction when you first found out about the twist?
It was hard for me. I’m attached to Paddy [John Flueger], and Burgess is attached to Ruzek. But I think they’re in a place where, right now, it’s OK. Paddy and I like to talk like, “As long as in the season finale, they end up together, we’re OK with this little detour.” And I also want to be careful, because I want the fans to support Tracy [Spiridakos’] character [Hailey Upton]. Because she’s nervous as well. “Burzek” is pretty established. But [Hailey] belongs with Jay, I belong with Ruzek. Let’s hope all ends well!

TVLINE | Do you think Ruzek’s assessment of where he and Burgess stand was pretty fair and accurate? He said he loves Burgess, but they had some hiccups, and then Burgess decided that they shouldn’t be together, so now they’re just friends.
Yes, a little bit. I feel like it mansplains a little bit away. He had a pretty big commitment issue that made [Burgess] not ready to commit to him. If I was editing the script, I would probably say, “It’s on me. But she was right in the end.” We’re on Episode 8, and Burgess still doesn’t know [about Ruzek and Upton]. So I can’t really speak to how my character feels about it until I see how it’s dealt with.

TVLINE | How do you imagine she will react when she eventually finds out? That revelation has to be coming.
Yeah, I don’t know. Whatever she is feeling, she would not… I’m sputtering because I don’t know. I really don’t know yet. I don’t think she suspects it. So I think it’s going to be a real surprise.

TVLINE | Nothing seems different in the office dynamics?
It’s interesting, because they just reshot a scene for the beginning of [this past Wednesday’s] episode in which I sort of catch them. So I didn’t know that that was going to be sort of in there. So yes, she maybe suspects something, but I think [she] throws it away. Like when you don’t want to acknowledge something, you’re like, “No, I was probably just projecting.” 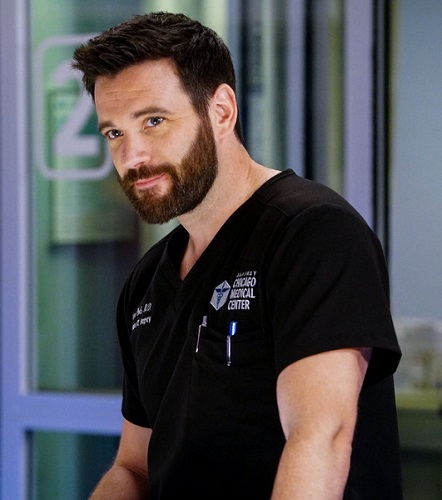 TVLINE | Ruzek is clearly moving on. Will Burgess do the same and find herself a new guy?
Yes, I’m looking for a crossover love. I’m waiting for someone to ask me out.

TVLINE | Who do you have your eye on?
I feel like all the men are very attractive. At this point, because I’m a spurned woman, I’ll take anybody. Norma [Kuhling on Chicago Med is] my really good friend, otherwise I’d say Colin [Donnell]. But Colin. [Laughs]