The residents of the New York City apartment building at the heart of NBC’s The Village consider each other family, and Tuesday’s premiere of NBC’s new drama spent most of its time introducing us to the characters who inhabit the titular abode.

In a moment, we’ll want to know what you thought of the freshman series, which is going for the heartstring-tugging vibe of its lead-in, This Is Us. But first, a quick rundown of The Village’s residents:

SARAH AND KATIE | Sarah (Michaela McManus, Law & Order: SVU) works at a nursing home. Her teen daughter, Katie (Grace Van Dien, White Famous), is a spunky kid who crochets a giant heart and uses it to vandalize a construction site, the whole act a protest of the military contractor about to set up shop across the street from where she and Sarah live. When Sarah comes to get Katie after the girl is suspended from school for the vandalization, the teen confesses that she’s going to have a baby. It’s a bit of history repeating, given that Sarah was 17 when she became pregnant with Katie. Katie maintains that being a single mom has made Sarah supremely unhappy and unfulfilled throughout her life. So in an effort to prove her wrong, Sarah asks John (Will Chase, Nashville), the divorced grandson of a recently deceased resident at the home, to attend a monthly gathering on The Village’s roof with her. And later, Sarah promises Katie that she’ll support whatever decision she makes. 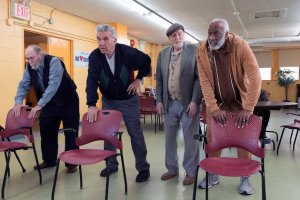 GABE AND ENZO | Gabe (Daren Kagasoff, The Secret Life of the American Teenager) is a law student who lives in The Village. Enzo (Dominic Chianese, The Sopranos) is his grandfather, a resident at the home where Sara works. Enzo was good friends with the dead man, and he and some other residents break out and make their way to Coney Island to memorialize their fallen pal. Though Gabe initially puts up resistance, by the end of the episode, he accepts that Enzo is going to come and live with him.

AVA AND BEN | Ben (newcomer Jerod Haynes), a New York City cop, intervenes when he sees Immigrations and Customs Enforcement officials trying to arrest his neighbor Ava (Moran Atias, Crash). Ava has been living in America for 10 years and has a young son, but her papers are forged; she says she didn’t speak English when she arrived in the country, and her ex-husband handled all of their official documentation. Ava can’t afford a lawyer to help her with her case, but in the end, Gabe steps up and offers to provide legal help. While she’s being held at a detention center, Benny agrees to watch Ava’s son, Sammy. 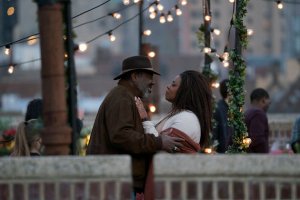 PATRICIA AND RON | Ron (Frankie Faison, The Wire) is The Village’s jovial superintendent and owner of a tiny basement bar called Smalls. Patricia (Lorraine Toussaint, Orange Is the New Black) is his wife, a social worker who’s keeping her recent cancer diagnosis secret from her husband. Patricia is instrumental in getting Gabe to help Ava; at the end of the hour, she secretly makes an appointment to move forward with treatment for her disease. Oh, and Ben the cop is their son. 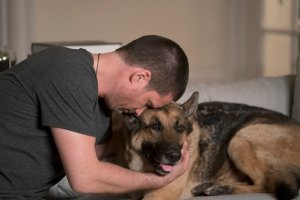 NICK AND JEDI | Nick (Warren Christie, Alphas) is a veteran in his 30s who lost part of a leg in combat. When he finishes up his time at the local military hospital, he moves to The Village, where Ron greets him warmly, saying, “When you’re under this roof, you’re family.” Nick tells Ron that when an improvised explosive device took out his Humvee, a bomb-sniffing dog named Jedi kept him warm until help arrived, saving his life. Ron instantly gives Nick a job at Smalls and invites him to the building’s monthly roof shindig. Though everyone is friendly, and Nick knows Sarah from her volunteer work at the military hospital, he’s uneasy. And when a bulb pops nearby, his post-traumatic stress disorder momentarily makes him go into fight-or-flight mode. But then he gets notice of a delivery, and it cheers him: It’s Jedi, who’s been decommissioned and will now be Nick’s pet. One final twist? As we learn when Sarah swings by Nick’s apartment later that evening: Nick is Katie’s dad, but she doesn’t know it.