Tale of the City‘s Mary Ann may be in the middle of a midlife crisis in these first photos from the show’s upcoming revival, but she makes it look good.

The story follows Linney’s Mary Ann as she returns to SF to her daughter Shawna (played by Page) and ex-husband Brian (Gross) after leaving them behind to pursue her career 20 years before. “Fleeing the midlife crisis that her picture-perfect Connecticut life created,” the series’ official logline states, “Mary Ann is quickly drawn back into the orbit of Anna Madrigal (Dukakis), her chosen family and a new generation of queer, young residents living at 28 Barbary Lane.”

Tales of the City Revival Photos 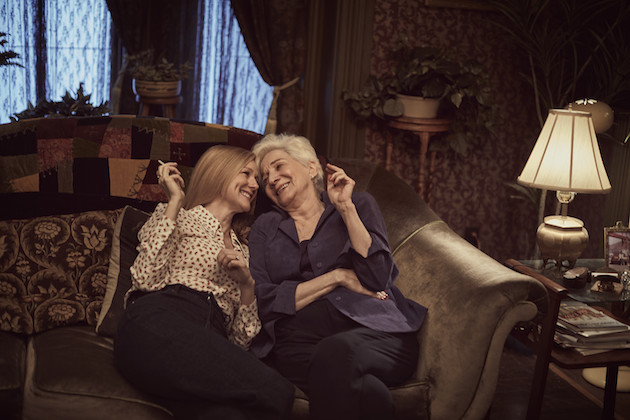 “I couldn’t be more excited about this new brand-new incarnation of Tales,” Maupin in a statement when the revival was announced. “It’s set in present-day San Francisco with all the joys and complications that might suggest for the residents of 28 Barbary Lane. Mrs. Madrigal’s tenants, both old and new, will be entangled in delicious new adventures and ever-expanding possibilities for love.”

Click on the gallery at right — or go to it directly here — to get your first taste of the Tales of the City revival.