Next up is a 1970s-set family comedy that may be running out of… time. 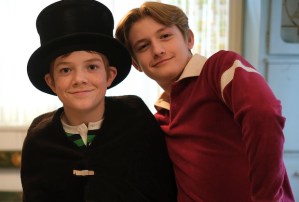 THE CASE FOR KEEPING | Kids is way better than alright. Not only has the Me-Decade sitcom from former Last Man Standing showrunner Tim Doyle handed Mary McCormack the role of a lifetime in Peggy, the formidable matriarch of the big and boys-terous Irish-Catholic Cleary clan, but it has so beautifully captured the ethos of the era that watching an episode is like looking at a series of yellowed Polaroids — really funny ones, we might add.

The show has also done a fantastic job of treating all seven of the Cleary kids who are old enough to talk like individuals, not as a collective. (Jack Gore’s showman Timmy and Christopher Paul Richards’ opportunistic Joey are reliable hoots, but we can’t help but have a soft spot for Caleb Foote’s underdog Eddie and Sawyer Barth’s brown-nosing Frank.) Best of all, despite being set in the past, Kids holds out hope for the future, one in which tense times can lead to “a changed, more accepting world.” 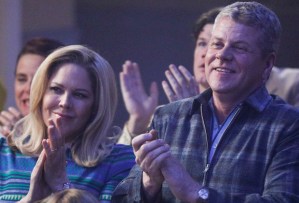 THE CASE FOR CUTTING | You could more easily cut out our hearts than cut this show; we’ve got to, got to, got to see how Peggy continues to come into her own through her friendship with Eddie’s girlfriend — and how Michael Cudlitz’s ultra-traditional Mike is forced to grow as a result.

Alas, ratings-wise, there are two Kids Are Alrights. The one that aired after The Conners (the network’s most-watched program) averaged 4.7 million viewers and a 1.0 demo rating, which would rank a solid No. 4 and No. 6 this season among ABC’s 11 comedies. But the Kids that now has American Housewife for a lead-in puts up 30 percent lower numbers, putting it in seventh place. As such, its ultimate fate may hinge on The Conners’ own Season 2 renewal deal getting done, and ABC’s desire to keep them paired.

Vote below, then state your own case for keeping or cutting The Kids Are Alright.