The Bachelor wrapped up another season Tuesday night, but Colton was left with no women to choose from when Night Two of the two-part finale began. Did Cassie take him back… or did she break his heart again?

We pick up with Colton showing up at Cassie’s door, saying he wants one more conversation with her to clear the air. He tells her he “sacrificed and gave up everything” for her by dumping Tayshia and Hannah G. — and she looks pretty thrilled to hear it, actually! He doesn’t want to ask her to marry him; he just wants “a second chance” to figure things out with her. (Neil Lane is gonna be so mad, you guys.) Cassie blabs for a long time about “not wanting [him] to give up things”… which sounds like she’s still blowing him off? But she’s very impressed when she hears about the big fence he jumped over, and agrees to go to Spain to meet his family.

So Colton jets off to Mallorca — and surprise, family, you’re just meeting one girl! (First, he jokes that he lost his virginity, which… gross?) He explains the whole saga to them, and that he’s in love with Cassie, but when his dad asks if she’s in love with him, he admits, “At this point, no.” (Ouch.) He meets Cassie before they go in, and she tears up, saying that she doesn’t feel right about meeting his parents when she’s still so “confused” about their relationship. Whoo boy… always a great sign when you burst into tears before meeting your boyfriend’s parents, right? 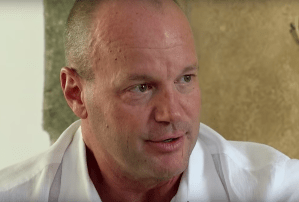 She goes in for a round of awkward hugs with his family, and tells them she and Colton are “still kind of figuring out” their relationship. She keeps emphasizing how “hard” all of this is, and Colton’s mom pulls him aside to admit she’s scared he’s headed for another round of heartbreak. (We all are!) Meanwhile, Cassie tells Colton’s dad she wants him to be with someone who’s “insanely in love with him” — i.e., not her — before Dad sits down for a heart-to-heart with his son, getting teary as they talk about the big emotional risk Colton is taking. (Now we know where Colton gets it from!)

Colton and Cassie head out to see the Mallorca sights, and things are still a bit tense: When she asks him to sing for her, he jokes, “I don’t want you to leave me again.” (!!) During a picnic on a rocky beach, he confronts her about her reluctance to commit to him, and she tells him it stems from a guy she dated in college who got overly controlling, which made her gun-shy about giving her heart away. Colton insists that they can have their separate lives, even if they’re together, and she seems reassured during an intimate candlelit dinner, saying she’s ready to be “all in.” (Whatever that means.) He pulls out a fantasy suite card — a week late, buddy! — and they giggle their way into the suite before kicking out the production crew and losing their mics. Is this it? Is Colton finally ready to lose his infamous V-card? 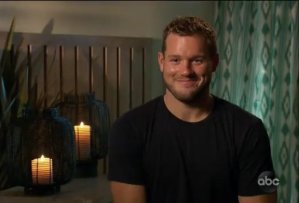 The next morning, a beaming Colton throws out a bunch of loaded statements (“I feel like a new man”), strongly hinting that he can no longer wear white to his wedding. “What’s next?” Cassie asks him. “We give it our best shot,” Colton replies, adding that he’s glad they’re both finally “on the same page” — which I don’t think they are? But never mind, he’s happy. Chris brings them out live, and Cassie announces they’re “super in love” — but they’re not engaged yet. “We’re enjoying dating right now,” Colton adds, and he has moved to L.A., where she lives — but they don’t live together yet, either. We see a montage of them spending weekends together, with Cassie saying Colton is “legitimately my best friend.” In it, Cassie shows Colton a video where she reads from her journal and confesses her gushy feelings for him. Aw, I guess?

He gives her the final rose on live TV, and she takes it happily, and Chris gives them a gift of a seven-day all-inclusive return trip to Thailand. But he wants answers about the fantasy suite! Colton, ever the gentleman, says his virginity status is “something we’re gonna keep to ourselves.” (Chris: “I’m gonna take that as a yes!”) Then they dance to a live performance by ’80s soft rockers Air Supply (???) before getting hustled off the stage to make room for new Bachelorette Hannah B. Good luck, kids!

Did Colton make the right decision choosing Cassie? Vote in our poll, and drop your thoughts on the finale in the comments below.