Shameless said goodbye to its leading lady Emmy Rossum on Sunday night with a finale that saw matriarch Fiona Gallagher leave Chicago behind. 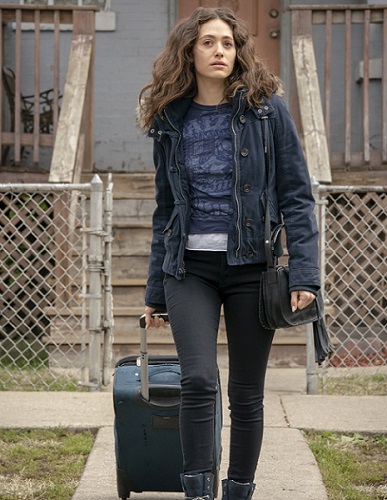 After visiting Ian in prison and getting a pep talk from her brother, a scared Fi decided to take her newfound wealth (thanks, Max!) and start fresh somewhere else. While Lip, Debbie and the rest of her siblings readied to throw her a farewell bash, Fiona took her one suitcase and quietly slipped out of the house — but not before, once again, not getting her due from Frank.

As the hour drew to a close, Fiona boarded a plane for the first time, embarking to an unknown location. (Possibly somewhere closer to the equator, she told Ian.)

Below, executive producer John Wells, who wrote and directed the episode, talks about Fiona’s happy ending and her unintentionally mysterious destination. The EP also addresses Ian’s return to the series and what it means for his relationship with Mickey.

TVLINE | There’s a number of ways Fiona could have left the series. What was your approach to her exit? What kind of an ending did you want to give her?
I wanted it to feel very true to who Fiona is and how important she’s been to the family. We didn’t want to do “Fiona dies” or anything, because we’re very hopeful that over however much longer we do the series that we see Fiona again, that Emmy will come back and do a thing here or there for us. But I also wanted to be true to the idea that even though she’s the oldest sister, she’s been the mother to her siblings for all these years. I wanted to be true to that moment when you realize that you did a good job, and they’ve moved on and don’t need you as much, and you need to actually think about what you want now and who you are. She’s given up a lot of years of trying to figure out exactly who she was supposed to be to take care of them, and this seemed like the best way to do it. 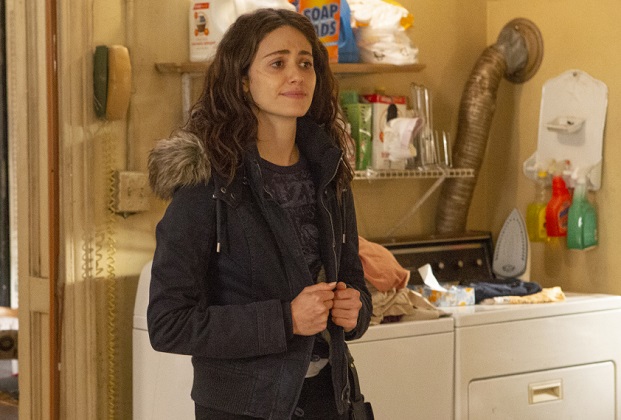 TVLINE | I’m not talking about her dying, but she did go through a really dark time and could have potentially gone out in a very somber or difficult way. But then in the penultimate episode, things took a happy, lucky turn for her. Was it important for you that she went out on a high note?
Yeah. We didn’t think that she had completely turned herself around, but we wanted her to not be without any sort of hope whatsoever about her possible future.

TVLINE | Was this the ending you always envisioned for Fiona? Or did it shift over time?
It shifted once we knew that [Emmy] was leaving. To suggest that we plan anything very much… that would be incorrect. We think about it, but you don’t want to think about it too far ahead, because you want to be aware of changes that happen. Like what happens with people as they grow up or get older, and things change for the characters and the actors. So you want to be open to it. If Emmy had wanted to stay longer, and we were ending the series, I think we would have left her probably getting married or [at] some other step in her life, moving forward, but she would have still been very much a part of the family and part of the place. But Emmy has been terrific for nine seasons and came to me and said she was ready to try some other things. She’s a very talented writer and director, in addition to being a wonderful actress. She got married to Sam [Esmail] a couple years ago, and they spend a lot of time apart. All of it went in towards her taking the next step in her life.

TVLINE | One of the most memorable goodbyes is between Fiona and Ian. Why did you want Ian be the one to encourage her to leave Chicago?
In many ways, Ian’s the person in the family who’s moved the most on with his life, even though he’s in jail. He had to come out and accept who he was. He’s made a lot of decisions, and he understands how hard it would be for her, and he felt like the right person because he had distance to be able to say to her that her job was done and she should do what she wants to do. 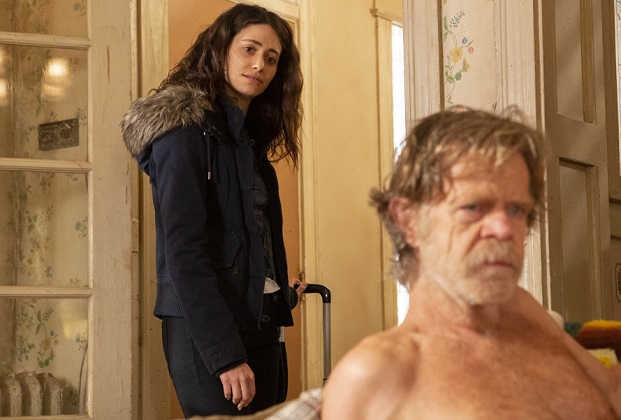 TVLINE | The goodbyes with Lip and Frank are so subtle, but moving. What went into crafting those? And what message did you want to leave the viewers with in those scenes?
They’re the same scene, but with completely different personalities on the two people saying goodbye. The whole subtext of Lip’s scene with Fiona is, “Thank you.” He is not surprised. He’s thankful. He’s happy for her. It’s a scene about a character understanding what’s been done for him and being joyful about her getting a chance to make her own choices about what she wants to do next, which is the exact opposite of what happens with Frank, who’s a narcissist and feels that everybody’s always leaving him. That Monica left him, and his mother left him, and now Fiona’s leaving him. So it’s all about him and how badly he feels, and [he] isn’t thankful. I sort of intentionally shot it so that you see Frank, but Fiona can’t see his face. So we can actually see how painful it is for him, even though he’s refusing to say what we all know he should say, but he just can’t bring himself to say it. He even knows he’s supposed to say it. But he can’t bring himself to say it, because she’s deserting him, she’s leaving him.

TVLINE | The last image of the episode is Fiona on plane to… somewhere. Will we learn where she went next season via a text message or a mention of some sort?
Yeah, we’ll learn where she went. It wasn’t meant to be a mystery. It just ended up that way. It was actually in the dialogue on the plane that she had a conversation with the little girl who was sitting next to her. Then the episode was just too long, so we had to cut about eight minutes out of it, and one of the things that went was the dialogue about where she was going.

TVLINE | This probably was not intentional at all, but when you were panning away from her to the front of the plane, I kept expecting to see first class and for there to be some familiar, returning character sitting there on the same plane as her.
We might have done that if we hadn’t done Mickey in the cell with Ian earlier on in the season. Two “Surprise! Here’s that person you wish they were with!” moments would have been too much in one season. It would have tried the patience of our audience. 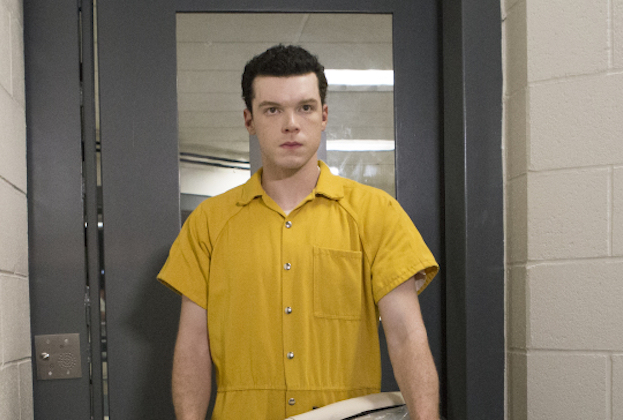 TVLINE | Ian is returning next season. What drove the decision to bring back Ian so soon after Cameron Monaghan had left the show?
We love Cameron. He was ready, last year, to go and try some other things. And then I asked him if he would come back and shoot that scene in the prison yard with Fiona, which he said he was happy to do. He came back, and we ended up talking when we there, and I said, “You’re always welcome back. We’d love to have the character back, if you’ll consider coming back.” He said, “Well, let me think about it a little bit,” and then I got a call from his agent, who said, “Yeah, he’d be willing to come back and do some more.” That’s not unusual. Sherry Stringfield left ER [on which Wells was an EP] two times, so she was there in three separate segments. I never want to stand in the way when someone’s contract is up [and] of them deciding they want to go and look at some other things. And I never, ever want to stand in the way of them coming back, because [I] love the characters, love Cameron as Ian, and [am] delighted that he wants to come back and do a few again next year.

TVLINE | What does that mean for Mickey and Ian, though? Where does that leave their relationship if Ian is back, but Mickey is supposedly not?
I don’t know… We haven’t started figuring it out yet for next year. On Monday, the writing staff is getting together for the first time, and those are all the things we’ll start talking about. I just barely dried all my tears from Emmy leaving, so I haven’t turned my attention to it yet.

TVLINE | To clarify, was the $50,000 check that Fiona left behind specifically for Debbie, or the whole family?
For Debbie for the whole family. She knows that Debbie’s going to have to step up. The whole season, Debbie was stepping up and paying more bills and doing more things.

Shameless fans, what did you think of Fiona’s swan song? Grade the season ender below, then watch a video tribute to Fi!