We’ve got questions, and you’ve (maybe) got answers! With another week of TV gone by, we’re lobbing queries left and right about shows including Saturday Night Live, Arrow, The Bachelor and Game of Thrones!

1 | At the risk of questioning human jukebox James Corden, there’s no way he already knew all those relatively obscure Jonas Brothers songs for Carpool Karaoke, right? Wouldn’t he have been way too old to listen to them when they were popular? 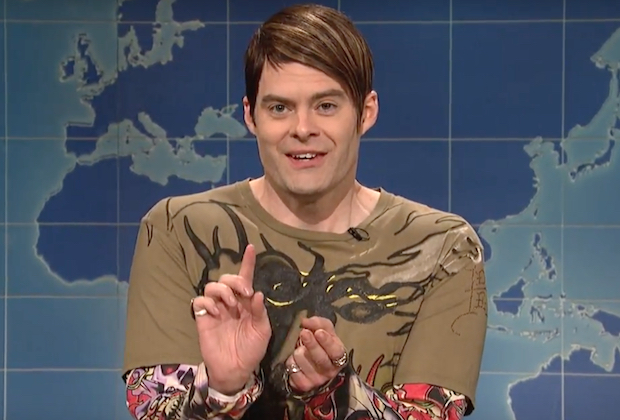 2 | How could a John Mulaney-hosted episode of SNL, featuring special guest Bill Hader, not include an appearance by beloved Weekend Update correspondent Stefon?

3 | For those who watched Hallmark’s Just Add Romance (with Meghann Fahy and Luke Macfarlane): Was that the least believable depiction of a reality competition show production ever? Where was the urgency, the cameras filming the competitors, etc.?

4 | Remind us, why does Supergirl still need a space suit…? Also, at some point shouldn’t Alex want to introduce her sister to Supergirl?

5 | Elizabeth’s brother moving in on Madam Secretary: Fun chance for sibling bonding, or too many opportunities for a button-pushing character to stir up stuff?

6 | How many Walking Dead viewers accidentally thought “Project Runway!” when they saw the intricacy of the lacing on Alpha’s walker mask? Also, could Connie turn out to be, at long last, Daryl’s first love interest?

8 | Arrow fans, are you thinking that William’s grandparents kept Oliver’s messages from his son? Also, what do you make of Future Connor stating that he is Diggle’s adopted son? 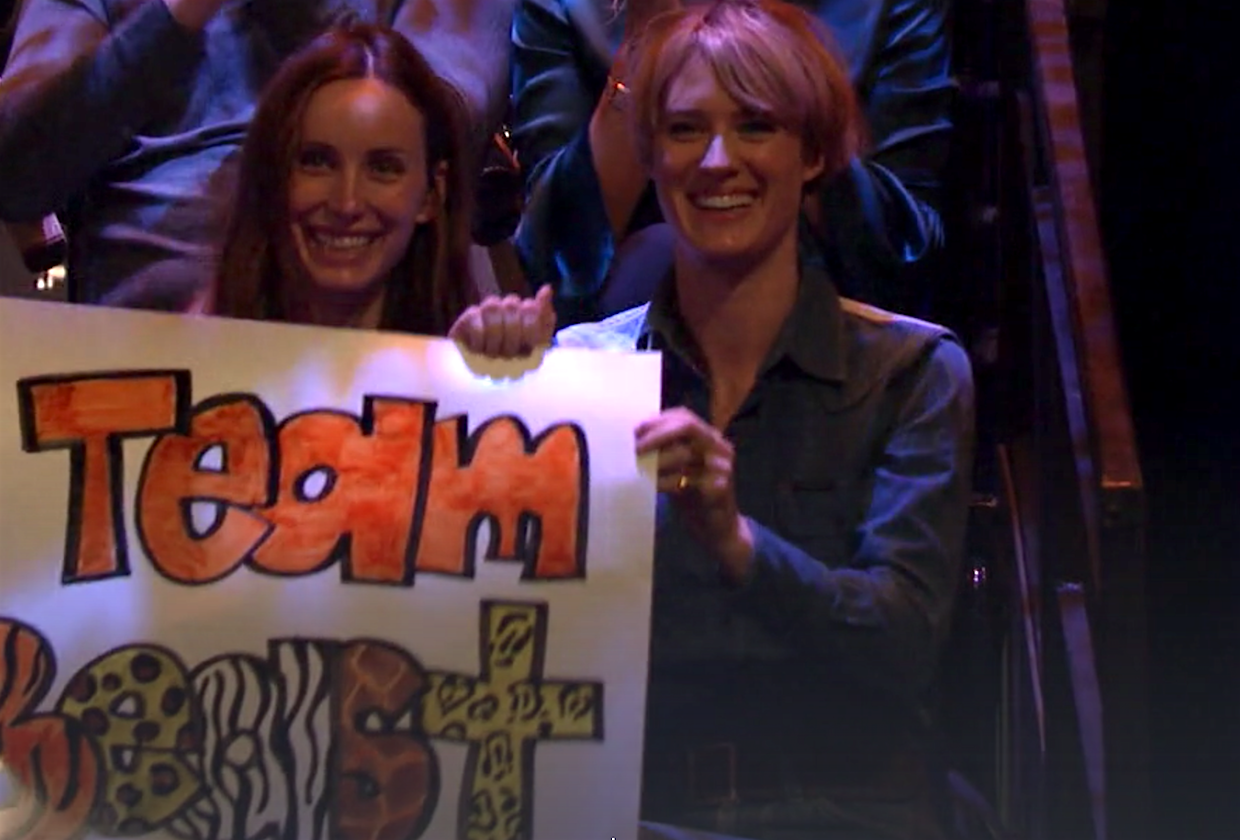 9 | Was The Bachelor‘s long-awaited fence jump everything you hoped it would be? Also, now that Colton is MIA, might the season finale actually be the show’s “most dramatic episode ever”? And who knew Halt and Catch Fire star Mackenzie Davis was such a big Bachelor (and Hannah B.) fan?

11 | Isn’t it a bit strange that The Good Doctor‘s Andrews has been MIA throughout Han’s stint as chief of surgery? Why haven’t Lim, Melendez or any of the residents voiced their concerns to the hospital president about Han’s decision to transfer Shaun to pathology?

12 | Did The Enemy Within‘s cold open — which ran for several minutes and featured no regular characters — have you wondering if you had properly tuned back in for the new series? Also, was it nice to see Shepherd reunite (briefly) with her kid, if only to get a break from Jennifer Carpenter Shooting Furtive Glances While Shackled?

13 | Did The Resident disappoint you with Marshall Winthrop’s decision to get in business with the shady Gordon Page?

14 | Passage viewers: Did you have any inkling that the top-secret government official who messed with Guilder actually was a viral the whole time? 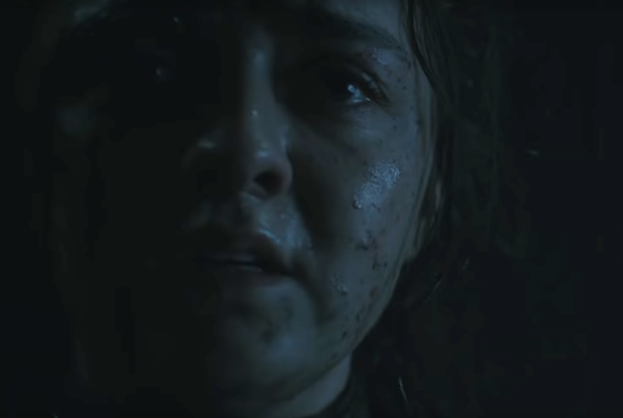 15 | Based on that Game of Thrones trailer, should we go ahead and crank up our TV’s brightness setting  before the final season?

16 | Did you have to laugh that The Flash‘s King Shark returned to human form with a perfect display of CW-like stubble? And can we assume that with a talking ape and shark jumping around, there wasn’t one red cent available for superelastic Ralph to be in the episode?

17 | We know This Is Us’ Randall and Beth likely don’t want to uproot the kids, but how has relocating to Philadelphia not come up as a possible solution to the family’s current problems? 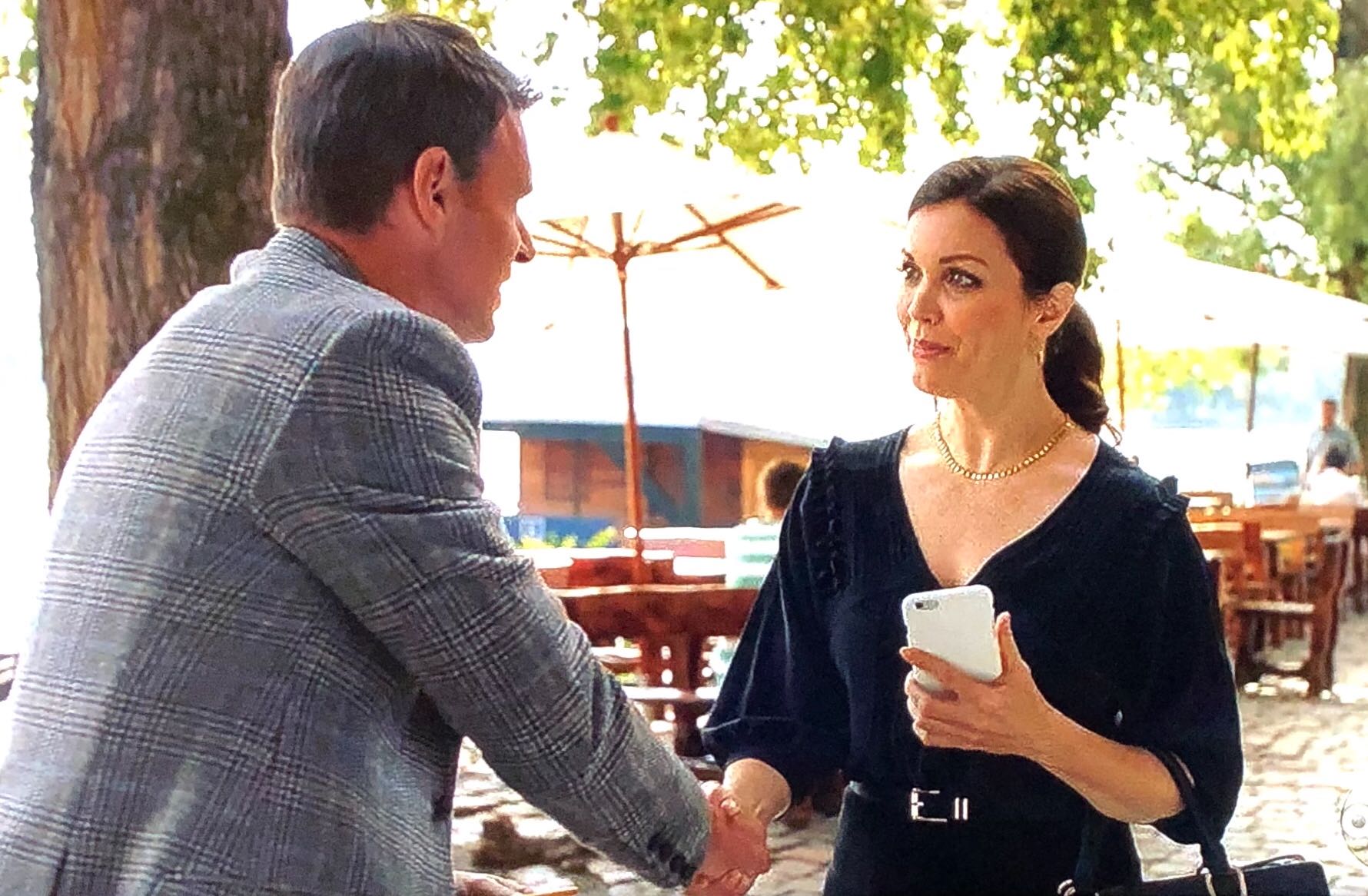 18 | Whiskey Cavalier had us wondering: Who exchanges first and last names when bumping into a stranger (in a strange land)?

19 | Didn’t the 24 Hours to Hell and Back restaurant owners realize that the Gordon Ramsay lookalike sounded nothing like the celebrity chef?

20 | Um, is anyone on Legacies planning to check on Emma? And when Kaleb referenced “Wisteria Lane,” was anyone else like, “Wait, this alpha vampire watches Desperate Housewives?”

21 | Grey’s Anatomy fans, how (un)believable was it that, since half of the gossipy staff of Grey Sloan has known for ages that Richard and Ellis are Maggie’s bioparents, their family ties were still a secret to the medical community at large? And speaking of secrets, when did Meredith learn how to keep one? Violating HIPAA, she blabbed Catherine’s cancer diagnosis to Maggie, but she wouldn’t reveal Vincenzo’s mental illness to Alex just because she’d heard about it from DeLuca? 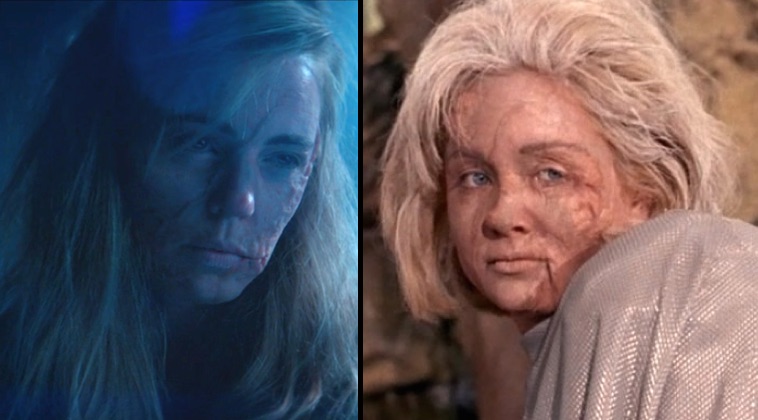 22 | Were you disappointed to see Star Trek: Discovery have a dude playing one of the Talosians, when TOS purposely used all actresses? And Vina 2.0 sure was a lot less disfigured than the original, right?

23 | Since Superstore manager Glenn still had has cellphone handy when he got locked in his office, couldn’t he have called any one of his employees to come open the door for him?

24 | Would you have done away with Brooklyn Nine-Nine‘s B-plot involving Holt and Terry’s “undercover mission” in exchange for more scenes with Lin-Manuel Miranda as Amy’s all-too-perfect brother? By the way,  why would NBC give the resilient Nine-Nine the buzz-less A.P. Bio as a lead-in, instead of moving it behind the far more compatible and established Superstore?

25 | Even by Will & Grace’s heightened, cartoonish standards, the idea that Ruth Bader Ginsburg would be hailing a cab on the streets of New York was the height of absurdity, no? Similarly, did Grace lose her phone? Is that why she’s traveling by taxi and not Uber/Lyft? 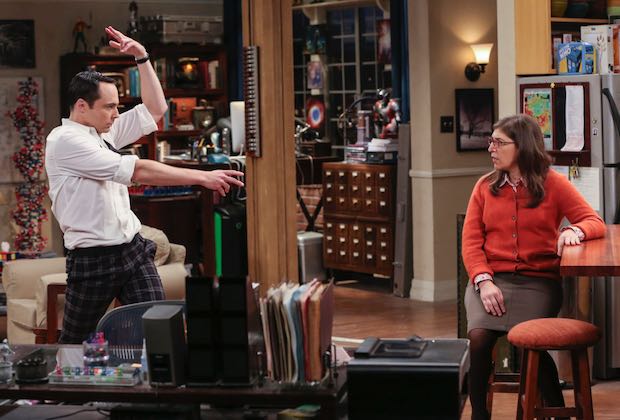 26 | Why would The Big Bang Theory‘s Amy think she needs to trick Sheldon into wanting kids? Did the writers forget that it was Sheldon who previously expressed a desire to procreate back in Season 10?

27 | Did Young Sheldon surprise you when Mary revealed that — spoiler alert! — she had a miscarriage? (We know from Big Bang Theory canon that she only ever had three kids, but we were all expecting the pregnancy test to be a false-positive, right?)