Yes, Sunday’s True Detective finale provided us armchair sleuths with a few key answers — but our corkboard still has plenty of Post-its with big question marks stuck all over it.

We know that Julie Purcell was abducted by the Hoyt family to replace Isabel Hoyt’s dead daughter, and that Will was killed by an accidental shove that led to him hitting his head on a rock. (Thank you, Mr. June, for laying all that out in vivid detail.) But even though the finale stretched to an hour and 15 minutes, it didn’t tie up every loose end. Now that the dust has settled, let’s take a closer look at the biggest questions the Season 3 finale didn’t answer: 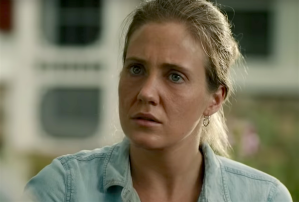 Was Julie Purcell still alive in 2015?

We don’t know for sure, but the finale strongly, strongly hinted that the mother Hays tracked down at the end was indeed a grown-up Julie, married to childhood pal Mike Ardoin and raising a daughter named Lucy (after her ill-fated mom). We can’t know for sure because Hays’ memory loss kicked in just as he arrived, leaving him unsure why he was there. But it’s possible Hays did eventually recognize Julie… and decided not to pursue it so she could live in peace.

We didn’t see Elisa at all in the finale, after she needled Hays with questions about the Purcell case all season long. It seems like Hays is happy to let the case go, and so will probably stop participating in her doc. But his son Henry did keep that slip of paper with Julie’s address on it. Will he pass it on to Elisa, who he admitted to having an affair with — and will she end up exposing Julie anyway? (It would give her documentary a heck of an ending, after all her conspiracy theories fell flat.) 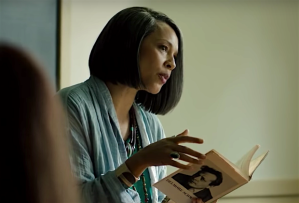 How did Amelia die?

We did get our first glimpse of a post-1990 Amelia at the beginning of the finale, reading poetry to her students as a professor at the University of Arkansas while Hays worked as the campus’ chief of security. They seemed happy then, but sometime between then and 2015, Amelia passed away — and we never learned why. Perhaps it was just a mundane illness, but leaving it unanswered hinted at something more nefarious. Plus, we still don’t know if, given all of their fights, Amelia and Hays were still together when she died.

What caused the rift between Hays and his daughter Becca?

Becca was absent from Hays’ life in 2015, and we know they were still close when Becca left for college sometime around the late ’90s. She did reappear in the finale, helping drive Hays home and sitting with him on the front porch. But we never got a straight answer as to why he hadn’t seen her in so long. Like Amelia’s death, the truth is likely not a bombshell: Perhaps she just grew apart from her father as his dementia got worse. But it was good to see the Hays family (minus Amelia) together once again. 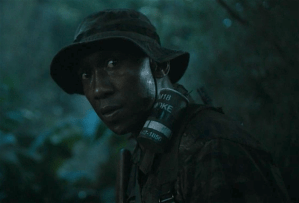 What was with that final image of Hays in Vietnam?

At the very end of the finale, after we flash back to Hays and Amelia mending fences and walking off together, we see a quick image of Hays back in the Vietnam jungle as a tracker — and that was the final image of the season. Coming at the end like that, it must be significant, but what did it mean? Our best guess is metaphorical: Hays has always been a searcher, stretching back to his days as a young soldier, and maybe by dropping the Purcell case and embracing Amelia, he found what he was looking for and finally stopped searching. But there’s another theory out there…

Did Hays die on that front porch?

The last we see of Hays in 2015, he’s sitting in a rocking chair on his front porch with West and his family, enjoying some iced tea. But the sight of his grandkids riding bikes in the street — just like the Purcell kids — triggers a vision in his mind, first of him and Amelia in 1980, and then the Vietnam scene. Is it possible Hays’ life was flashing before his eyes as he drew his final breath, hit with a sudden ailment that takes his life? We’ll never know for sure, of course, but it does give us something to ponder… at least until Season 4 gets here.

Do you still have lingering questions about True Detective Season 3? Grade the finale in our poll, and then hit the comments to share any unsolved mysteries we missed.