The 91st Oscars are finally upon us, bringing yet another grueling award season to a close. But before the Academy could start handing out trophies for the year’s greatest cinematic achievements, the stars had one last hurdle to overcome: the pre-show red carpet.

And with so much happening in the entertainment world at the moment, it was anyone’s guess which hot-button issues would be brought up in interviews. Anything from the Oscars’ hosting controversy — including the short-lived conspiracy theory that Whoopi Goldberg would be the surprise host — to Jussie Smollett’s ongoing hate-crime scandal were fair game as the stars made their way into Los Angeles’ Dolby Theatre. 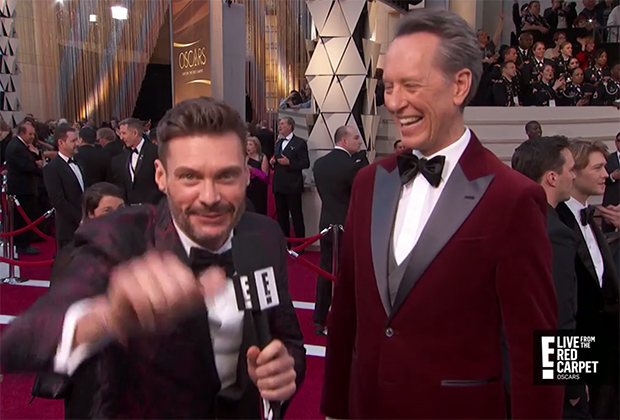 As it turns out, neither of those were hot topics of conversation on the carpet, but we still got plenty of ridiculous moments: Regina King’s mom shutting down Ryan Seacrest, Richard E. Grant tricking the reporter into thinking he was having twins with Melissa McCarthy, and Sam Rockwell letting Seacrest rub his freshly shaven head, to name just a few. (Come to think of it, most of these moments involve Seacrest in some sort of awkward situation — so, business as usual.)

Ahead of the main event, The Favourite and Roma led the pack with 10 nominations apiece, while A Star Is Born and Vice placed second with eight nods, and Black Panther held strong in third with seven. And while some categories could be predicted from a mile away, most remained fairly up for grabs.

Browse our gallery of key red carpet moments from E! and ABC — you can click here for direct access — then drop a comment with your own favorite moments, for better or worse, below.