THE PERFORMANCE | Watson’s talent for playing This Is Us‘ down-to-earth Beth is something we’ve celebrated on multiple occasions in the past. But her turn in this week’s episode, as Beth rediscovered a part of herself she’d long tamped down, was revelatory.

Where to begin? We loved watching the formidable mother return to her childhood home and get cowed by her own formidable mother, causing Randall’s wife to regress to her quieter, less-assertive self. This version of Beth didn’t say a lot, but Watson used nervous body language to communicate how uneasy the character was about triggering Carol’s disappointment and disapproval.

That unease eventually gave way to fury, and when it did, Watson was incandescent. “There’s no air around you, no air to breathe. No air to be sad. No air to fail,” she said, giving Beth’s anger a edge even though it was communicated via whisper. And if you ever need a master class in shedding a character’s layers, just re-watch the moment when Beth admits that she’s ashamed to tell Randall that she just wants “to be that little girl that dances again.” Watson stripped Beth down to her younger self in an instant — passionate, vulnerable — and we couldn’t get enough.

And then that finish, when a newly invigorated Beth danced her heart out at the studio? Every single one of those present-day moves were Watson’s, and she employed her entire body to convey Beth’s joy at being back in ballet slippers. The sequence was marvelous, largely because Watson was on fire. Those energetic pirouettes! Those graceful arms! We hope she’s staying limber, because we’re hoping to see a lot more of Watson-as-Beth in the studio moving forward. 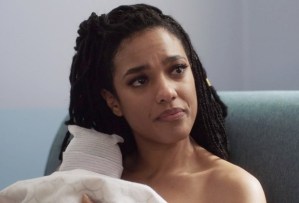 HONORABLE MENTION | During this week’s New Amsterdam, Freema Agyeman took us on a quietly emotional journey as her character Dr. Helen Sharpe went from the high of nascent romance to the low of bittersweet loss. The episode began with Helen and her new beau making out like teenagers in a diner booth, and Agyeman was so giddy and buoyant in the moment that we almost floated away with her. But Helen’s happiness was fleeting: After bonding with an opioid-addicted baby, the aspiring mother was forced to part with the child that she was on the verge of adopting before the little girl’s MIA father entered the picture. Through it all, Agyeman’s performance was so achingly tender and beautifully understated that we felt Helen’s loss like it was our own. 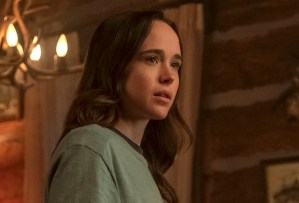 HONORABLE MENTION | The Umbrella Academy’s Vanya Hargreeves is on the verge of a breakthrough (or a breakdown, depending on the hour), and Ellen Page plays every emotion as fluidly as her character plays the violin. The Netflix series’ eighth episode begins with Vanya feeling guilty after her power surge killed two men and injured another. She also feels inadequate because she can’t conjure her powers on command. Page’s innocent expression and quiet voice convey Vanya’s feelings of childlike self-doubt, initially caused by her father. Page smoothly transitions that sadness into relief once Vanya learns to control her powers; confidence when she explains her abilities to her sister; rage when she feels belittled and manipulated; and terror when she thinks she may have caused another death. Vanya‘s emotions are chaotic, but Page skillfully makes that madness mean something. 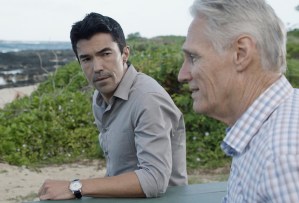 HONORABLE MENTION | Reluctant Yakuza boss. Construction worker. Task force leader. Full-fledged Five-0 member. Adam Noshimuri’s life has taken so many turns, it’s easy to forget all that he has been through, especially since wife Kono gave him the (off-screen) hook. But when given the chance to surface Adam’s aggregated sense of loss, Ian Anthony Dale made the very most of it. In helping Hal, a deaf homeless man (Children of a Lesser God‘s excellent Bob Hiltermann), give his estranged daughter’s child the greatest gift of all, Adam felt a new appreciation for ohana — namely the one he has accumulated over the years in Five-0’s orbit. Following a tearful FaceTime with an overjoyed Hal aka “Pop-Pop,” Adam turned to dinner guests McGarrett et al to emotionally profess, “You made me feel like a part of something. Made me realize I’m not alone. I do have family.” Cheers to that.