When This Is Us decided that dance was going to be an integral part of Beth’s past, the show’s Powers That Be wanted to ensure that their storytelling would be on point(e).

“I got a text from [series co-producer] Kay Oyegun that said, ‘Girl, can you dance for real?'” star Susan Kelechi Watson recalled. “I said, ‘Yeah,’ and she said, ‘But, like, for real? You like it?'” I was like, ‘Yeah,'” she says, laughing. “That’s when I had a hint of, OK, there’s possibly dance coming.” 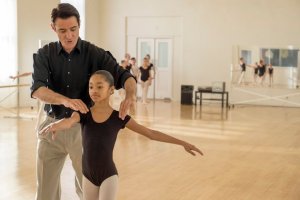 Indeed, Tuesday’s episode (read recap here), which focused on Beth’s passion for movement and her family’s response to it through the years, required the actress to draw on her lifetime of formal dance training. “You should know that there’s always smoke and mirrors, where you’re taking an actor and making them look like they dance,” director Anne Fletcher added. Not so in this week’s installment: “Susan actually did all of her dancing.”

Some of the actress’ life experiences — as well as those of the show’s creative team —eventually became part of Beth’s backstory, and the process of creating that history was the topic at hand when Watson, co-star Melanie Liburd, co-showrunner Elizabeth Berger, Oyegun, Fletcher and series writer Eboni Freeman recently spoke to an audience of journalists about the episode. Here are some highlights from that discussion:

THE EVOLUTION OF BETH | Freeman, who also has a background in ballet training, said the writers really wanted to explore how the Beth This Is Us audiences know — “She’s the strong woman, she’s funny, she’s witty” — was not the Beth who’d always existed. “In her childhood, she was a bit of a different person, a quieter person, that she came from this world, this balley world, which was mostly white,” the scribe said.

NAILING ALL THE DETAILS | You might have noticed that Rachel Hilson (Rise), who plays teen Beth, shared a very defining characteristic with her adult counterpart. “I have a mole in my eye, which is a very specific thing,” Watson said, adding that during filming, Hilson wore a special contact lens that made it look like she had one, too. 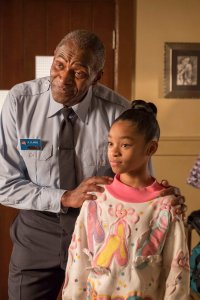 KNOW YOUR HERITAGE | Beth’s family is Jamaican because Watson is: Both of her parents were born there, and the actress is first-generation Jamaican-American. Carl Lumbly, who played Beth’s father Abe, is Jamaica-American, as well.

WHAT’S IN A NAME? | During the episode, we watch Beth choose to go by the shorter form of her given name, Bethany, as she arrives at the college mixer where she and Randall first cross paths. Berger explained that when Beth’s mother, Carol, decided that her daughter would no longer pursue the arts as a career path, the character underwent an internal shift. “We were looking for physical representations of that. So obviously, her hair is different. And she’s got her dad’s sweater. We wanted to see her claim this new identity… We loved how it turned out. And it’s so magical that she becomes that person right before she turns around and meets Randall for the first time.”