One key member of the Fourth Precinct will be back on the beat in ABC’s New York Undercover revival: Original cast member Malik Yoba is returning to reprise his starring role, according to our sister site Deadline.

Yoba will once again play J.C. Williams in the revival. But while J.C. was a young undercover detective during the show’s original Fox run, now he’ll be overseeing the unit and training the next generation of detectives. 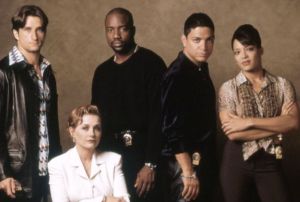 New York Undercover, from Law & Order mastermind Dick Wolf, originally ran on Fox from 1994 to 1998, with Yoba as the only main cast member to appear in all four seasons. Wolf will once again serve as an executive producer on the revival, which picks up 20 years after the events of the original series and will follow Det. Nat Gilmore and Det. Melissa Ortiz “as they investigate the city’s most dangerous criminals from Harlem to Battery Park.” The revival earned a pilot order from the Alphabet network in December.

Since New York Undercover ended, Yoba has made frequent appearances on the small screen, with regular roles on Empire, Designated Survivor, Revolution and Alphas. Recently, he guest-starred on CBS’ God Friended Me and Fox’s Gotham.

Are you ready to ride along with a revived New York Undercover? Drop your thoughts in a comment below.