Warning: This post contains spoilers for Wednesday’s episode of The Masked Singer.

The Masked Singer has unmasked another celebrity… and now they’re speaking out about the experience. 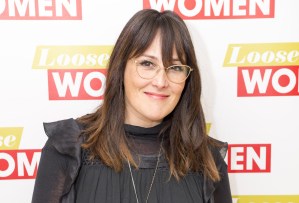 In Wednesday’s episode, after singing Sara Bareilles’ “Brave,” the Raven received the least number of votes and was revealed to be… actress/talk show host Ricki Lake! (Robin Thicke actually correctly guessed her identity, after recognizing Lake’s trademark gesture of putting her hand on her heart.) Lake also revealed that her performance had a touching inspiration: Her ex-husband Christian Evans took his own life in 2017, and she dedicated tonight’s performance to “her beloved.”

Performing on The Masked Singer took a physical toll on Lake, too. “I had sciatica during the period of making the show, so I could barely walk,” she told reporters at the Television Critics Association winter press tour. “I was in a lot of pain during this process… But it was fun! For me, I’m all about reinvention and doing new things. It was a blast. It was a thrill to be a part of it.” It also helped her bounce back emotionally after the loss of her ex-husband, she adds: “I’d been through a really rough couple of years, and this was really about joy.”

In fact, the hardest part of being involved in Fox’s hit singing competition “has been keeping my mouth shut” about her identity, Lake admits. “The clues seemed like a dead giveaway… On Instagram, everyone’s like, ‘Hi, Raven. Hi, Raven. Hi, Raven.'” But she’s happy that people still remember her name, at least: “I guess it’s gratifying that I’m still somewhat relevant after all these years.” 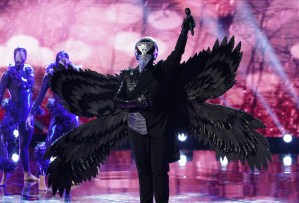 The process of keeping her identity a secret was dizzyingly complex — and quite lonely, actually. The singers have to be in some sort of disguise at all times, and Lake says she never even got to interact with her fellow masked performers: “We were sequestered for the most part. Whenever we were in the same vicinity, we were completely covered. They were diligent about making sure you had the hoods and the visors and the whole thing.” Even when a car would pick her up to take her to the studio, “they did not know my name.” Lake confesses her predictions for who the other singers are haven’t been great so far, either: “I have not guessed anyone right, no.”

Many viewers had correctly guessed Lake’s identity, and she considers that a gift to the fans: “I think I did the audience a favor by making them feel so smart… I took one for the team.”

Did you guess Ricki was the Raven? Drop your thoughts on tonight’s episode — and your guesses for the other singers — in a comment below.