James McAvoy and his thick Scottish brogue were mostly wasted when he presided over Saturday Night Live this weekend.

If nothing else, it was a good night for Kate McKinnon, who was the best part of the cold open, a Leslie Jones music video and a return trip to Narnia. 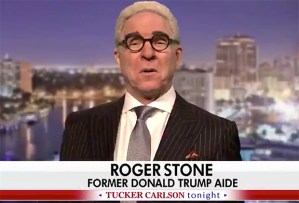 BEST: TUCKER CARLSON
Steve Martin’s turn as former Trump campaign official Roger Stone is getting the most attention, but it’s McKinnon’s portrayal of Wilbur Ross that puts this cold open over the top. Funniest of all is when the out-of-touch secretary of commerce suggests that the American people can “sell a Picasso and send your horses to public school for a few days” to make ends meet. (Watch it here.)

BEST: THE U.E.S.
Jones’ 2019 winning streak continues with this music video about “movin’ on up,” Jeffersons-style, to New York’s Upper East Side. McAvoy amuses as a German bread maker determined to make Zagat his “bitch,” as does McKinnon, who’s perfectly content sharing her Upper West Side apartment with a feline companion.

HONORABLE MENTION: CHARMIN
McAvoy stands out as the outspoken member of a focus group determined to put his own spin on the toilet paper brand’s Super Bowl commercial. His delivery of the line “the booty is clean” — emphasis on the “booty” — was the funniest line reading of the night.

HONORABLE MENTION: MR. TUMNUS
McAvoy reprises his role as the half-man, half-goat creature from 2005’s The Lion, the Witch and the Wardrobe. McKinnon is among the ladies who fetishize the faun and at one point suggests that she’d like to “stick my thumb-nus in your bum-nus.”

WORST: ANOTHER BROTHERS
My pick for the No. 3 worst sketch of the fall was even more grating the second time around. Aside from McAvoy subbing in for Liev Schreiber, the only thing that distinguishes this one from the original is the leaf blower gag.

What were your favorite sketches this week? And what missed the mark? Watch all of the highlights above, then grade McAvoy’s hosting debut in our poll.