Saturday Night Live briefly turned one of the most likable actors in Hollywood into one of the most reviled men in America. No stranger to the program, Steve Martin made a special appearance atop this week’s SNL, playing the freshly incarcerated Roger Stone.

Martin’s Stone was a guest on Tucker Carlson Tonight, with Alex Moffat portraying the polarizing Fox News anchor. Introduced as “a man you look at and instantly think, ‘I trust this guy,'” Stone announced his arrival by exclaiming, “What a fun couple of days! I’m loving the ride.”

When asked if being arrested by the FBI and indicted on seven criminal charges has taken a toll on his overall wellbeing, Stone laughed off such nonsense. “Honestly, I think I’m the happiest I’ve ever been in my life,” he said. “I mean, seven felonies? I can’t even count that high! How cool is that?”

Carlson then suggested that Stone should perhaps be portraying himself as a “feeble old man,” at which point he quickly shifted gears. “Oh, right the pity thing,” Stone acknowledged. “I’m just a poor, helpless old man. I’m 66. I’m almost as old as Sting!” 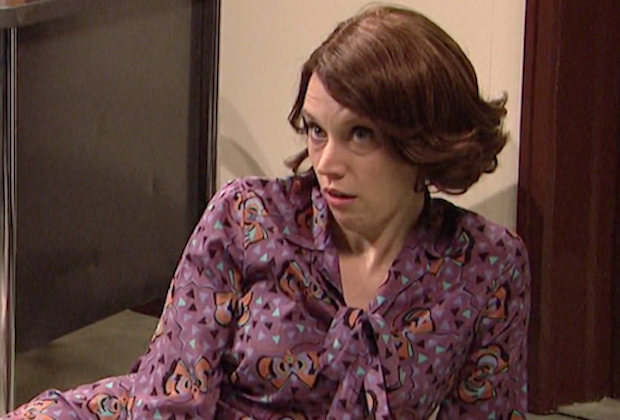 After alleging that he’s suffering financially as a result of his arrest, Stone said, “I set up a donation page based on a phrase people have been yelling at me: ‘Hey, Roger, go fund yourself!'” He then wrapped his memorable appearance on the show by literally begging President Trump to pardon him. (And it’s Fox News, so you know he’s watching.)

Hit PLAY on the video above to see Martin as Stone, then drop a comment with your thoughts.