When he was a teenager seeing Rent on Broadway for the first time, Jason Sherwood had no idea he’d one day create his very own version of the musical’s Alphabet City set. But right from when those jangly guitar notes kicked off Act I, he did know he was witnessing something special. 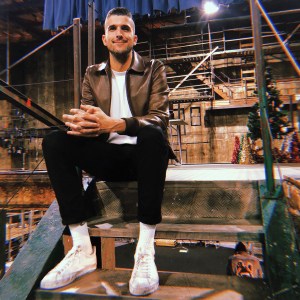 “It felt like the audience was there,” Sherwood (pictured at right) says in an interview the week before Fox’s live broadcast of the show. “It felt like I came to a midnight showing of Rocky Horror [Picture Show]. They were participating. They followed along. They knew when to shut up. They were following the beats, and it felt like it was leaping off the stage — and I knew that that was about the people in the audience as much as it was about the people on stage.”

So when the opportunity arose for Sherwood to serve as scenic designer for Rent: Live, signing on was a very easy decision. In the years between that first viewing and Sunday’s telecast, he’d built a career designing distinctive sets for theater productions (including productions of Frozen and Tommy) and pop musicians (including Sam Smith and Spice Girls): The chance to put his fingerprint on the iconic show’s look was a no-brainer.

Rent Live: Secrets of the Set 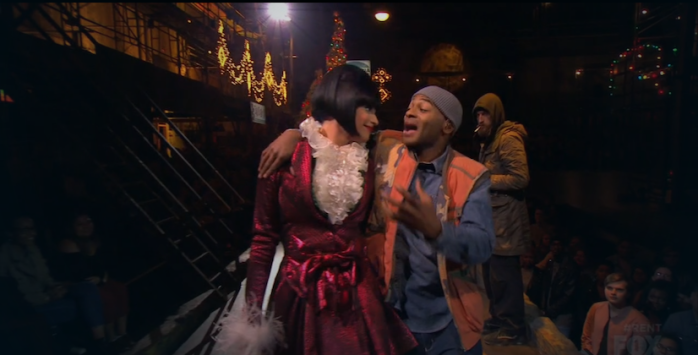 “Ultimately, live performance is an act of community-making. We tell you a story, and it may be about people you know or people you don’t know, and hopefully you have a human experience that leaves you with understanding and a desire to make a connection out in the world,” he says. “I think a lot about how to put those groups of people in conversation in different ways.”

When we had a conversation with Sherwood, we got him to divulge some secrets about Rent: Live‘s elaborate sets. Click on the gallery above — or go to it directly here — to see what he (with the help of a couple of cast members) had to say about Mimi’s catwalk, the trash tree, la table Boheme and more.