We’ve got questions, and you’ve (maybe) got answers! With another week of TV gone by, we’re lobbing queries left and right about shows including Supergirl, The Conners, Criminal Minds and A Million Little Things! 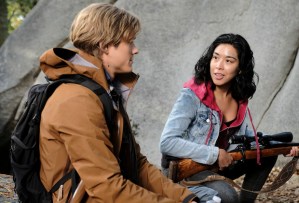 1 | Anyone else feel like the “rocks” that MacGyver and the thieves made such a fuss about climbing over could have just been walked around? Also, how could Mac not foresee the lead bad guy killing his two cohorts because of his one-man sled answer?

2 | If Black Monday‘s Blair is a geek who developed a fancy trading algorithm, couldn’t Andrew Rannells have learned to fake-type a little more convincingly? And how could Maurice request a Crystal Pepsi in 1986, when the drink didn’t exist until 1992? 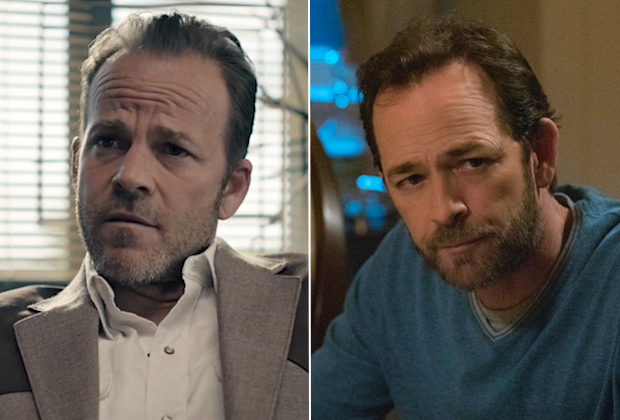 3 | When this season of True Detective ends, can Stephen Dorff just move right over to Riverdale to play Luke Perry’s long-lost brother?

4 | Given that Red Daughter’s arrival was the focus of last season’s Supergirl finale cliffhanger, are you frustrated by how little we’ve seen her thus far? Or are you enjoying the sporadic, disconnected glimpses that we are being fed?

5 | After a string of meh episodes, did Manifest kiiiiinda regain your interest with the arrival of Matt Long’s “time traveler”? 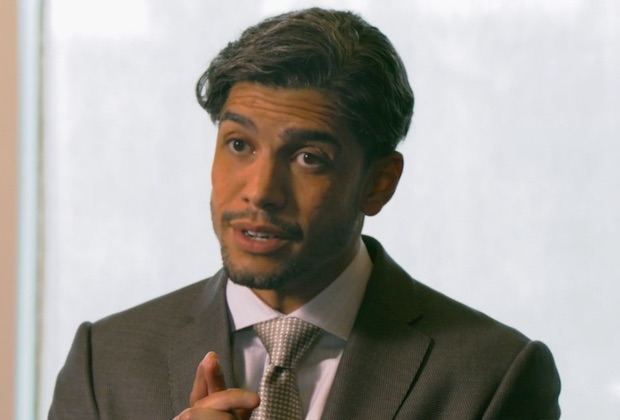 6 | Is it well past time for an intervention with the Arrowverse to discuss the wig situation? And be honest: Did you kinda forget about Curtis until he popped up at Rene’s place? (And isn’t it kinda strange how he’s not mentioned when Team Arrow is discussed in the flash forwards?) 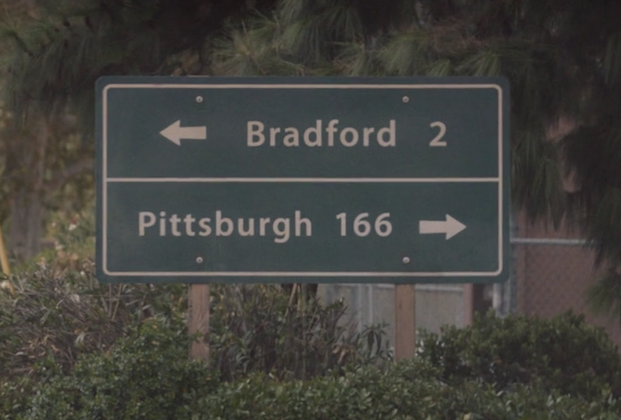 8 | Are we alone in judging This Is Us‘ Randall and Kevin for pressuring barely-got-pregnant Kate to fly five hours and then spend seven hours in a car (taxi from airport included) all to (possibly!) meet an uncle to whom none of them had any prior emotional attachment? Why did they get a different actor to play old Nicky, when every other cast member plays their older selves in old-age makeup? And did it strike anyone else weird that this sign listed the (far) distance to Pittsburgh and, like, not the next town over?

9 | The Rookie‘s “Agent Danvers”: Do no TV writers watch anyone else’s shows?

10 | How is it that The Conners‘ Harris and Mark didn’t overhear their parents’ loud/tense conversation wherein David pleaded with Darlene not relocate to Chicago? And if they did hear it, how could Harris — who in the episode’s tag rejoiced anew about fleeing Lanford — be so certain the Chicago move was still on?

11 | The eventual Suits series finale is gonna feature some royally wonky CGI-ing of old Meghan Markle footage into a closing scene, isn’t it? 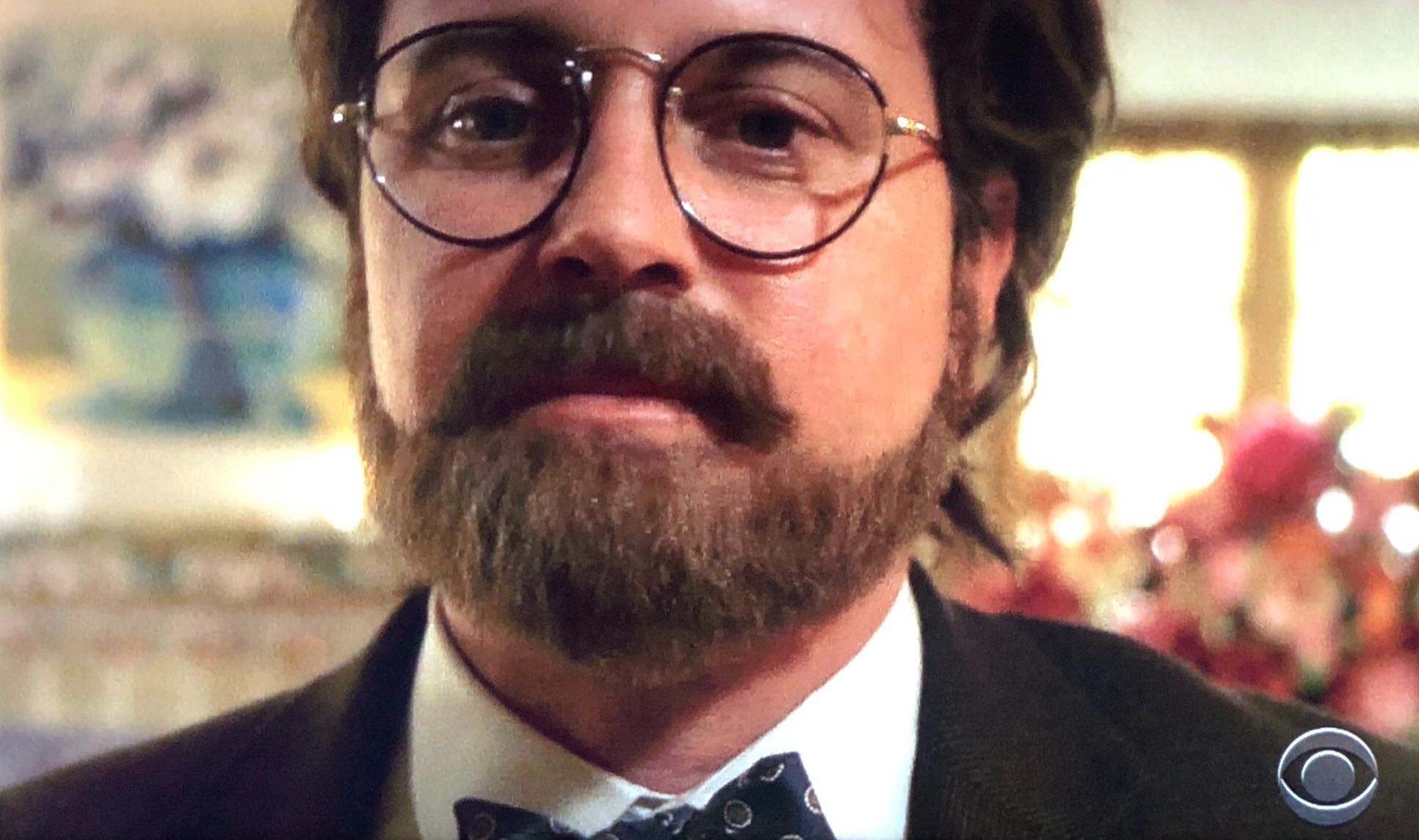 12 | On Criminal Minds, how did the Chameleon’s marks never notice how faaaaaake his facial hair appliances were?

13 | Can we please call out Celebrity Big Brother for blatantly (and quite badly) using Anthony Scaramucci as a publicity ploy, surely knowing he had this annual commitment in Switzerland?

14 | Could the SEAL Team sub maybe have tilted itself a tiny bit, to create a larger, longer-lasting air bubble at one end for Sonny?

15 | Before this week’s SAT prep storyline, you totally forgot that the Riverdale kids were currently enrolled in high school, didn’t you?

16 | Is there a reason 24 Hours to Hell and Back didn’t have Catfish Cabin boss Rachael tell the rest of the staff why she had to fire the surly manager? (It was a good reason, too: The woman was caught on camera, stealing from the register!)

17 | Does The Masked Singer‘s Nicole Scherzinger get paid extra each time she notes whether or not she thinks a contestant is a trained and/or professional singer?

18 | Fellow Schittheads (that’s Schitt’s Creek fans to the rest of ya!): How amazed were you that the show managed to find a love interest for Stevie who seemed at once as perfect for her as Patrick is for David? Also, how badly did you want to hear the Jazzagals’ Nine Inch Nails medley? 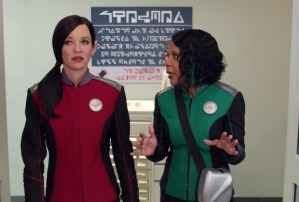 19 | Did The Orville owe us some sort of a hand-wave to explain how Regor 2 had signage in alien language, yet everyone spoke human English? (Or is there an ingestible universal translator at play, such as on Legends of Tomorrow?)

20 | Wouldn’t — or at least shouldn’t — Grey’s Anatomy‘s Owen have had to clear his demotion with Alex before giving Teddy his job? Or are we chalking this up to post-paralysis crazy talk? 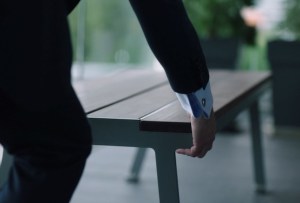 22 | Is A Million Little Things‘ Jon more menacing with a Sharpie than Revenge‘s Emily Thorne? Wasn’t it odd that the show made a point of showing Jon pulling a bench to the edge of his office balcony so he could jump over… but the bench is nowhere near the edge when Ashley runs out after he commits suicide? Also, why was Rome acting like he would be living large after directing one Super Bowl commercial for one client? (He know the $5 million ad rate doesn’t go to him, right?)

23 | Dear Supernatural: What is Winchester Surprise?!

24 | Legacies viewers: Not that we have much faith in a potential relationship, but did anyone else detect a flicker of a spark between Alaric and Seylah? 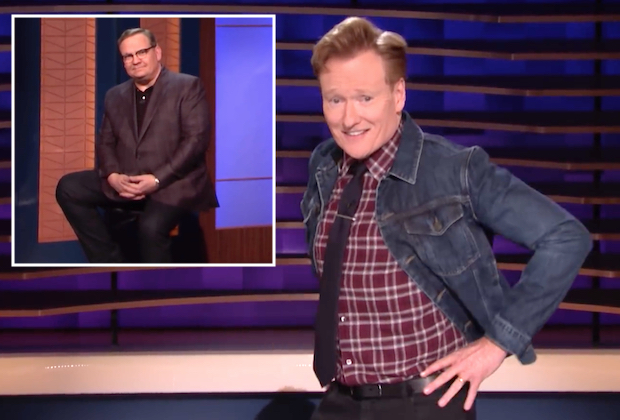 25 | Wasn’t the “new,” half-hour Conan supposed to shake things up and be more experimental? How does Conan O’Brien expect to stay relevant with a show that consists only of a monologue with very few nods to current events, and an extended celebrity interview? And what’s worse: O’Brien’s new wardrobe, or the fact that TBS couldn’t be bothered to get Andy Richter an actual chair?

Hit the comments with your answers –- and any other Qs you care to share!