Metropolis’ most notorious villain is about to become National City’s problem. As previously reported by TVLine, Jon Cryer (Two and a Half Men) is joining the cast of The CW’s Supergirl in the iconic role of Lex Luthor — brother of Lena (played by Katie McGrath) and arch enemy of Superman (Tyler Hoechlin) — and now, we have our first look at the bald baddie in action.

Lex will make his inaugural appearance in Supergirl‘s March 17 episode (The CW, 8/7c), appropriately titled “O Brother, Where Are Thou?” Per the episode’s official synopsis, “Lex Luthor reaches out from prison to enlist Lena into one of his plans and will stop at nothing to get her on board, even if that means leveraging the life of one of her friends.” News of Cryer’s casting first broke in Nov. 2018.

Scroll down for the full shot of Cryer as Lex, then drop a comment with your thoughts. 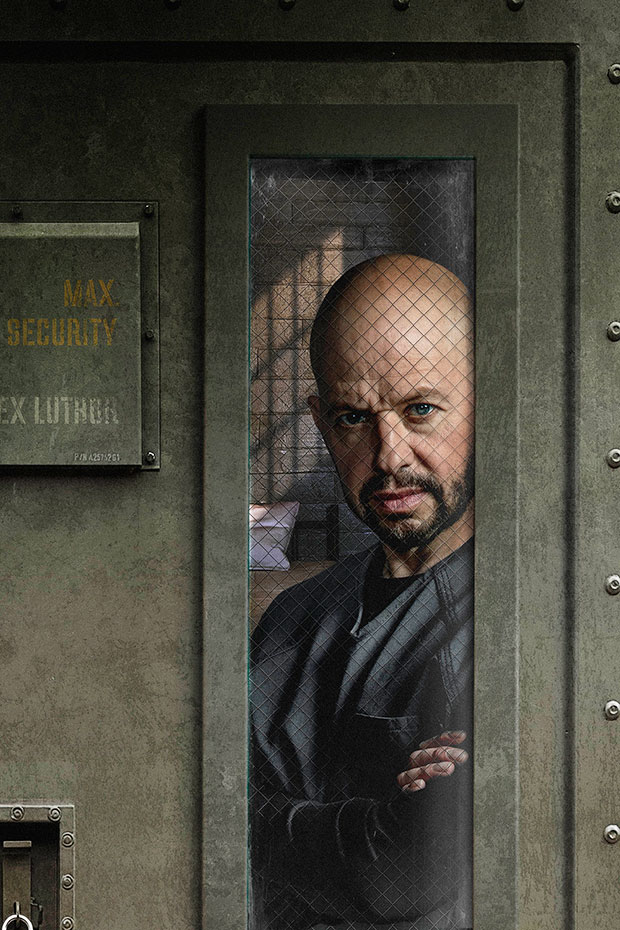