The following story contains spoilers about The Conners‘ Season 1 finale — proceed at your own peril.

Turns out Tuesday’s Season 1 finale of The Conners featured two big returns. In addition to Johnny Galecki’s buzzed-about comeback as David, “We Continue to Truck” resurrected another pivotal character (albeit an inanimate one): the Lunch Box! The ill-fated eatery — now under new management — served as the backdrop for Jackie’s emotional breakdown (triggered by her split from Matthew Broderick’s two-timing alter ego Peter).

Below, star/exec producer Sara Gilbert dissects the episode’s myriad developments and previews the fallout in a potential Season 2.

TVLINE | I know a second season has not officially been ordered yet, but the finale certainly sets up a Ben/Darlene/David triangle. She’s still dating Ben but she’s clearly staying put in Lanford to be close to David. Might this foreshadow a larger role for Johnny moving forward, particularly in light of The Big Bang Theory ending?
That’s something I’m very hopeful about. I know he loves doing the show. I love having him. We have a magical time together. I would anticipate that he would do some [episodes] but I don’t want to speak for him. 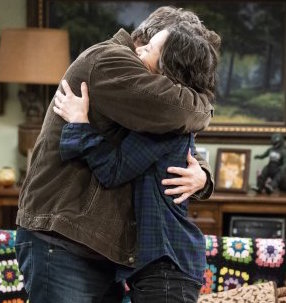 TVLINE | I have really taken a liking to Ben — so much so that I’m not sure I want Darlene to choose David.
I think a lot of people feel that way, which is good because it makes [the triangle more complicated].

TVLINE | Darlene tells Ben she loves him in this episode. Does she mean it?
I think Darlene does love Ben. But a love that’s new is obviously different than a love of 30 years, with someone that you have children with. In some ways it’s stronger and in other ways it can’t compete.

TVLINE | David broke up with Blue — does that mean we’ve seen the last of Juliette Lewis?
I would love to see her again. We haven’t gotten into creative [discussions about Season 2] because we aren’t officially picked up yet. But that is something we’ll explore. I’m a huge fan of Juliette Lewis and I like how Darlene judges her and then softens to her. I like the complicated dynamic between David and Darlene and she obviously adds [more] complications.

TVLINE | Why do you think it took Jackie so long to cut the loathsome Peter loose?
She hasn’t dated anyone seriously for a long time. And people are in toxic relationships for years. Compared to, like, my friends, Jackie moved on pretty fast. [Laughs] Peter represented her life jacket. She was facing so much loss over her sister; in a way [Roseanne’s death] hit Jackie the hardest. And so she scrambled into this new relationship and it made her feel like, “OK. My life is on track.” So when that fell apart she had to face that her whole life was falling apart.

TVLINE | Why did this episode feel like the right time to bring the Lunch Box set back into play?
We knew that we wanted Jackie to melt down in the [finale]. That’s something we talked about since the beginning of the season. It was just a matter of where [the breakdown occurred]. And then it sort of became, “Oh, yes. This is the symbolic place where they worked together and where they were happy.” It had an emotional punch for everybody [because it served as a reminder] of what’s been lost. 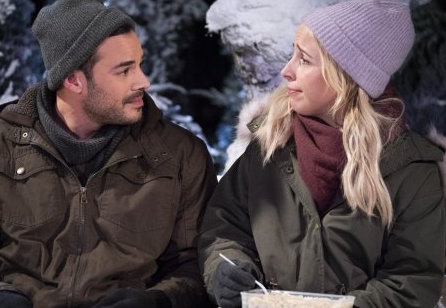 TVLINE | Emilio was deported, but I’m assuming that’s not the end of his story?
Again, we haven’t started any of the creative discussions [for Season 2], but I love [his portrayer Rene Rosado] as a person and he’s so great in the role. I wouldn’t rule it out.

TVLINE | When do you think Dan will be ready to start dating, if he ever is?
That’s something I’m not sure of yet, honestly. If he ever did, it wouldn’t be something he was looking for.

TVLINE | I really enjoyed Katey Sagal on the show. She was great with John Goodman.
Yes. She was amazing. I’d love to have her back as well, if we [are renewed].

TVLINE | How much of what transpired on The Conners was originally conceived as a storyline for the ill-fated second season of the Roseanne revival? Like, for instance, was it always the plan for Becky to get pregnant?
Yes. We talked about that [during the first revival season]. Some of the stories may’ve gone in a different direction [on The Conners].

TVLINE | General reflections on Season 1 now that it’s behind you?
I’m just grateful that we got to do it and that people watched. I didn’t know if that was going to happen going in. I was hopeful. Obviously there were a lot of emotions going in, so I’m grateful things have settled down a little bit and everything seems OK right now.