We’ve got questions, and you’ve (maybe) got answers! With another week of TV gone by, we’re lobbing queries left and right about shows including The Gifted, Good Trouble, Criminal Minds and Brooklyn Nine-Nine!

1 | In Black Mirror: Bandersnatch, how is there no option to choose a pronunciation of “Stefan” that the characters can agree to all use?

2 | For what was dubbed “an Expendables episode,” was last week’s Hawaii Five-0 a bit light on firepower/pyrotechnics? As if they (ahem) expended it all in the fall finale face-off, in which Joe died?

3 | Is there any better feeling than when Blue Bloods‘ Frank gives some newcomer to the political landscape a stern, pointed dressing-down? 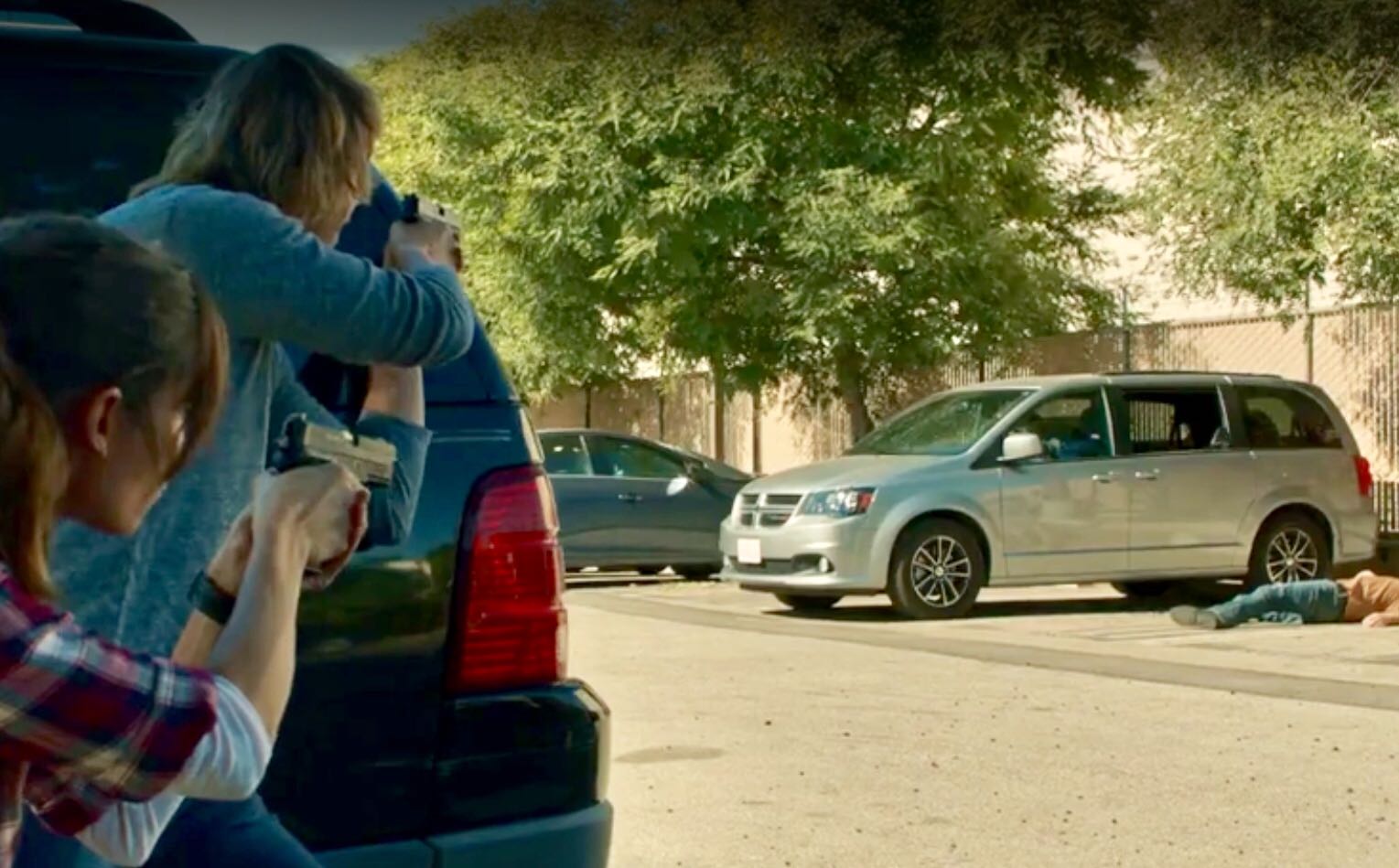 4 | During the shootout with the minivan, why didn’t NCIS: LA‘s Kensi and Deeks aim for the tires, thus preventing a getaway? Also, for a show that obscures its SUV emblem, didn’t this week’s episode refer to “the Audi” a lot?

5 | Golden Globe watchers: Despite all the drama that went down behind the scenes on Bohemian Rhapsody, were you surprised that not a single one of the film’s myriad winners — from Rami Malek to any of the producers — threw a thank-you bone to embattled director Bryan Singer?

6 | Shouldn’t Dirty John‘s Debra have at least secretly recorded the café conversation she had with John? And when Debra’s lawyer (played by Scandal‘s Jeff Perry) found out she’d met with John, did you half-expect him to launch into an angry Cyrus Beene monologue?

7 | Based on the Howards’ and Quayles’ differing facial hair in Counterpart, do you think they filmed the Season 2 scenes for one “side” first, and then filmed the others?

8 | Did Manifest‘s Autumn ditch her burner phone because it simply was uncomfortable to hide inside her ankle boot? Also, does Danny have a job? Or does this brah spend every single day biking, climbing, etc.? 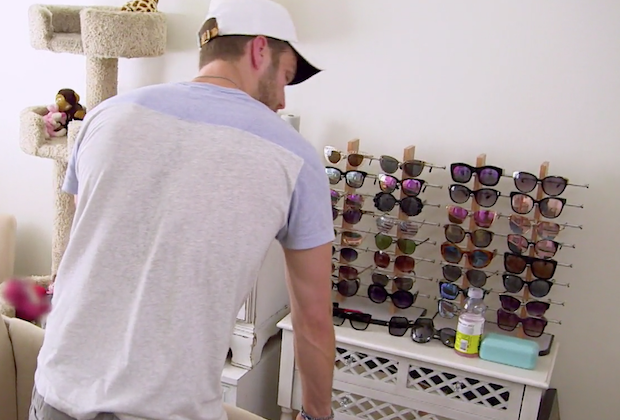 9 | Does any human on earth own more pairs of sunglasses than Vanderpump Rules‘ Scheana?

10 | New Amsterdam viewer Tasaman asks, “Didn’t Max ask Bloom to perform a biopsy on him in the first episode? How did she not figure out something might be wrong?”

11 | Does The Rookie‘s Chen have the worst poker face or what? (When West asked her about the incident at Nolan’s home, she all but reacted with, “Homina, homina, homina….”) Also, wouldn’t the bad guys’ apartment building frequency jammer have kept Chen and Bradford from using the body cam app? 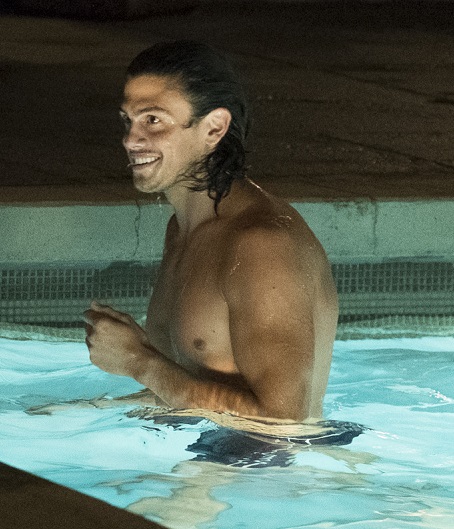 12 | Is it too early to declare Good Trouble‘s Tommy Martinez (aka Gael) the winner of TVLine’s Jordan Catalano Dreaminess Award for 2019? And is $3200 for a one-bedroom outrageous even by Los Angeles rent standards?

13 | Why did The Conners‘ Dan tell off his attorney for getting his family’s hopes up? Isn’t it his own fault for telling everyone about a potential six-figure settlement before he had a check in hand?

14 | Is anyone on TV doing better kissing than The Gifted‘s Lorna and Marcos?

15 | Any other weak-bellied 24 Hours to Hell and Back viewers have to avert their eyes throughout the kitchen inspection part of the hour?

16 | Why did The Masked Singer stop giving us heights (dammit)?! 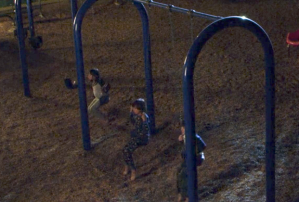 17 | In the non-gory scheme of things, was Criminal Minds‘ cold open — with the hypnotized, pajama’d rugrats drifting to the playground in the middle of the night, and then into the van — one of the show’s disturbing moments?

18 | Don’t you just love it when Chicago Fire‘s Casey goes all MacGyver during a crisis?

19 | You’re the Worst‘s season premiere: fun departure, or total waste of a half-hour? And how could ’90s gal Gemma already be sick of Chris Klein movies when he didn’t make his screen debut until 1999?

20 | When Marie Osmond and Mark-Paul Gosselaar appeared on Watch What Happens Live, they told Andy Cohen they were meeting for the very first time — so how do they explain this clip of MPG’s appearance on a 1999 episode of the Donny & Marie talk show?

21 | Did Gotham‘s very final frame make you scream (in a good way)? 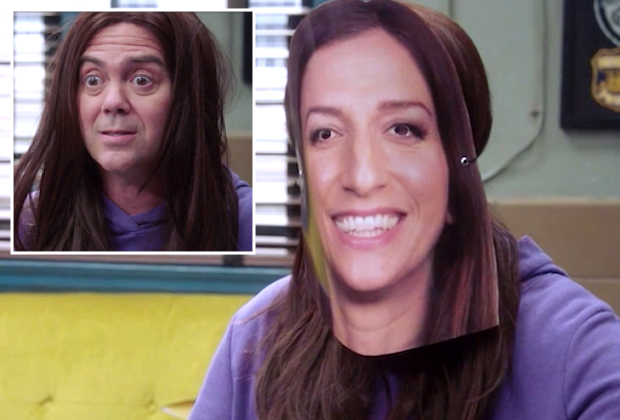 23 | Has The Big Bang Theory forgotten that Zac is Penny’s ex-husband, not just her ex-boyfriend? And would Zac’s wife still go with Leonard as a sperm donor if she knew that Penny and Zac were once married?

24 | Do you suspect that The Orville‘s minute-long, CG-rendered Xelaya flyover sequence — coupled with the eevek creature — cost more than entire episodes of other TV shows?