Frank Castle is spoiling for a fight in the newly released trailer for Season 2 of Marvel’s The Punisher. And it looks like a familiar — albeit scarred — face is more than happy to give it to him.

Ben Barnes’ Billy Russo is back “and he has an army,” the sophomore season promo makes clear. The series returns to Netflix on Friday, Jan. 18.

Per the logline, Jon Bernthal’s Frank “can run but he can’t hide from who he’s meant to be. Season 2 finds Frank in all-too-familiar territory. With Castle’s former brother-in-arms Billy Russo slowly beginning to heal from the traumatic brain injury Frank inflicted on him, it’s only a matter of time before Billy starts to put the pieces of the puzzle back together.”

Indeed, as the spot shots us, Billy seems rather happy to have Castle back in his sights, especially when The Punisher becomes involved in protecting a young woman (played by Scream‘s Giorgia Wigham) who’s seen some trouble of her own. 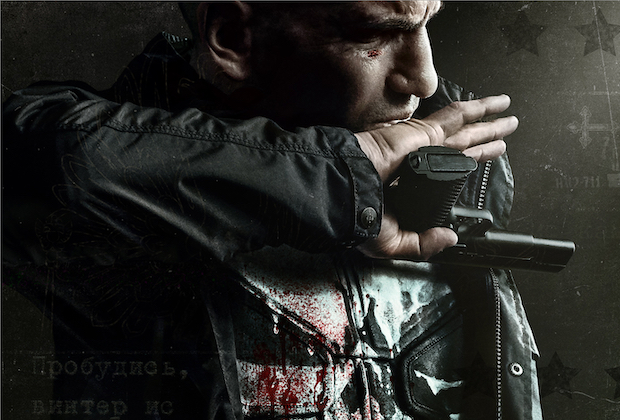 As we’ve noted before, The Punisher‘s return comes amid Netflix’s de-Marvelization. In recent months, the streamer has cancelled both Luke Cage and Iron Fist. Jessica Jones Season 3 is the last remaining Marvel/Netflix series awaiting a release date.

Press PLAY on the video above to get a feel for Season 2, click through the gallery of new Season 2 photos above (or go to it directly here), then hit the comments: Will you tune in for another round with The Punisher?