Good Doctor executive producer Daniel Dae Kim is set to step in front of the camera — and on a few toes — before Season 2’s end. In what will mark his first primetime role since his high-profile exit from Hawaii Five-0, Kim is set to recur as new chief of surgery Dr. Jackson Han, TVLine has learned.

Kim will appear in the last four episodes of Season 2, beginning with Episode 15 (airdate TBA), directed by series star Freddie Highmore. Dr. Han’s arrival promises to “shake things up at St. Bonaventure and specifically put Dr. Shaun Murphy’s career in jeopardy,” according to ABC. The network has released two first-look photos (as seen above and below) in conjunction with the announcement .

“As a fan of our show, I’m thrilled to be doing a guest arc with such a talented, kind and hard-working cast,” Kim said in a statement. “[Executive producer] David [Shore] and I have been looking for the right opportunity, and we’ve found a character that’s both dynamic and surprising. It’s an added bonus for my character to be directed by our own Freddie Highmore, who’s proving to be as talented behind the camera as in front of it. It’s been a lot of fun already, and I’m excited for the episodes to air.”

In June 2017, news broke that Kim and fellow Five-0 series regular Grace Park would not return for Season 8 after failing to secure pay parity with co-stars Alex O’Loughlin and Scott Caan. Since then, both Kim and Park — who has since landed on fellow ABC drama A Million Little Things — have weighed in on their controversial exits, with Kim acknowledging that “it’s possible to be grateful for the opportunity, and respectful of the colleagues and the people that I worked with,” and “still maintain a steadfast sense of your self-worth.”

Kim, of course, previously co-starred on ABC’s Lost. His Good Doctor gig reunites him with former Five-0 outlaw Will Yun Lee, who recurred as Sang Min during the first seven seasons of the CBS procedural.

Are you excited to see Daniel Dae Kim on The Good Doctor? Hit the comments with your reactions to his Five-0 follow-up. 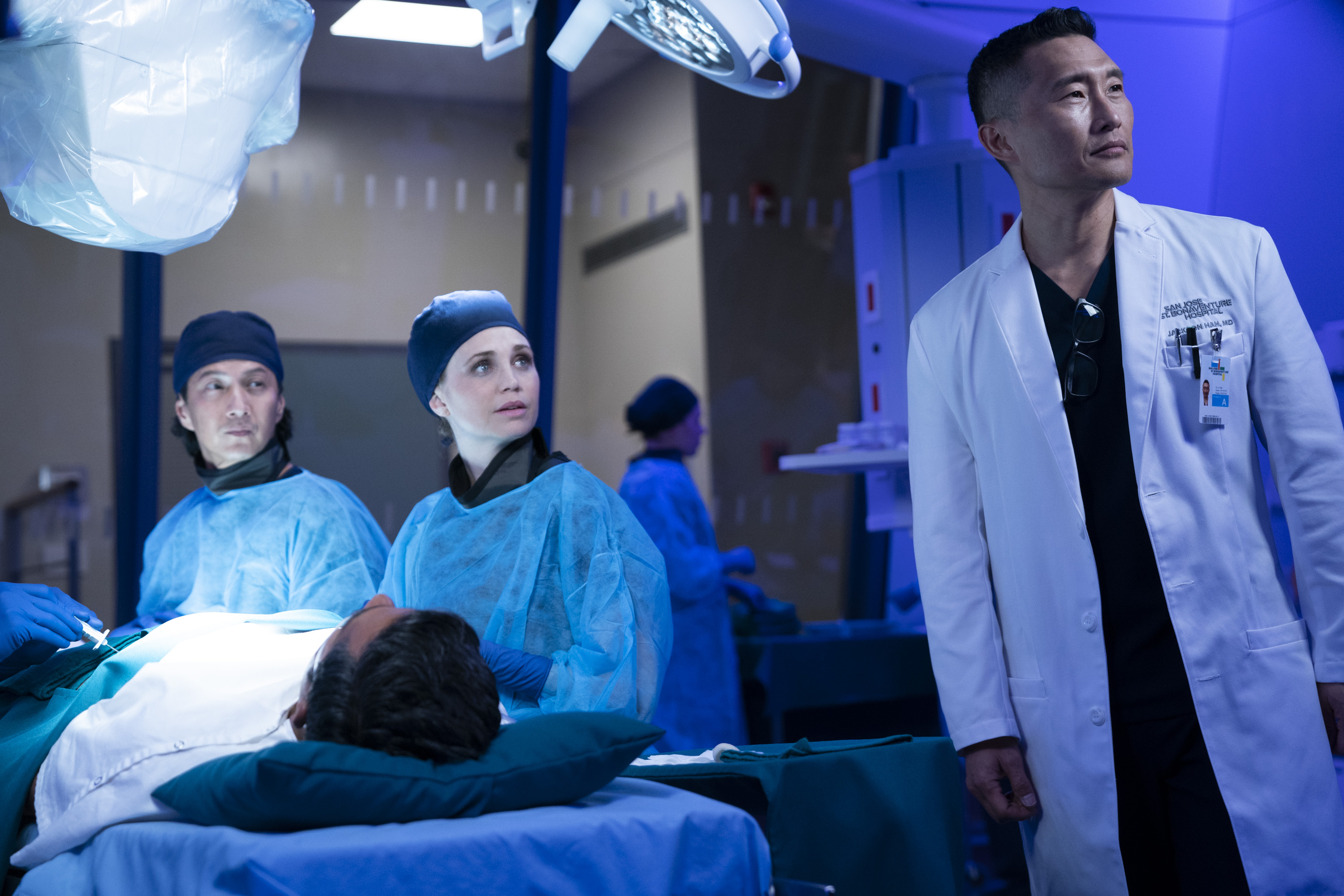