The Good Doctor has a need… a need for speed? TVLine has your exclusive first look at Episode 12 (airing Monday, Jan. 21 at 10/9c on ABC), which finds Shaun, Lea and Glassman out for a much-needed day of fun.

As you’ll recall, The Good Doctor ended its 2018 run on multiple major cliffhangers, most of which were sparked by an emergency room quarantine (read our post-mortem). An overwhelmed Shaun was practically in the fetal position when we last saw him. With the medical marvel incapacitated, Lea drove Glassman to his latest doctor’s appointment, where he discovered that his cancer had come back.

The following photos don’t provide answers about the outcome of the quarantine — though it’s safe to assume that Shaun doesn’t wind up among the infected. We also can’t deduce the severity of Glassman’s latest brain tumor.

What’s obvious is that the former hospital head will now need Shaun and Lea more than ever, regardless of his prognosis. Here, we see Lea hand Shaun’s mentor a protective helmet, before the trio buckle in for what’s sure to be an epic go-kart race.

The Good Doctor Season 2 resumes on Monday, Jan. 14. In the meantime, hit the comments with your reactions to the photos below! 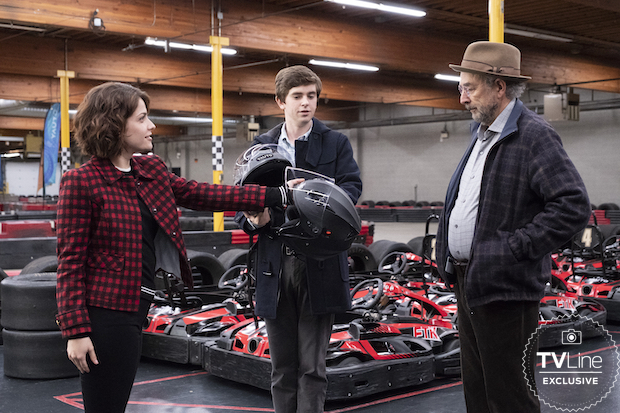 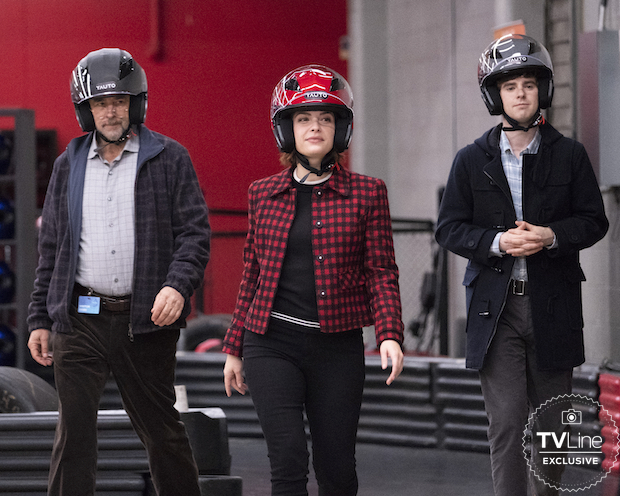 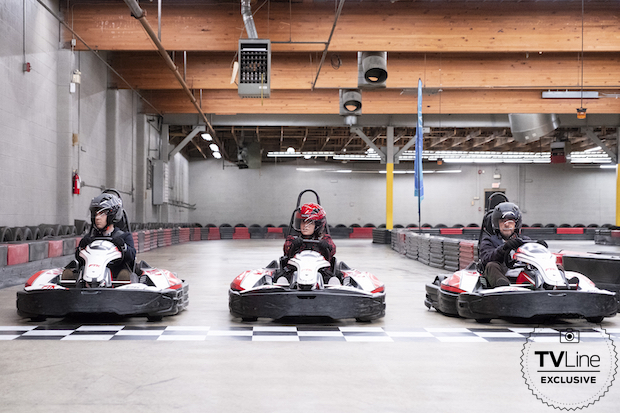