A mother’s job is never done: Pamela Adlon’s FX comedy Better Things will return for Season 3 on Thursday, Feb. 28 at 10/9c, the network announced on Thursday.

Adlon stars as single mom Sam, who juggles her career as a working actress in L.A. with raising three girls on her own. (Adlon has scored two straight Emmy nominations for Outstanding Lead Actress in a Comedy Series for the role.) Season 3 also marks the show’s first season without any contributions from Louis C.K., who co-created the series with Adlon and wrote or co-wrote most of the episodes across the first two seasons; FX cut ties with C.K. after the comedian admitted to several instances of sexual misconduct.

Season 3 plot details are scarce at this point, but the new season does promise an intriguing slate of guest stars, including Sharon Stone, Matthew Broderick (who will recur as a counselor), Judy Reyes and Sleepy Hollow alum Janina Gavankar. Recurring cast members Diedrich Bader, Greg Cromer, Rebecca Metz, Kevin Pollak and Alysa Reiner will reprise their roles in Season 3 as well. Adlon will direct all 12 episodes.

FX has also released a poster for the new season, which you can see right here: 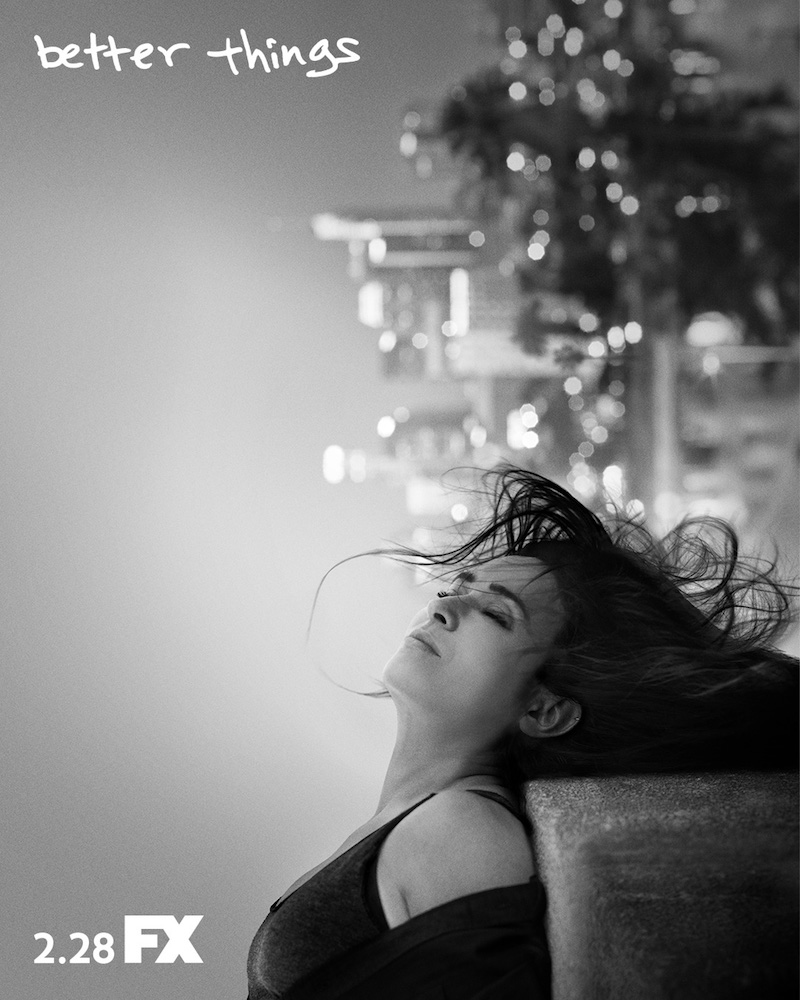 Are you excited to spend more family time with Sam and her girls? Drop your thoughts on Better Things Season 3 in the comments below.