Timeless locked away its time-hopping lifeboat during the series finale earlier this month, but the possibilities of where the show could have traveled to are endless.

Below, stars Abigail Spencer, Matt Lanter, Malcolm Barrett and Claudia Doumit reveal the time periods they wish the NBC drama had gotten to visit before its end, including the MLK-era trip that almost was.

SPENCER | The actress wanted to explore “a lot of stuff in the Greenwich Village [during the] 1920s. I’m really, really interested in the 1910 to 1930 time period because [of FLOTUS] Edith Wilson. We’ve got Eleanor Roosevelt during that time. We’ve got a lot of the suffragettes.” 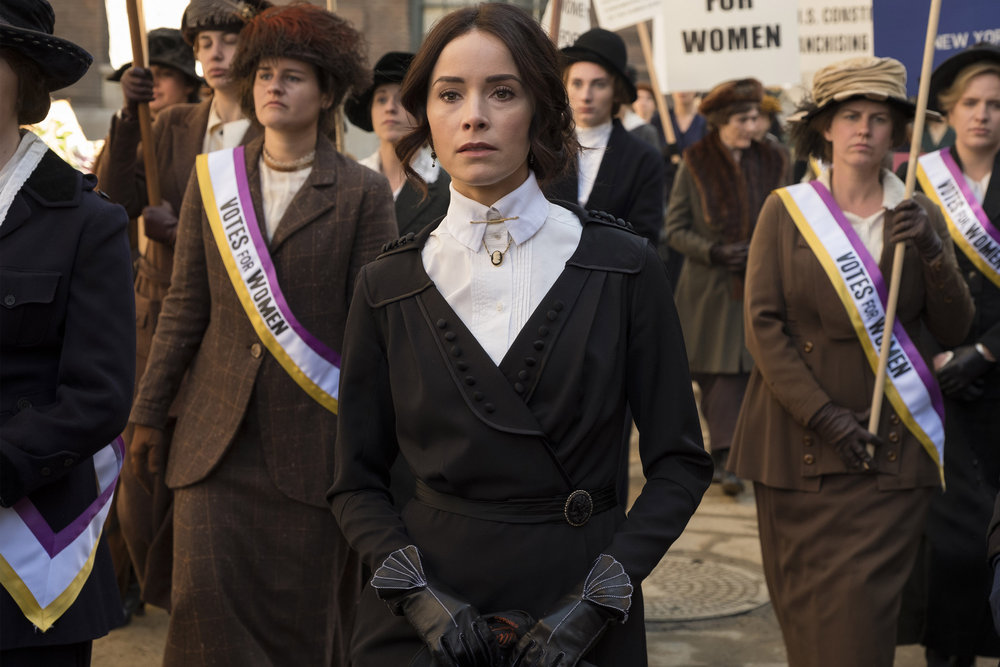 “If we [went] to the late 1800s, I would have loved to meet Ida B. Wells. She stood up against lynching. She was really kind of one of our godmothers of the suffragette movement. She was really at the start of it, and an African-American woman, as well.”

LANTER | “It’d be really cool to see something with the Roman Empire. Save somebody from becoming a gladiator? Trying to get them to become a gladiator to, like, preserve history and stories? I don’t know… It’d be really interesting. I think it’d be really expensive to do Roman Empire, and how would that play into history, I’m not sure. But it would be a cool time period to do.”

BARRETT | “There was talk about visiting Martin Luther King [Jr.] at one point and seeing [him] during the civil rights movement, because there was a point where he had considered suicide. So [there was] talk of an episode for a while, which I would’ve loved to have seen. It would’ve been great to visit Jimi Hendrix or something like that. I love music, so a lot of what I want to see is music versions of everything.”

DOUMIT | “I always want to go back to like the Jurassic period. I think that’s awesome. Dinosaurs, that kind of stuff is just fascinating. That’s a completely different world than anything that we have any history of. There’s so much that’s unknown about going that far back… That’s like the most dangerous time period, but I’m like, ‘Yeah, let’s go there! Let’s do that one!’ [Laughs]”

Timeless fans, which time periods and historical figures did you want to see?