“When a hero falls, guilt cuts deep.” That haunting tagline accompanies a new teaser for the final episodes of Freeform’s Shadowhunters, which returns for the second half of its third season on Monday, Feb. 25.

The “hero” in question is Katherine McNamara’s Clary, who was blown to bits — along with Lilith and Jonathan — in the final moments of the drama’s Season 3A finale earlier this year. And the “guilt” apparently belongs to Jace, who angrily declares, “If it wasn’t for me, Clary would still be alive.” (True or not, there’s no reason to take your anger out on a poor, defenseless mirror, Jace!)

Alec attempts to talk some sense into his parabatai (“The way you’re acting, it’s a disgrace to her memory!”), but it doesn’t look like Jace is in the mood to listen to reason — you know, for a change. 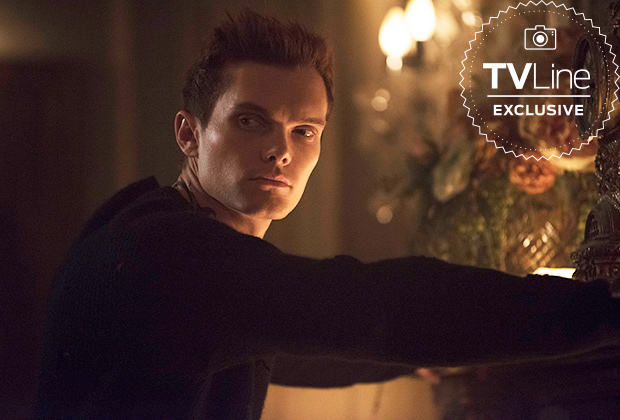 TVLine recently unveiled an exclusive first look at the “real” Jonathan, who will be played by newcomer Luke Baines. The character was previously played by Will Tudor, though he had taken over the identity of another Shadowhunter named Sebastian Verlac. As executive producer Todd Slavkin explained to TVLine, “It’s the real Jonathan with the real DNA he was born with. It’s not going back to 2B and seeing that dynamic.”

Hit PLAY on the new Shadowhunters teaser below, then drop a comment with your hopes for the final episodes.