Now that they have completed their fall runs, let’s see how each network’s shows are stacking up thus far for the 2018-19 TV season, first turning our attention to ABC.

Listed below is the average Live+Same Day demo RATING for each ABC series. Beside that is the percent CHANGE versus each program’s previous full-season average (or its time slot predecessor’s performance, if mentioned among NOTES). Each program’s RANK refers to perhaps the most critical measure — how it is faring compared to other shows on ABC, since come springtime heads must roll to make room for shiny-and-new pilots.

THE TVLINE BOTTOM LINE: The “Grey’s Anatomy is still on?” people can stick some gauze in it, as the stalwart med drama tops ABC’s chart for a second straight year; moving Million Little Things to that post-Grey’s spot could prove to be the season’s smartest switch. And no, The Conners is no Roseanne, but it’s still the network’s No. 1 comedy and its most-watched series (averaging 7.6 million viewers); ergo, Season 2 talks. ABC can’t be thrilled that The Good Doctor‘s vitals have waned this much in Season 2, capping what is now a flat-lining night. 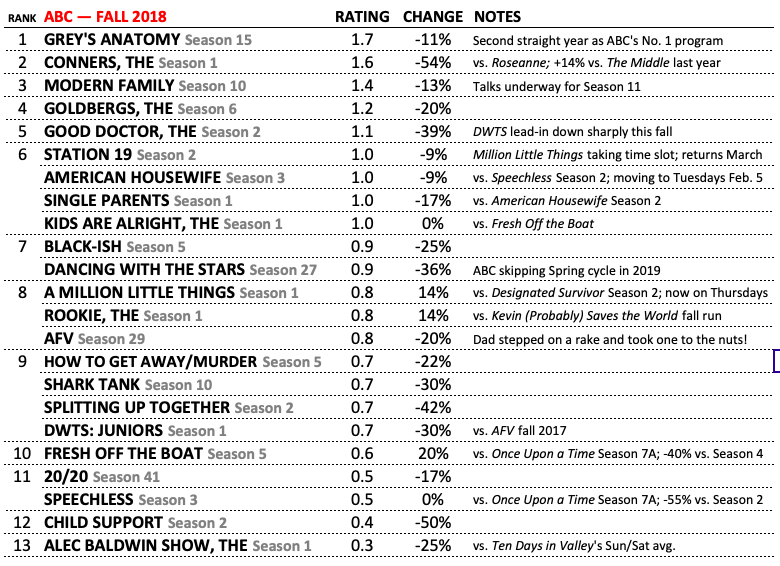