TV was riding higher than ever on the nostalgia wave in 2018 — and we have the numbers to prove it.

Our Year in Review continues with a look back at 26 of the best small-screen reunions that took place over the last 12 months. That’s up from 22 that made the cut this time last year, and wayyyy up from the 15 that merited inclusion the year before that.

These reunions came in many forms: The casts of Degrassi and Victorious, for example, reassembled for unforgettable music videos, while other ensembles — including that of Roseanne and Murphy Brown — reprised the roles that made them famous so many years ago.

Even the stars of All My Children and Reaper got back into character — though none of them were quite ready to commit to a full-blown revival. The same can’t be said for former employees of The Office, who were practically begging for a sequel series during a recent appearance on Saturday Night Live. 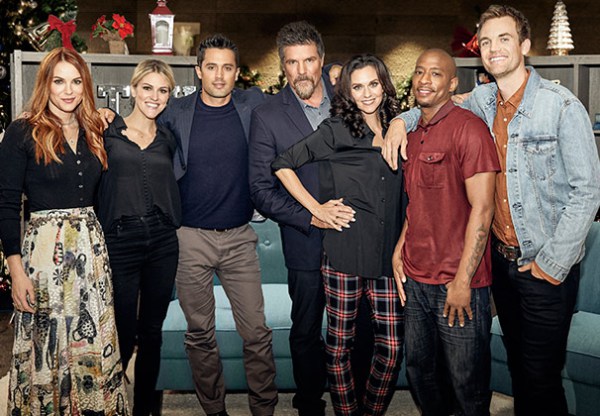 Some castmates re-teamed on new projects. The stars of One Tree Hill got back together to shoot a Lifetime Christmas movie, and Netflix’s Fuller House managed to reunite the Bionic Woman and the Six Million Dollar Man.

Click through the attached slideshow to see if your favorite reunion made the cut, then hit the comments with your reactions.

Still ahead in our 2018 in Review: The Dumbest Things TV Did, the Year’s Workaholics, Characters Who Had the Worst Year and much more!