If legal battles were won with determined stares, the men and women of Proven Innocent would come out on top — case closed.

Alas, there’s a lot more work in righting legal wrongs, but the stars of Fox’s new ensemble drama still make it look good in this exclusive glimpse at the series’ Season 1 poster.

The midseason drama stars Rachelle Lefevre (Under the Dome) as a Madeline Scott, a lawyer who heads up a firm dedicated to turning over wrongful convictions. Kelsey Grammer (Frasier) plays Gore Bellows, a tough-nosed state’s attorney who convicted Madeline for murder when she was 18; Madeline later was exonerated, but Gore still believes she’s guilty.

Proven Innocent will premiere Friday, Feb. 15 at 9/8c. Until then, take a good look at the poster below (click on the link to see it in full), then hit the comments: Are you planning to watch Proven Innocent? 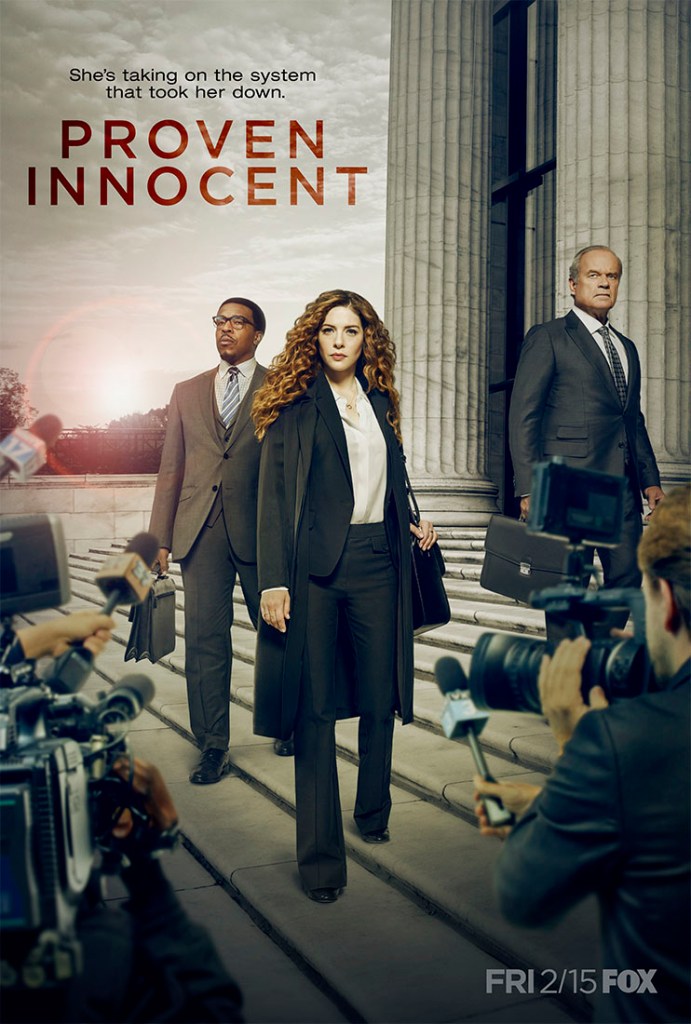