Yippee ki yay, Jake Peralta! NBC on Sunday released the first full-fledged trailer for Brooklyn Nine-Nine Season 6, which places the aforementioned Die Hard superfan at the center of his very own action movie. (He’s even wearing a wife beater, just like John McClane!)

In the above video, Jake (Andy Samberg), Amy (Melissa Fumero), Rosa (Stephanie Beatriz) and Terry (Terry Crews) find themselves stuck on the roof of a high-rise, which is set to detonate at any moment. Jake devises a plan to get his fellow officers down to safety, while a concerned Captain Holt (Andre Braugher) watches from the ground, accompanied by Jake’s personal cheerleader/BFF Charles (Joe Lo Truglio). What happens next involves a helicopter, some gratuitous slow motion and a stunt that defies the basic law of gravity.

The B99 trailer is set to make its televised debut at halftime during Sunday Night Football‘s L.A. Rams vs. Chicago Bears match-up. Additionally, NBC has released a second version of the trailer complete with an alternate, Holt-approved ending (watch below). 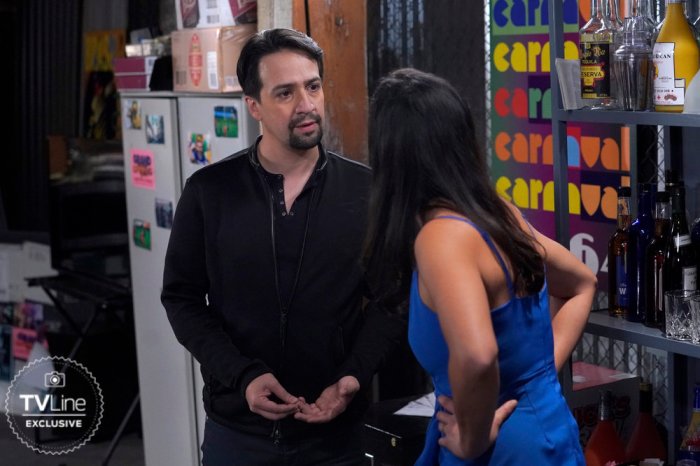 Brooklyn Nine-Nine makes its NBC debut on Thursday, Jan. 10 at 9/8c. The first episode back is expected to reveal whether or not Holt has been named the NYPD’s next commissioner. We’ll also follow newlyweds Jake and Amy on their honeymoon (Get First Look).

As for the rest of Sesaon 6, fans can look forward to an Amy-centric #MeToo episode and a “f–king epic” exit for administrative assistant Gina (departing series regular Chelsea Peretti).

Press PLAY on the trailers above and below, then hit the comments with your reactions!