“Oh, Barry, what have you done this time?”

The Arrowverse’s “Elseworlds” crossover kicked off with a body swap/quantum leap on Sunday night’s The Flash, and Oliver Queen couldn’t help but think that the scarlet speedster was behind the switcheroo. (With the amount of timeline-tampering Barry has done, it is the obvious first guess.)

The eventful first hour offered up plenty of hijinks and heartwarming exchanges. Here, we highlight five moments that made us laugh, cheer, awww or, in one case, left us concerned about a certain couple: 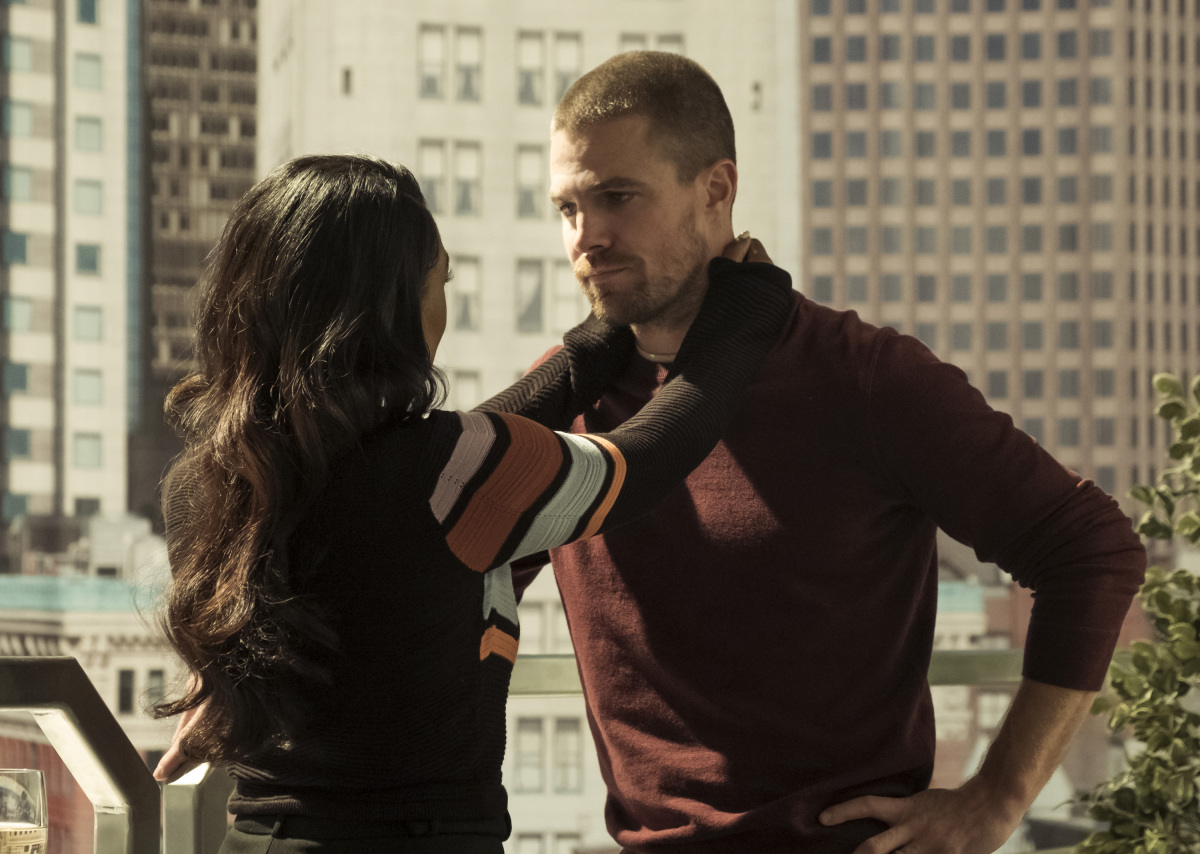 A QUEEN OUT OF WATER | It’s not often that the broody vigilante gets to lighten up, so seeing Oliver adjust to his strange new surroundings and speedy powers is a comedic treat. From his awkward exchanges with his “wife” Iris — “I did not get enough sleep” is one way to explain things — to his horror at learning he can’t get drunk as a speedster (“This day cannot get any worse!”), Oliver’s confusion and uneasiness is delightfully entertaining. If this is what happens when the hero is out of his element, we’re all for it!

SOMEBODY SAVE ME | After surmising that their situation might be an Earth-1 thing, Oliver and Barry visit their pal Kara on Earth-38, where she’s hanging with her cousin Clark Kent and his girlfriend Lois Lane on the Smallville farm. And what better way to introduce the setting than with the unexpected sounds of Remy Zero’s “Save Me,” aka the Smallville theme song!

PAYBACK IS A… | Remember when Oliver shot Barry with arrows during a training session in the very first crossover event? Well, Barry finally gets his revenge on the Kent farm. Oliver suspects that his friend has remote control arrows hidden in the field, but Barry reassures him that he does not. Then, when Oliver’s defenses are down, he’s struck by two arrows as Barry gleefully announces that he’s been waiting four years for that. (It was totally worth the wait!) 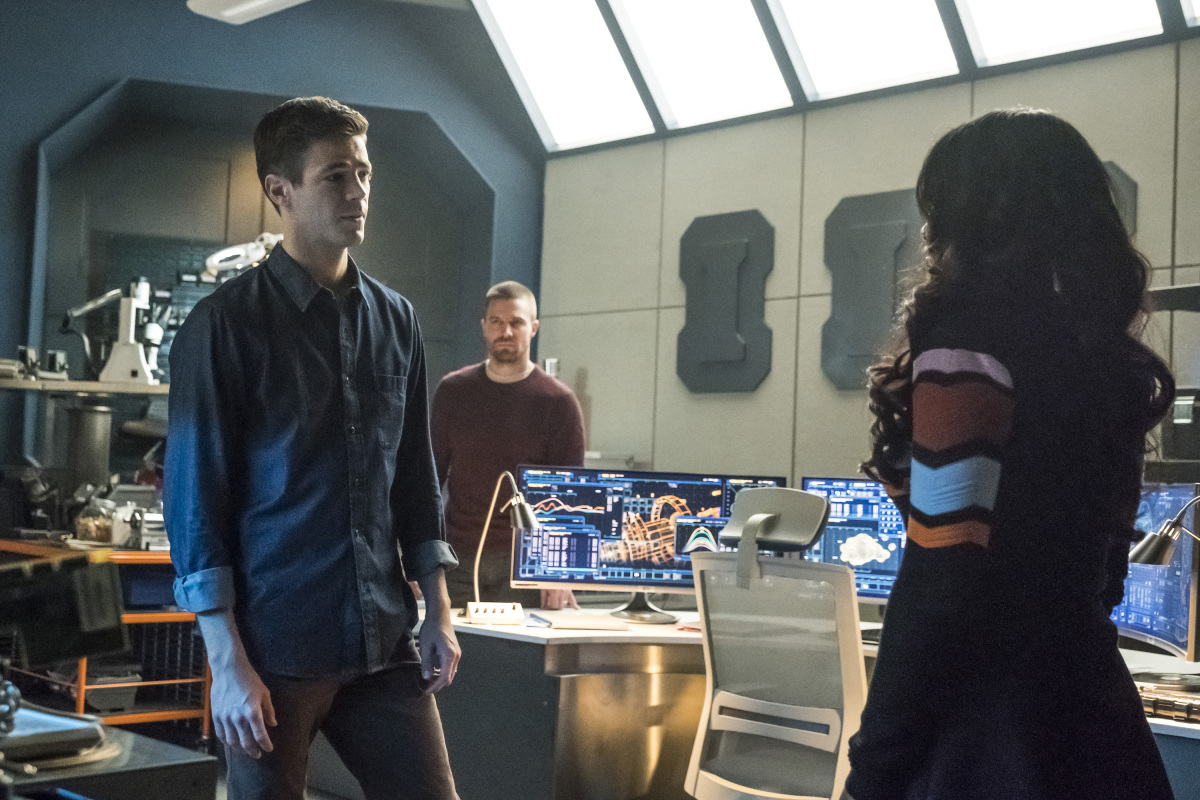 LIGHTNING ROD | Initially, Team Flash is not on board with Barry and Oliver’s story that they’ve somehow swapped lives. But then amid the crazy shenanigans is an incredibly tender moment between Iris and Barry, in which he tries to convince her that he’s the real deal by recounting the night that he first moved in with her and Joe after his mom’s murder. “You’re my lightning rod,” he tells Iris, and those are the words she needs to be convinced of what her heart, not her brain, is telling her is true. Speaking of “WestAllen”…

FIGHT THE DARKNESS | After seeing how embracing Oliver’s personality and abilities affects Barry — he even growls, “You have failed this city!” — Iris is concerned that the man she loves might be changing. “Promise you’ll come back to me,” she says, urging him not to become Oliver Queen. Is that request a hint of ominous things to come? Will Oliver’s darkness seep into the speedster? “There is an episode a little bit down the line where Barry deals a little bit with that,” Flash executive producer Todd Helbing told reporters at a press screening.

The exchange between Barry and Iris “just speaks to everything that they’ve experienced this year as parents for the first time, in that it really speaks to their relationship, how much they’re in love,” the EP explained. “Barry says, ‘Whatever mask I’m wearing, I’ll always reveal my true face.’ I just think it really speaks to who they are as a couple, and it sets up what they’re going to have to go through in the back half of our season.”

What were your favorite moments from the crossover? Hit the comments with your picks!