The biblical tables are poised to be turned when Eve aka the first lady explores what Lucifer truly desires, as seen in this (ahem) intimate first look at Season 4.

Now calling Netflix home (though its premiere date remains TBA), Lucifer‘s titular devil — while considering Chloe’s reaction to his actual identity — receives some advice from Eve (played by Imposters‘ Inbar Lavi), though it might be that she is the snake in his proverbial garden this time around.

“Lucifer is in a very vulnerable moment, emotionally — not that he would ever recognize that — when out of nowhere, Eve turns up,” series star Tom Ellis shared during TVLine’s visit to the set, where they were filming Episode 10 aka Season 4’s finale.

Laying eyes on the original sinner “brings back so much for Lucifer, about the man he used to be — or, the Devil he used to be,” Ellis added. “She’s never forgotten about him. And she loves him.” (Sorry, Adam. It’s not you, really!)

And while Chloe will certainly have thoughts about Lucifer’s ex trying to mark her spot, Detective Decker’s portrayer thinks the new arrival is, well, heavenly.

“Inbar plays Eve so uniquely, and well…. She just brings a whole new vibe to the show,” Lauren German effused. “She has this ethereal and light and sensual energy.” 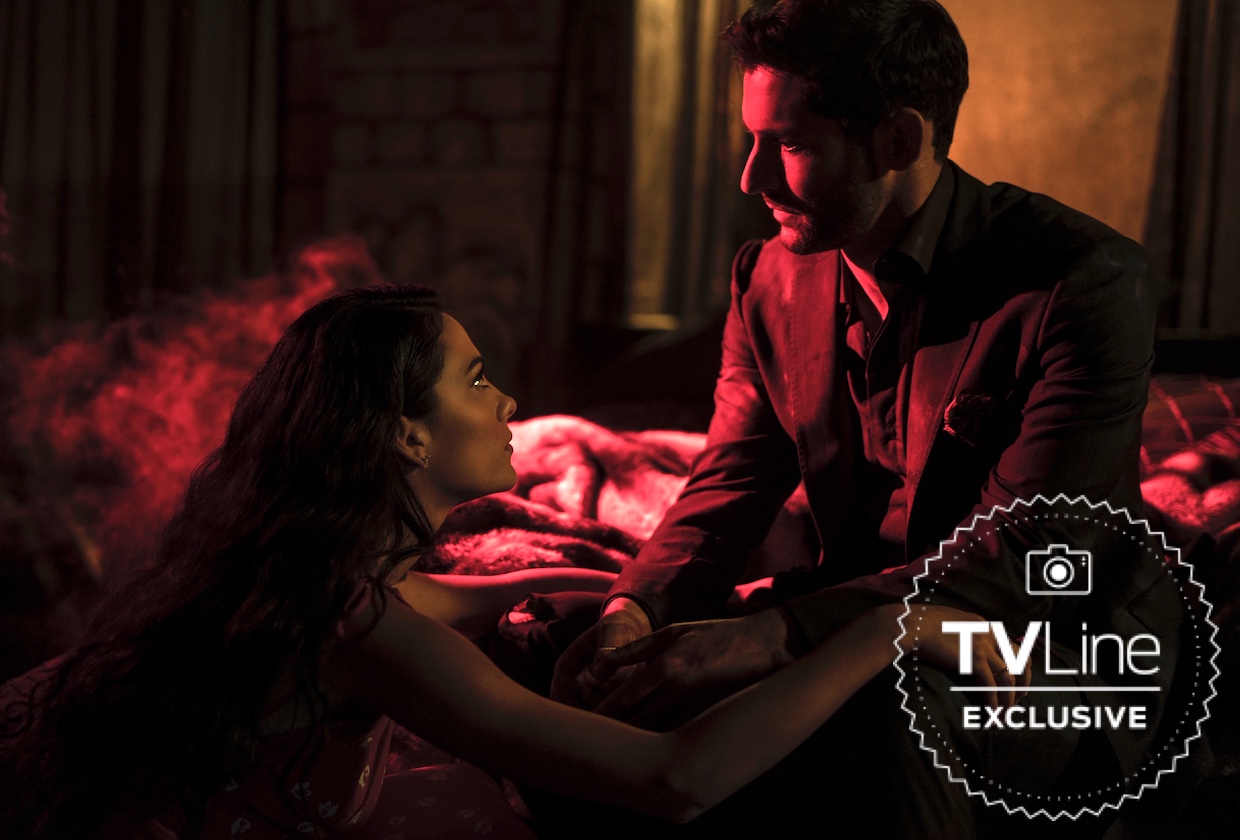 In addition to Lavi, other Season 4 additions include Graham McTavish (Preacher) as Father Kinley and newcomer Vinessa Vidotto as Lucifer and Amenadiel’s sister Remiel.