Suits is getting Litt up again in early 2019: The USA Network drama will premiere the six-episode back half of Season 8 on Wednesday, Jan. 23 at 10/9c, the network announced on Monday.

At the close of September’s midseason finale, expectant father Louis Litt became managing partner after a battle of wills between Harvey and Robert threatened to tear the firm apart. As his first order of business, Louis made both Alex and Samantha name partner to stop the potential civil war before it could begin. But of course, all is not truly peaceful within the office halls, especially now that Louis is the big boss and taking full advantage of his new title.

“I had a nightmare last night that we made Louis managing partner,” Harvey says to Donna in the above teaser. Then things get really awkward when Louis tells Harvey, “You’re a wild stallion, and I am not going to ride you hard.” 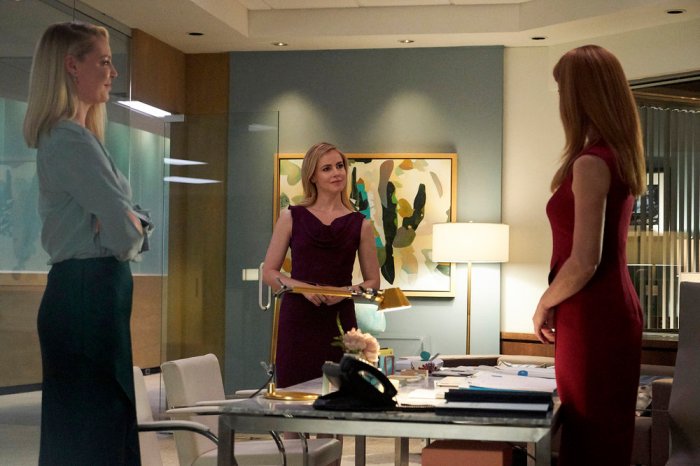 Press PLAY to watch the preview, then hit the comments with your thoughts.