The Agents of S.H.I.E.L.D.‘s mission is far from over.

ABC Entertainment president Channing Dungey announced on Friday that the network’s Marvel series has already been renewed for Season 7, even though Season 6 not set to premiere until the summer of 2019.

Of note, the press release accompanying the news listed the series’ cast as follows: Ming-Na Wen, Chloe Bennet, Iain De Caestecker, Elizabeth Henstridge, Henry Simmons, Natalia Cordova-Buckley and Jeff Ward — suggesting that although an ailing Agent Phil Coulson (played by original cast member Clark Gregg) walked off into the Tahiti sunset with lady love Melinda May at the end of the Season 5 finale, only the latter is guaranteed to be seen again. (Gregg, however, has stepped behind the camera as a director during Season 6. He also will appear as a younger Phil Coulson in the big screen’s Captain Marvel, out in March.) 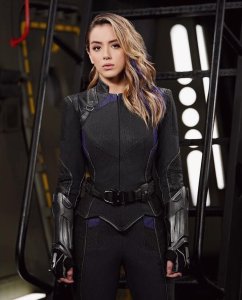 S.H.I.E.L.D. Season 5 averaged just over 2 million total viewers and a 0.5 rating in its Friday night home, besting in the demo only Once Upon a Time, Quantico and Ten Days in the Valley among ABC dramas last season; in total audience, it was the network’s least watched drama. That said, S.H.I.E.L.D. enjoyed a 140 percent gain in Live+7 DVR playback, the most robust increase of any network program.