Carrie Underwood and Brad Paisley may not host the CMA Awards forever and ever amen, but they certainly were back Wednesday for their 11th consecutive year of hosting one of country music’s biggest nights.

The pair emceed the 52nd Annual CMA Awards, broadcast live on ABC from Nashville’s Bridgestone Arena, and brought their usual snarky spark to an evening of strong performances, sparkly rhinestones and sharp Stetsons.

However, the fun didn’t get underway until after a top-of-show memorial for the 12 people killed in a shooting at Borderline Bar and Grill in Thousand Oaks, Calif., earlier in November. Flanked by an audience holding up tiny lights, Garth Brooks led a moment of silence for the victims, whose names appeared on screen. 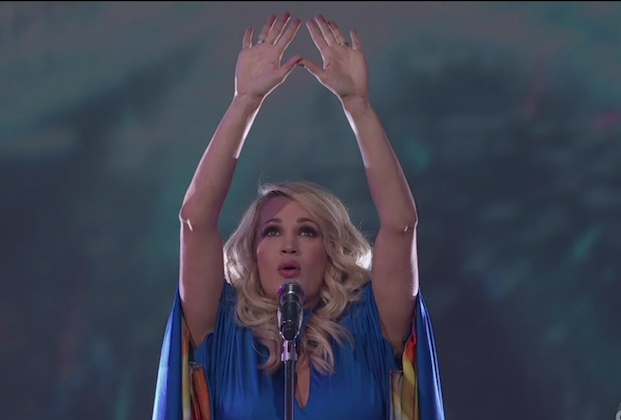 Click through the gallery above — or go to it directly here — to see our picks for best and worst moments from the show, then hit the comments: What were your favorite (or least favorite) parts of this year’s CMAs?