HAZMAT suits on, aaand… let the bloodbath begin! Night 2 of The Voice’s Season 15 Live Playoffs sent packing not just a dozen singers who’d made it through the Blind Auditions, Battles and Knockouts, it also re-eliminated a wannabe contestant who’d run the gauntlet of The Comeback Stage for a second chance. Since the vocalists I was most enthusiastic about — Kennedy Holmes, Michael Lee, Sarah Grace, Kirk Jay and, after Monday’s wow of a performance, DeAndre Nico — seemed like safe bets to advance, what really had me on the edge of my seat was anticipation of the eliminations of two of my least favorite singers ever. (If you’ve been reading these recaps, you know who they are. If you have ears, they’re probably two of your least favorite singers, too.) So, in the end, which of the contenders made it to the Top 12… er, 13? Read on… 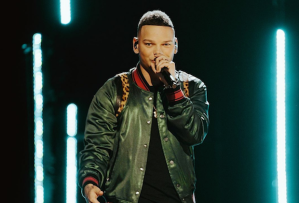 Obviously, before we found out the identities of all of the singers who were moving on in a good way (advancing) vs. moving on in a bad one (home), there was a lotta ground to cover. In addition to Carson Daly’s deeply probing questions (“What would you like to say to Blake?”) and the coaches’ protestations of how much they hated picking just one singer to save, we got a little tribute to the late Beverly McClellan (third runner-up in Season 1), a sleepwalking Kane Brown — whose songs I never seem to like until they get to the chorus — performing “Lose It,” and the Backstreet Boys — who by now should really be the Backstreet Men, right? — busting out their old boy-band moves as they sang “Chances.”

SAVED BY THEIR COACH
Dave Fenley (Team Blake)
Tyke James (Team Adam) — and yes, I shrieked, “WTF?!?” hearing this! What, what, what is Adam’s fixation with this dude?!? What kind of hypnotic hold does his Tarzan mane have over his coach? Inexplicable!
SandyRedd (Team Jennifer)
Kymberli Joye (Team Kelly)

Ayanna Joni, “No Tears Left to Cry” — Grade: D | From note No. 1, Ayanna reminded us why she hadn’t gotten a chair turn during the Blind Auditions: She was pitchy to the nth. From there, she seemed to go through the rest of her Ariana Grande cover posturing and looking for a key, any key. If this wasn’t in the Live Playoffs but in the Knockouts, it for sure would’ve been one of those performances that the producers abbreviated, either to spare the singer the embarrassment or our ears the assault. (Clearly, viewers agreed — watching the tally during the commercial break, Ayanna was garnering 15 percent to Lynnea’s eighty freakin’ five.)

Lynnea Moorer, “Boo’d Up” — Grade: C | Ayanna had been so bad that if Lynnea just managed not to fall off the stage, this sing-off was hers. And about the best I can say for her is that, yeah, she didn’t fall off the stage. She reminded me of Christiana Danielle from last season, both in that her performance was very stylized and that it was almost too stylized to be enjoyable. Not amazing but light years better than her competitor. I don’t see her lasting long. (But jeez, how sad was it watching Ayanna have to stand next to Lynnea knowing full well, having seen how poorly she’d been scoring, she was toast? Uh, maybe the producers don’t have to show the contestants how the voting is going?)

Which singers were you the sorriest to see get the chop? Vote in the poll below, then hit the comments with your picks for the Final Four (mine: Kennedy, Sarah, Kirk and DeAndre). And WTH is with Tyke getting saved? Seriously?!?