THE PERFORMANCE | It was an incredible coup for Amazon to get a super-duper A-lister like Roberts to headline its new thriller — but she didn’t just bring superstar wattage to the series. The Oscar winner also brought formidable acting chops to the complicated role of counselor Heidi Bergman, who finally fought back against the nefarious conspiracy that ensnared her in the riveting Season 1 finale.

Now knowing the full scope of Homecoming’s misdeeds, Heidi headed for the exits and fended off her boss Colin, and Roberts gave her an air of bold confidence as she slyly threw the same words he said about her back in his face: “You sound a little hysterical.” Later, Roberts wore Heidi’s crushing shame on her face as Heidi came clean to Walter’s mother about the terrible things the facility did to her son. Finally, when Heidi tracked down Walter in a diner deep in the California woods, there was a profound sadness behind Roberts’ signature smile as she told him, “I was supposed to meet someone… I was late.” On the surface, their conversation was polite, but Roberts let us see every last regret rattling around in Heidi’s mind, in heartbreaking fashion.

Homecoming’s twisted mystery was an absolute treat to unravel, but there was a strong emotional element to it, too, thanks to Roberts’ expertly layered, quietly powerful performance. Yes, the Golden Globes will fall all over themselves to nominate her this year… but there’s no question she’ll deserve it, too. 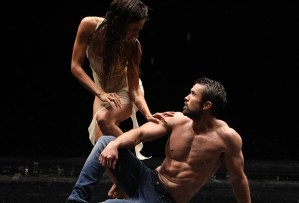 HONORABLE MENTION | FXX’s proudly obscene bar comedy It’s Always Sunny in Philadelphia has delighted in shocking us for 13 seasons now, but Wednesday’s season finale gave us the biggest shock of all: It got serious, with Rob McElhenney delivering a surprisingly nuanced performance as Mac, capped by an astonishing dance sequence. Mac struggled with how to come out as gay to his macho dad, finally settling on a modern dance routine, and Sunny played it straight, with McElhenney displaying impressive footwork alongside pro ballerina Kylie Shea. McElhenney trained for months to get the dance right, and it showed, beautifully dramatizing the violent push and pull inside Mac’s soul and delivering maybe the most heartfelt scene Sunny has ever given us. Bravo. 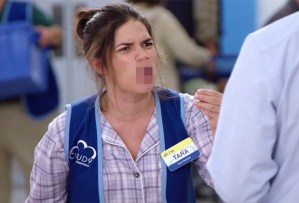 HONORABLE MENTION | After being called into work just a few days after giving birth to her child — in less-than-favorable conditions, may we remind you — Amy was bound to lose her cool on Thursday’s Superstore. We just didn’t realize how dark her outburst would be, nor did we anticipate how much we would enjoy it. Equal parts heartbreaking and hysterical, America Ferrera’s character unloaded on her unsympathetic boss in an expletive-laden rant about hemorrhoids and uterine lining that served as an unexpected showcase for Ferrera’s comedic chops. (Let’s be real, Amy’s usually the one taking it, not the one dishing it out.) So can you really blame that one nosey shopper for filming the whole ordeal? We can’t say we wouldn’t do the same. 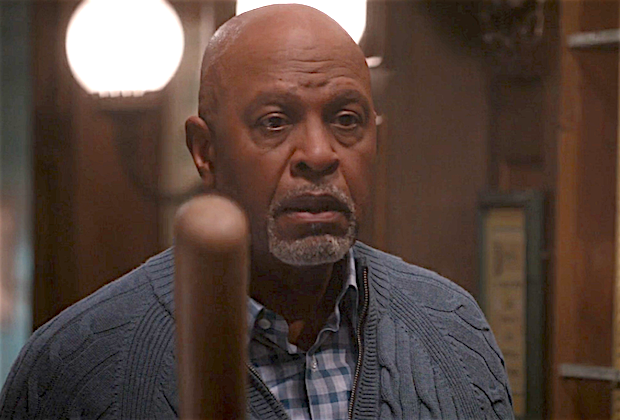 HONORABLE MENTION | After Richard lost Nurse Frankie in surgery in Thursday’s Grey’s Anatomy, James Pickens Jr. guaranteed that our eyes would remain focused on his. First, they told us, even before Webber couldn’t call the time of death, how devastated he was. Then, they showed us the tears he refused to cry while breaking the news to Frankie’s friends. Finally, when he left an AA meeting for a bar that traded sobriety chips for shots, the rage Pickens packed into his gaze hinted that Richard wasn’t there to fall off the wagon. Ultimately, the only thing those eyes didn’t convey was a warning of just how deeply moved by Pickens‘ performance we’d be when Richard took a bat to the bar to unleash his anger and sadness.