We’ve got questions, and you’ve (maybe) got answers! With another week of TV gone by, we’re lobbing queries left and right about shows including The Walking Dead, Outlander, Manifest and Riverdale! 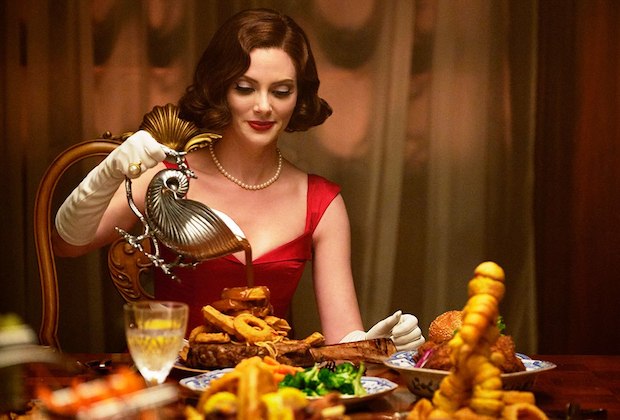 1 | As much as Chicago Fire last week left you craving cake, did Titans‘ Doom Patrol family dinner have you wanting alllll the food?

2 | Homecoming viewers: Did you keep waiting for an explanation for why Julia Roberts was stuck wearing such distractingly terrible wigs… only to never get one?

3 | On House of Cards, Claire’s dead side piece Tom — not her dead husband Frank — was totally the father of her unborn demon spawn, right?

4 | CBS procedural fans, did you have conflicted feelings watching the Five-0 team work against NCIS? (Speaking of which, put NCIS: Pearl Harbor in our belly now!)

5 | Did you catch Midnight, Texas‘ quick homage to The Exorcist III during the murder at the top of the episode? 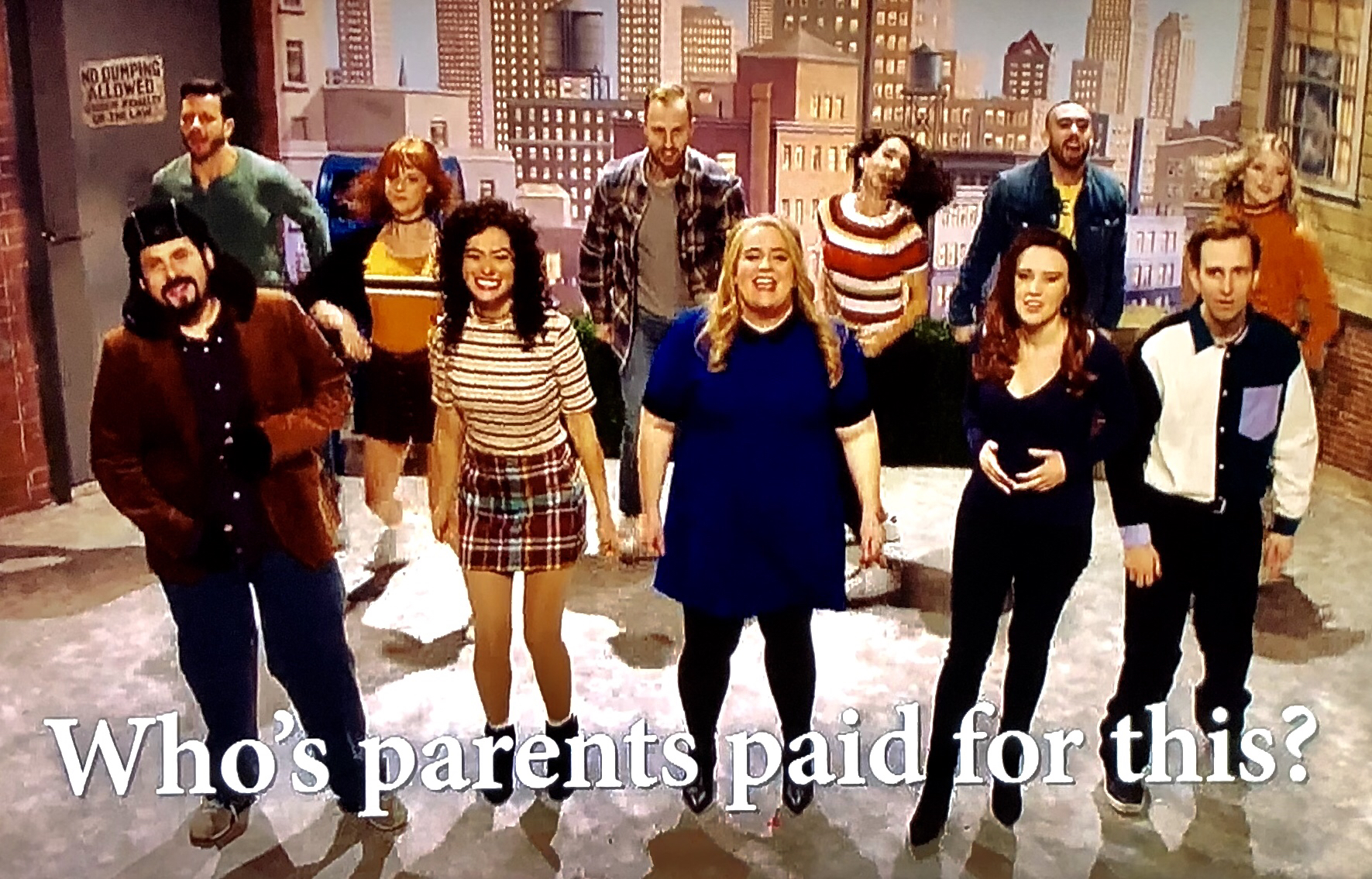 6 | Did Saturday Night Live have to throw together that Fox News cold open at the last minute because of Alec Baldwin’s arrest, and does that explain why Kate McKinnon had to read every word off of a prompter? (And shouldn’t SNL have covered up Jonah Hill’s very noticeable arm tattoo on Adam Grossman? He’s six!) Also, this typo — ugh, right?

7 | Did any NCIS: LA viewers — let alone the agents themselves! — actually think that Mosely had sold out Callen & Co.? (Like, doesn’t an agent go rogue at least three times a season?)

8 | On a scale of 1 to Ringer, how distracting were Outlander‘s green screens during the riverboat sequences?

9 | On The Last Ship, did Danny’s decision to return home to Kara and the baby hang the proverbial “Dead Meat” sign around his neck? 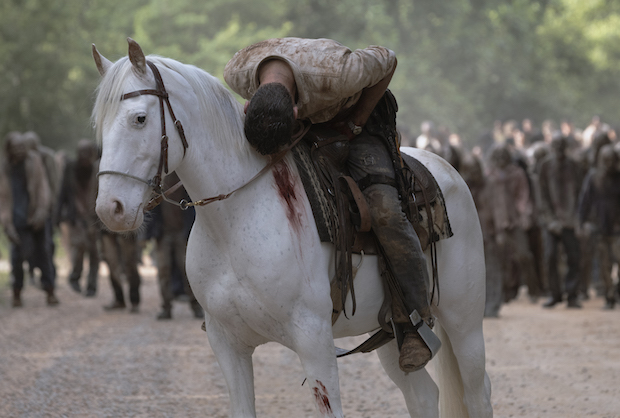 10 | Are you excited for The Walking Dead‘s Rick Grimes movies, or a bit perturbed that you spent the summer bracing for Andrew Lincoln’s heavily promoted “exit”? Why did the show feel the need to shoot that Rick/Shane scene in front of (such an obvious) green screen considering the car they were sitting in wasn’t even moving and the background was just an empty field? And can we all agree there was no reason for the horse that Rick was riding to be so spooked by walkers one minute that it threw its rider, then so chill about them that it didn’t bolt with a whole herd on its tail?

11 | Were you impressed by how cleverly and easily Legends of Tomorrow worked “Amaya” back into the series?

13 | Could The Resident‘s Devon and Julian be any less discreet about the fact that they obviously have feelings for each other? (At least put some distance between yourselves while slow dancing in front of your colleagues!)

14 | Were you holding out hope that Dancing With the Stars would surprise John Schneider with a visit from his estranged children?

15 | Is the greatest Manifest mystery of all, “Good lord, just how wide are Montego Airlines’ aisles?!”

16 | The Gifted fans, did you foresee the tragic aspect of the Frosts’ backstory, know that there are five Stepford Cuckoos in the comics?

17 | Since The Purge‘s Joe was looking in the direction of the cell while “trying” the Betancourts, wouldn’t he have, uh, noticed Penelope frantically trying to remove a bolt from the cage and untie herself?

18 | If Riverdale‘s flashback episode took place in 1992, why was the soundtrack from the ’80s? Also, did Archie’s mom not go to high school with the others? Or was she just not part of the Midnight Club? And are we really supposed to believe that every teen in town — even the cheerleaders and jocks — is hooked on a dorky role-playing game?

19 | Chicago Med star Nick Gehlfuss wasn’t kidding when he said Jay was an honorary Med cast member this season! Has there been an episode without an appearance from Will’s PD brother?

20 | If Criminal Minds, SEAL Team and NCIS: LA were all going to feature Mexican cartels this week, maybe they should have all chosen the same cartel to give it some “crossover” feel?

21 | A Million Little Things: Which dire event will happen first: Recovering alcoholic Eddie will take a drink, or the group will learn the true paternity of Delilah’s baby? 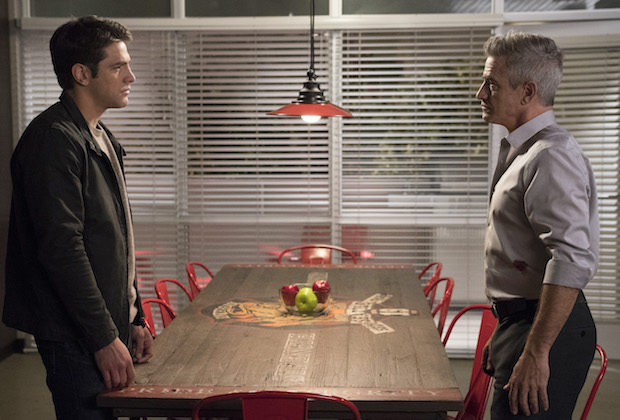 22 | Now 15 episodes in, what is Station 19 missing? (Because it is missing something.) That said, was Dermot Mulroney as Ryan’s father some of the year’s best look-alike casting?

23 | Is anyone supposed to root for (or even be able to stand) Grey’s Anatomy’s Jackson after he ran out on Maggie to go on his “God quest”… blamed her for his emotional affair with another woman… and then confessed that, even while he was sleeping with his girlfriend, he was re-lamenting what could’ve been with April?

24 | Is the budding bromance between Murphy Brown‘s Miles and Pat quickly becoming the highlight of the CBS revival?

25 | Which Young Sheldon development did you find most amusing: Georgie discovering his affinity for tires, or Sheldon discovering his love of video games? And was Leonard the first of Big Bang‘s core friend group to be mentioned by name? 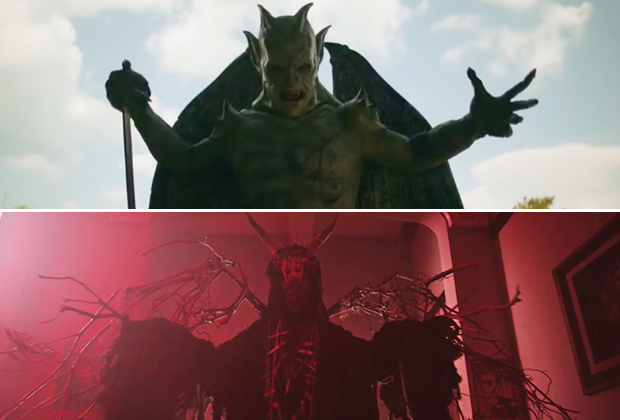 26 | Between Legacies and Riverdale, did we miss the memo about it being Gargoyle Week on The CW?

27 | Has your interest in a season of The Affair without Joshua Jackson and Ruth Wilson nonetheless piqued following the news of Anna Paquin’s casting and the you-know-what?