We’ve got questions, and you’ve (maybe) got answers! With another week of TV gone by, we’re lobbing queries left and right about shows including Hawaii Five-0, Ray Donovan, Supergirl and The Rookie! 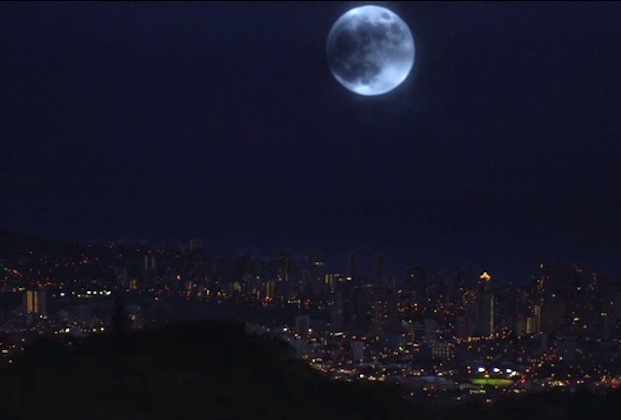 1 | Can we talk about how massive Hawaii Five-0‘s Halloween moon was? That’s gotta disrupt the tides, right? Also, the human femur that Jerry dug up was awfully large for a teenage girl, wasn’t it?

2 | How satisfying was it when Madam Secretary‘s Elizabeth ripped into her teen daughter Alison for choosing not to vote in the midterm elections?

3 | Was Supergirl‘s origin story for Agent of Liberty almost uncomfortable — or oddly resonant — to watch, in these “us versus others” times? Also, TVLine reader Guylaw asks of that one flashback: Why were federal agents intervening on a workplace skirmish?

4 | Did it strike you as odd that Ray Donovan decided not to tell us via on-screen graphic how much time had passed during that extremely subtle leap-forward midway through Sunday’s premiere?

5 | Have we talked about the fact that two Desperate Housewives husbands have been POTUS on The Last Ship…?

6 | If room 3B of Arrow‘s Slabside prison is at the top of the main cell block’s staircase, how is Level 2 “downstairs”? (Like, is there a Level 1 that’s even deeper?) And after their recent prison fight club storylines, we have to ask: Are Arrow and Riverdale slowly becoming the same show? (They both feature vigilantes and archers, too!) 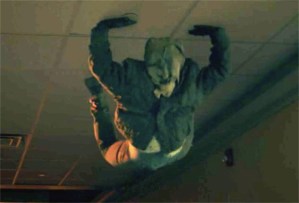 7 | Was The Resident the last show you expected to give you nightmares during Halloween week?

8 | Did The Good Doctor purposely not have Park refer to his ex-spouse by name or pronoun to leave the door open to explore his sexuality? Or were the details simply not important? 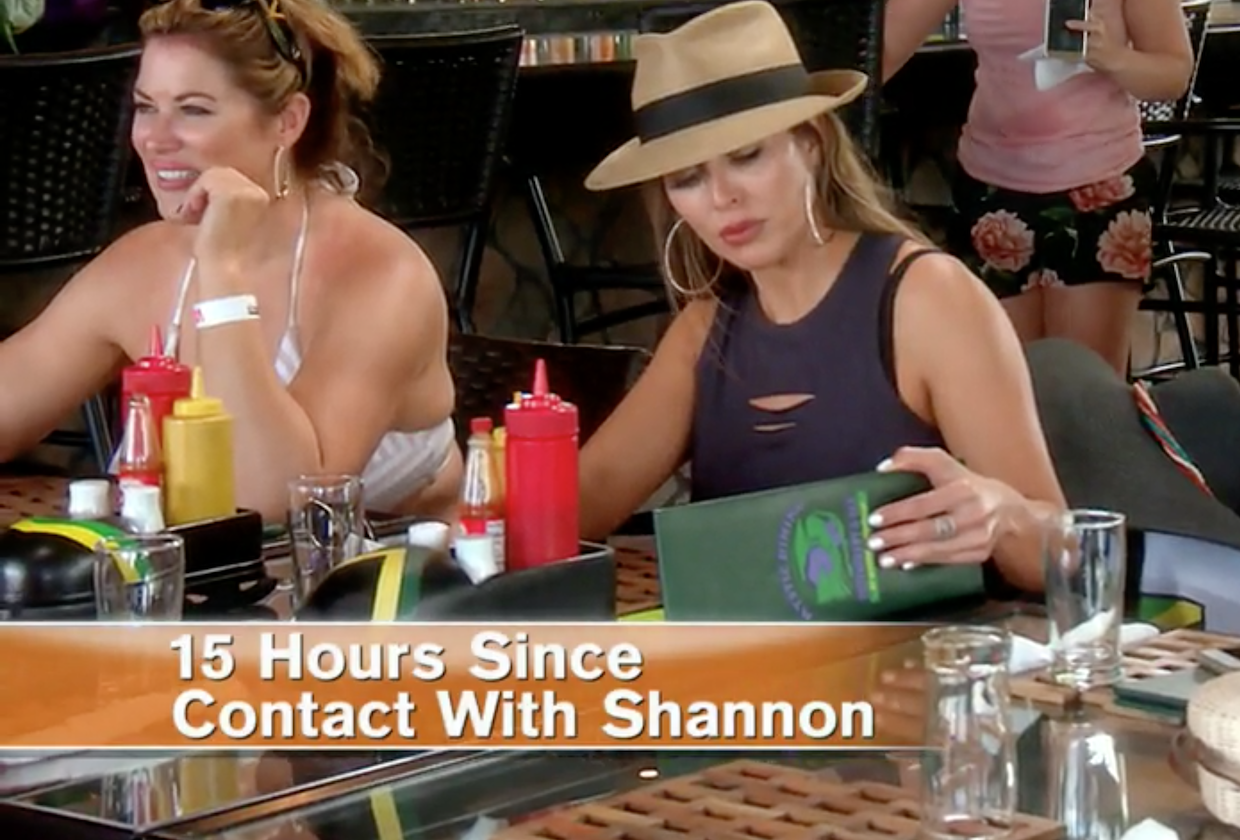 9 | Shouldn’t all reality shows add a running count of “hours since the rest of the cast has spoken to the crazy one,” as Real Housewives of Orange County did this week?

10 | Why did Black Lightning kill off the sadly untapped Syonide, if her killer was just going to die a few episodes later? Also, would Freeland’s Board of Education really put someone like Lowry in charge of Garfield High?

11 | Why wouldn’t This Is Us‘ Kevin just meet Randall at his home in Alpine, N.J. instead of trekking so much farther to Philadelphia? Oh, and how did Kevin and Randall set up a voter registration drive/campaign event in such a short time… on a Sunday?

12 | The Rookie‘s Nolan and Chen act pretty cozy when around West — are they not hiding their secret romance from him?

13 | Will Watch What Happens Live‘s Debra Winger go down as one of the most difficult talk show guests of all time? 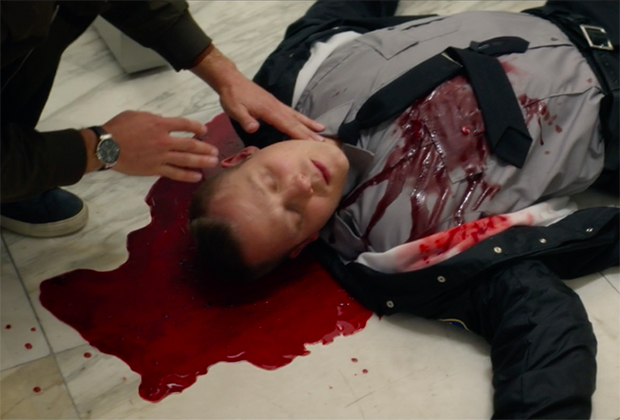 14 | Did Tell Me a Story‘s Jordan really think a pulse check on this very dead security guard was necessary? Also, don’t you wish the show had cast Kayla with an actress who’s slightly more convincing as a high school student?

15 | Was Live With Kelly and Ryan‘s Halloween “reboooooot” special among the most cringeworthy hours of TV to air in 2018? The Property Brothers dressed as the Olsen twins was the stuff of nightmares, yes?

16 | Does Today have a contingency plan for if there’s a breaking news event on Halloween morning? Would Savannah, Hoda, Al et al deliver the news in their costumes? 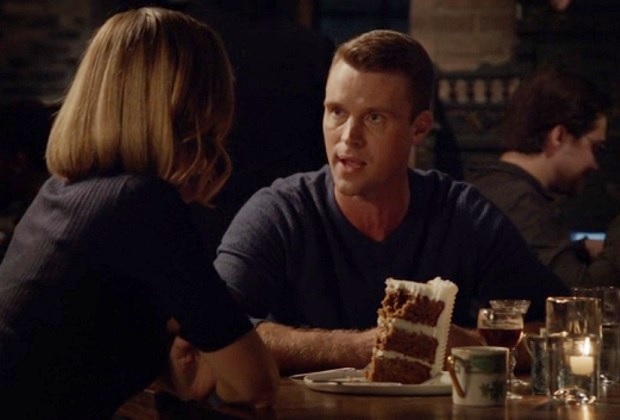 19 | What are the odds that Arrowverse’s “Elseworlds” crossover worked in a cameo from Colin Donnell while filming in Chicago? (Maybe Tommy Merlyn is (bearded) Batman?!) Also, if the Windy City is doubling for Gotham, does this mean the prospective Batwoman series won’t film in Vancouver?

20 | Supernatural fans, wasn’t it nice to have an old-fashioned Monster of the Week Halloween episode? But was Sam’s story about why he hates the holiday worth the 14-year wait for an explanation?

21 | Are you digging the idea of Legacies introducing new, outlandish creatures (dragons, gargoyles, etc.) into the Vampire Diaries-verse? Or are you worrying that it might tarnish the franchise’s, ahem, legacy?

22 | Was this week’s Good Place just further proof that Andy Daly should appear on every TV comedy at some point?

23 | Is every episode of Will & Grace this season going to have a Very Special Subplot? (Not that there’s anything wrong with that.) 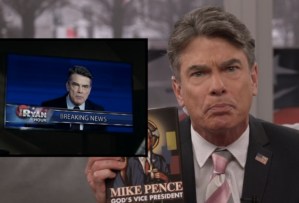 24 | Are Peter Gallagher’s news anchors from this week’s The Gifted (inset) and Murphy Brown related?

25 | After the looks that Grey’s Anatomy‘s Meredith and DeLuca exchanged this week, is anybody — anybody! — still even vaguely interested in the idea of her hooking up with Link? Speaking of Link, didn’t he become 50 percent more appealing when he started chopping off his hair (to ease the fears of a young cancer patient who was concerned about balding)?

26 | What surprised you more about House of Cards Season 6’s “previously on” recap — that Netflix allowed actual footage of Kevin Spacey’s Frank to be used or that, in using said footage so sparingly, they found a way to make him seem like a bit player in his own show?