It hasn’t been Megyn Kelly’s week, her month, or even her year. Since her Today show debut in September 2017, the Fox News transplant made headlines for all the wrong reasons.

The show got off to a notoriously rough start and never truly recovered. And on Friday, NBC officially cancelled Megyn Kelly Today. The ax fell just days after her inexplicable defense of blackface drew ire, not just from critics, but from her own Today show colleagues. She apologized twice, but the ground had already been scorched.

What follows is a roundup of the show’s “greatest” moments…

That time she hosted an “impromptu” Pitbull dance party:
Even worse than Kelly and Hoda Kotb filling dead air was watching as Kelly began forcing audience members to join them against their will.

That time she was amazed by the very concept of Fruit Roll-Ups:
Kelly seemed to have no idea that the popular fruit snack even existed. “Where do you get it?!” she asked. Cupcake artist Karen Tack then questioned if the host had ever stepped foot in a grocery store. 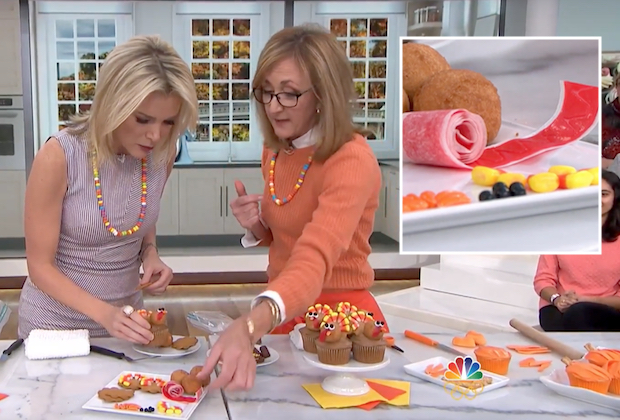 That time she asked Jane Fonda about having plastic surgery:
Fonda’s death stare should have earned the actress a Daytime Emmy nomination.

That time a cameraman stepped into the frame, said “s–t!” on live-TV:
To be fair, this one wasn’t really her fault.

That time she told a Will & Grace superfan that “the gay thing is gonna work out great” for him:
Debra Messing later said on Instagram that she was “dismayed” by Kelly’s remarks.

That time she made this oh-so-subtle transition from discussing gift giveaways to discussing Charles Manson:
As The Daily Show has pointed out, Kelly is always excited to talk about murder.

That time she dressed up as Shania Twain for Halloween:
She then told the audience that Twain would be out to surprise them in a moment, thus ruining said surprise when the country music superstar revealed herself.

That time she cut to commercial as NBC News veteran Tom Brokaw condemned the National Rifle Association:
The awkward moment came during a panel discussing the Las Vegas shooting massacre back in October 2017. 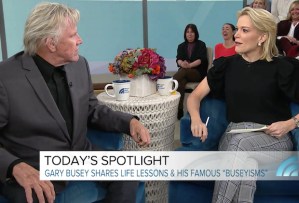 That time she told Gary Busey that he probably cost the show $5,000 in song royalties:
The Buddy Holly Story star broke into a sing-along of “Maybe Baby,” then Kelly followed up by “joking” that he cost the network a hefty penny. The sarcasm flew over Busey’s head, who then offered to foot half of the bill, which… she agreed to?

That time she defended blackface… in the year 2018:
You already know what happened. It was the final nail in the coffin.