We’ve got questions, and you’ve (maybe) got answers! With another week of TV gone by, we’re lobbing queries left and right about shows including Legends of Tomorrow, Empire, A Million Little Things and Chilling Adventures of Sabrina. 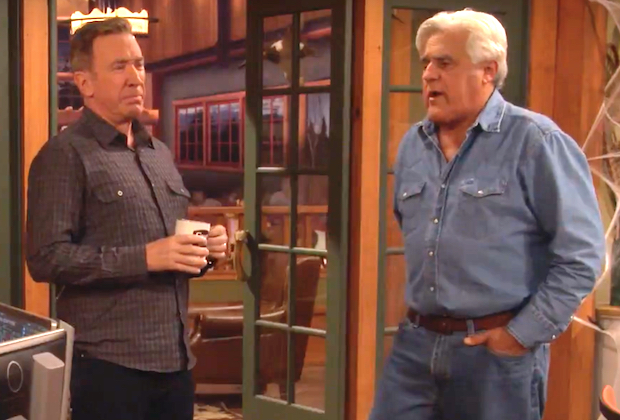 1 | Does Last Man Standing save money by letting Jay Leno wear his own clothes?

2 | Would Ian’s final Shameless episode have made a better midseason finale, what with it being his swan song, plus the big bombshell about Ford?

3 | Is it safe to assume that the group to which The Walking Dead‘s Anne had been supplying specimens is — however inhumanely — looking for a cure to the zombie plague? Also, wouldn’t the demises of youngsters like Sophia, Sam and Carl have been traumatic enough to put Rick off the idea of bringing another kid into the world? 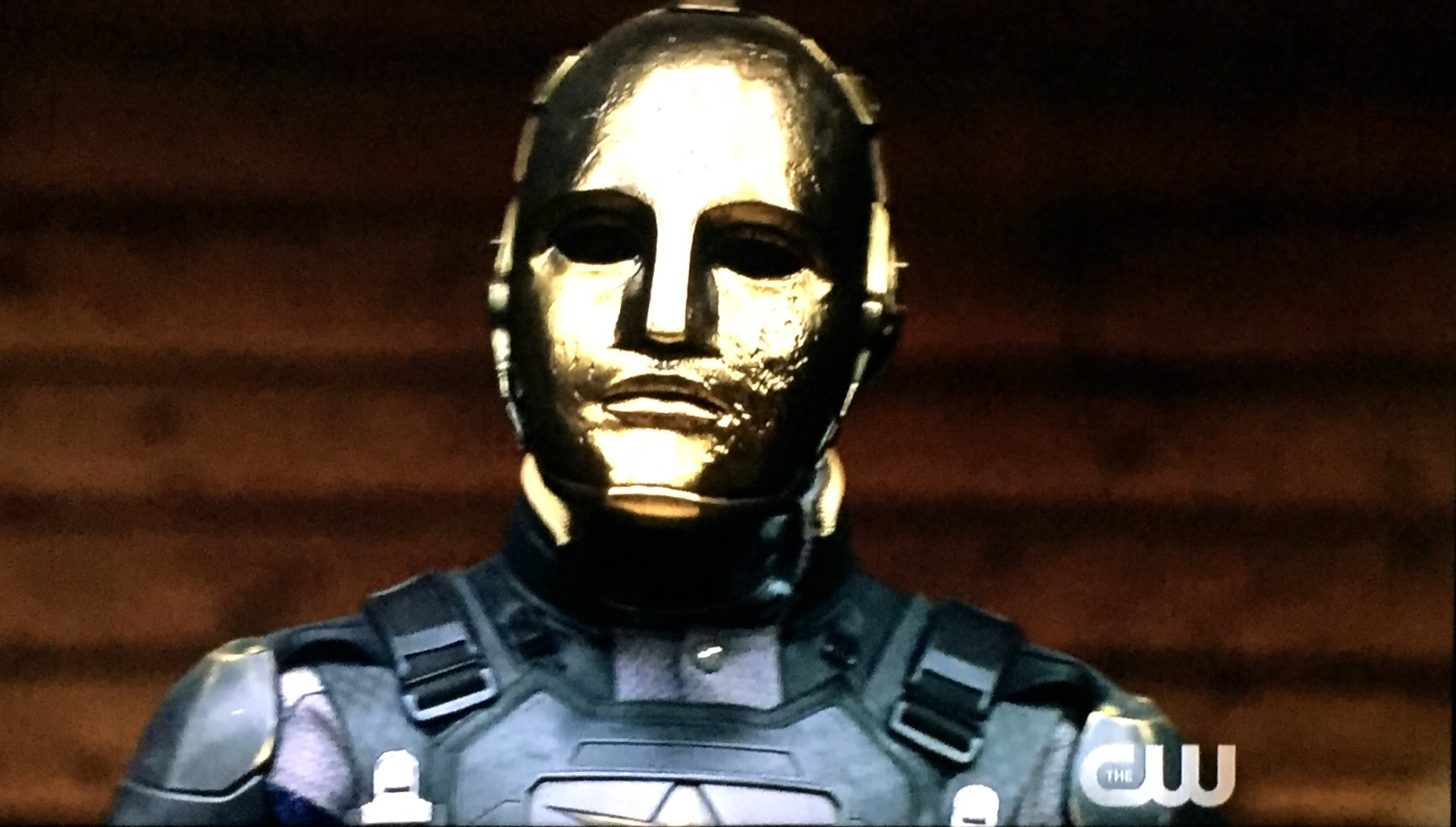 4 | Why would Supergirl‘s Agent Liberty — an advocate for humans to ally against aliens — wear a robotic mask/costume? And is the Nia Nal storyline — new CatCo hire befriends Kara, slowly develops superpowers — starting to feel a little like Reign 2.0?

5 | How did not a single Alec Baldwin Show producer interrupt his Kim Kardashian West Q&A to point out that they were both egregiously deadnaming Caitlyn Jenner as well as using incorrect (including “him/her”) pronouns?!

6 | Are we really supposed to buy that Camping‘s safety-obsessed Kathryn McSorley-Jodell was OK riding to the hospital with her “injured” son in the seatbelt-less back of a pickup truck?

7 | Did this Sunday’s YOU feel like a totally different show?

8 | Arrow‘s Stanley aka Oliver’s meek prison sidekick is totally going to turn out to be a Diaz plant, right? 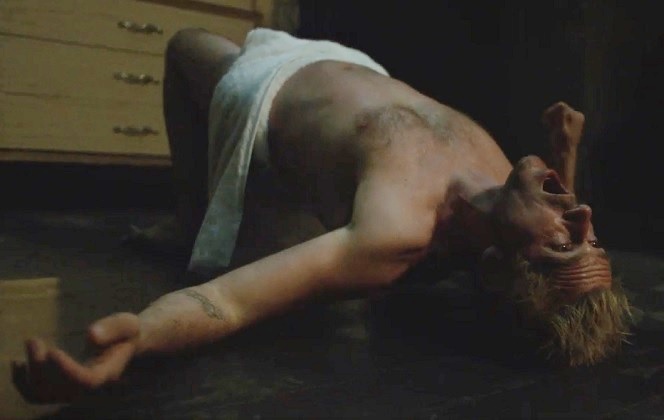 9 | On Legends of Tomorrow, how did Constantine’s towel stay wrapped around his waist throughout that entire supernatural skirmish?

10 | If Magnum P.I. is fated to cross over with Hawaii Five-0, maybe they shouldn’t share memorable guest stars such as Elisabeth Rohm?

11 | Were you relieved when The Neighborhood‘s Dave finally stood up for himself and told off Calvin for treating him like garbage?

12 | We’re confused: Is Manifest’s Ben a guy who doesn’t know what Alexa is, or is he a quick learner who knows how to both Airdrop and call Lyft?

13 | Was Becky’s drinking problem on The Conners the least surprising reveal ever? Has the spinoff forgotten that she was on track to return to school for a degree in hotel/restaurant management? And between The Conners and Camping, has Juliette Lewis officially cornered the market on kooky-new-girlfriend roles?

14 | Did we miss the part where Black Lightning revealed who tattled on Tobias’ whereabouts…? 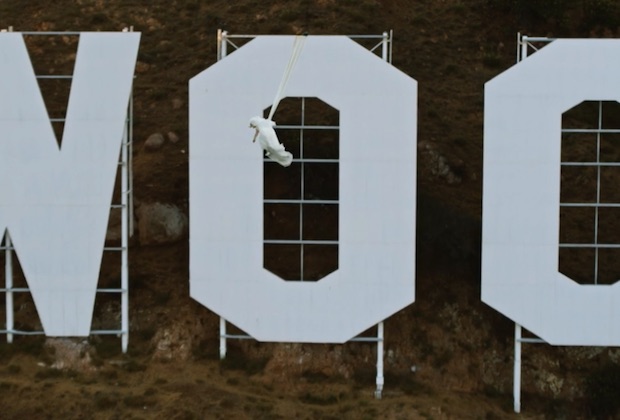 15 | Was The Rookie unintentionally hilarious with how accessible it made the Hollywood sign appear to be? Just pull over, jog for a few yards and freely climb to the top of an “O”!

16 | Having nearly died several times over trying to rescue sis Penelope, would The Purge‘s Miguel really have left her alone — even in the “safety” of Pete’s bar — to look for snacks?

17 | Riverdale has done a lot of ridiculous things, but is teenage Veronica’s speakeasy the most ridiculous?

18 | All American‘s Coop is no doubt musically talented, but does love interest Patience really think she can give rapper Drake a “run for his money” after hearing her play three chords on the keyboard?

19 | On A Million Little Things, was a school morning really the best time for Katherine and Eddie to tell their young son they had split? Also, when ABC Promo Dude touts AMLT — the second-least watched freshman show of either genre — as “the fall’s most loved new drama,” that is based on… what, exactly? 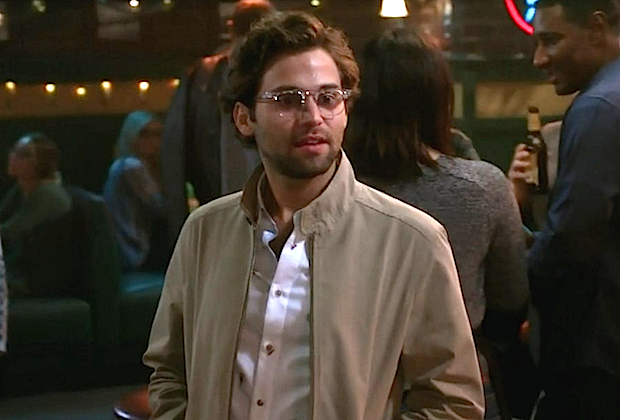 20 | Grey’s Anatomy fans, who was more bummed that Levi’s date with Nico wasn’t one — you, or Levi? And since Teddy was so easily found by Meredith, are we to deduce that A) the former just really sucks at hiding out or B) the latter could have a second career as a private eye?

21 | Did the Good Place gang decide to name their do-gooder team-up the “Soul Squad” — versus the more obvious “Soul Patrol” — to avoid any unfortunate Taylor Hicks associations?

22 | How eerily coincidental was it that Superstore‘s Halloween episode — which aired just one day after Megyn Kelly’s infamous defense of blackface on the same network — included an in-depth argument about culturally inappropriate costumes?

23 | Did The Big Bang Theory‘s Leonard and Penny throw a Halloween party… just to invite all the same people they hang out with every day?

24 | A guest spot on Magnum P.I. This Is Us‘ Kate singing “All Through the Night.” Young Sheldon‘s sister dressing as her for Halloween. Did Cyndi Lauper just have her Best TV Week Ever?

25 | Be honest: After watching the first episode of Netflix’s Chilling Adventures of Sabrina, in what decade did you think the show took place?