Any savvy connoisseur of TV knows that shooting a sex scene is inherently unsexy, what with the cameras and the roomful of people and getting just the right angle for the camera. Getting a scary scene on film is an eerily similar process, The Haunting of Hill House star Kate Siegel tells TVLine.

A lot of times, what the audience is actually scared of can be attributed to “sound design, lighting design, camera movements,” she says, explaining that often when you see her and her castmates in the Netflix horror series, they’re usually reacting to the director telling them what’s happening in the story,  not actually hearing the “Bang!” or seeing the specter.

“It’s fun for an actor to play terrified — but maybe for only the first 50 takes,” Siegel adds, laughing. 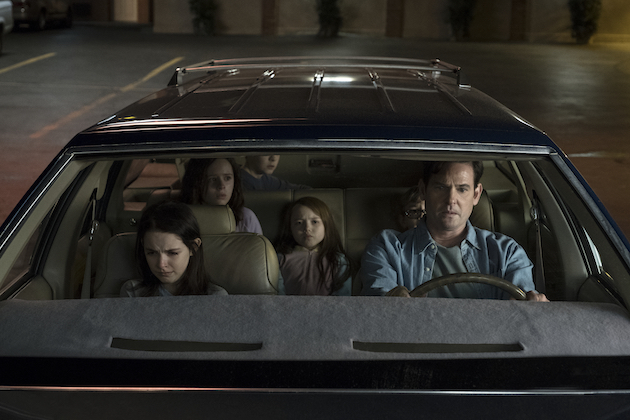 Still, several beats from the horror story’s 10-episode first season gave the cast serious willies — whether from fright or pure emotion — and they shared those hair-on-the-back-of-the-back-of-their-neck-raising moments with us.

Click on the gallery at right (or go to it directly here) to see what Siegel and co-stars Kate Pedretti, Henry Thomas and Oliver Jackson-Cohen have to say about the Hill House scenes that stuck with them. And beware: The gallery contains spoilers from Season 1, so don’t click through until you’ve watched. Then hit the comments below to let us know the scenes that stayed with you.