American Horror Story‘s long-awaited Murder House reunion episode shed some much-needed light on a few of the franchise’s most beloved characters, but it also presented us with a whole new series of head scratchers.

And while we already have our plate full with theories about this gloriously complicated season — including whether Mallory is the key to defeating Michael — we’re making room for a few more, inspired by everything we learned (and didn’t learn) during Madison and Behold’s trip to “where it all began”:

1. Does Madison have a familial connection to Murder House? Viewers have long speculated — assumed, even — that Coven‘s Madison Montgomery (Emma Roberts) is related to Murder House‘s original owners, Charles Montgomery (Matt Ross) and Nora Montgomery (Lily Rabe), whose spirits remain trapped in the very home they built back in 1922. That belief was all but confirmed this week when Billie Dean Howard told Madison, “I’ve known a few Montgomeries in my time, but it’s not every day you see a witch.” There’s no denying that it was a sharp read, but it still left room for doubt. Would it have been too much to ask for a scene between Rabe and Roberts, settling this issue once and for all? 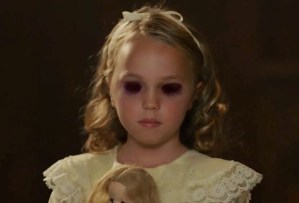 2. What happened to Constance’s daughter Rose? Jessica Lange’s Murder House character doesn’t have the greatest track record as a mother — if sociopathic serial killer Tate wasn’t bad enough, she also raised the actual Antichrist — but I find myself especially curious about Rose, the child with whom Constance appears (in death) to have the closest relationship. Though Rose got plenty of screen time this week, we’re no closer to knowing how she died, nor do we know how she apparently lost her eyes. (Come to think of it, those two things are probably connected.) Also, what a bizarre coincidence that Lange has now played two characters whose daughters lost their eyeballs. (Cordelia Goode, anyone?)

3. Is the Murder House actually Michael’s “sanctuary”? While it’s possible that Michael made up the promise of a “sanctuary” simply to pit the residents of Outpost 3 against one another, isn’t it also possible that the sanctuary is Michael’s childhood home, which just so happens to have been built atop a portal to hell? It does seem like the kind of place a guy in Michael’s position would lead his chosen people.

4. Is there any real significance to the Blood Moon? This eerie phenomenon, which played an integral role throughout Season 6 (Roanoke), has twice been referenced on Apocalypse. It was first mentioned as being the optimal setting for Michael’s Seven Wonders test, then brought up again this week by the Satanic cult that came to worship him. 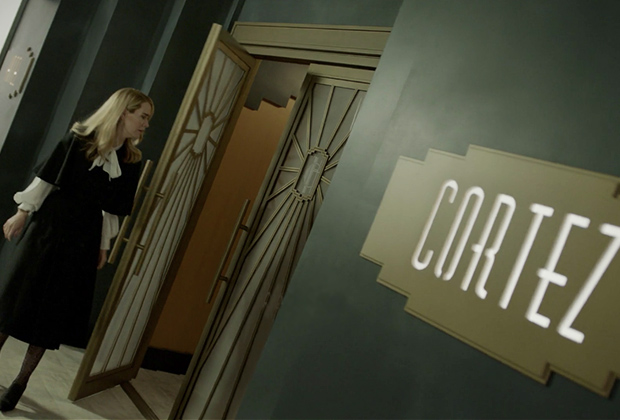 5. Is there still hope for Ben and Vivien? This may not be the most pressing issue at the moment, but I still care about these two, dagnabit. Based on that one-sided kiss they shared at the end of their only scene together, I don’t think they’ll be enjoying the same happily ever after as Tate and Violet. Hell, even Dylan McDermott lamented the couple’s “sad little tale” during his interview with TVLine this week.

Think you can answer any of our lingering questions from AHS‘ return to Murder House? Drop a comment with your thoughts below.