Project Noah’s bunkers are getting pretty crowded: Fox’s midseason vampire drama The Passage is adding some new faces, including an As the World Turns vet and an Ally McBeal alum, ahead of the series’ January premiere, TVLine has learned exclusively.

Jennifer Ferrin (ATWT, The Knick) will play Elizabeth, the ailing wife of Henry Ian Cusick’s Jonas Lear. Elizabeth is a professor whose fading health lights a fire under Jonas that eventually leads him to create Project Noah. The role is recurring.

James Le Gros (Justified, Ally McBeal) will recur as Horace Guilder, the calculating deputy director of the Department of Special Weapons. According to the official character description, “Horace is famous for taking credit and avoiding blame. He’s morally flexible, manipulative and wants things done his way.” 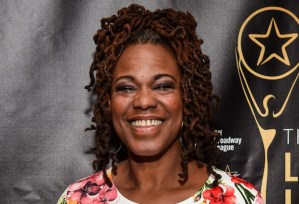 In addition, the series has cast Kecia Lewis (Law & Order: SVU) as former nun Lacey Antoine. Sister Lacey is a major character in the Justin Cronin novel on which the Fox series is based; the character in the adaptation is described as a “blunt, tough, survivalist ex-military badass-turned-hermit with a wry sense of humor.” She’s also an old instructor of Brad Wolgast’s (played by Mark-Paul Gosselaar) who lives off the grid.

When TVLine spoke with members of the Passage cast at this year’s San Diego Comic-Con, Gosselaar hinted that the Lacey who shows up in the TV series might differ a bit from the one novel readers know well. “Fans of the book can appreciate that there will be a Lacey character,” the actor previewed. “I can’t say whether or not she will be the Lacey from the book, but there is an individual that comes into our lives that is Lacey.” 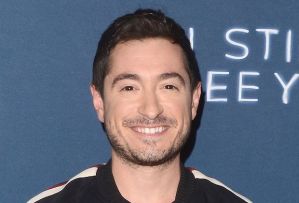 Rounding out the new cast additions, Wonder Woman writer Jason Fuchs — whose acting credits include The Good Wife — will recur as Grey, a mysterious Project Noah employee who has terrible dreams and visions, hinting that he might have a telepathic connection with the virals.